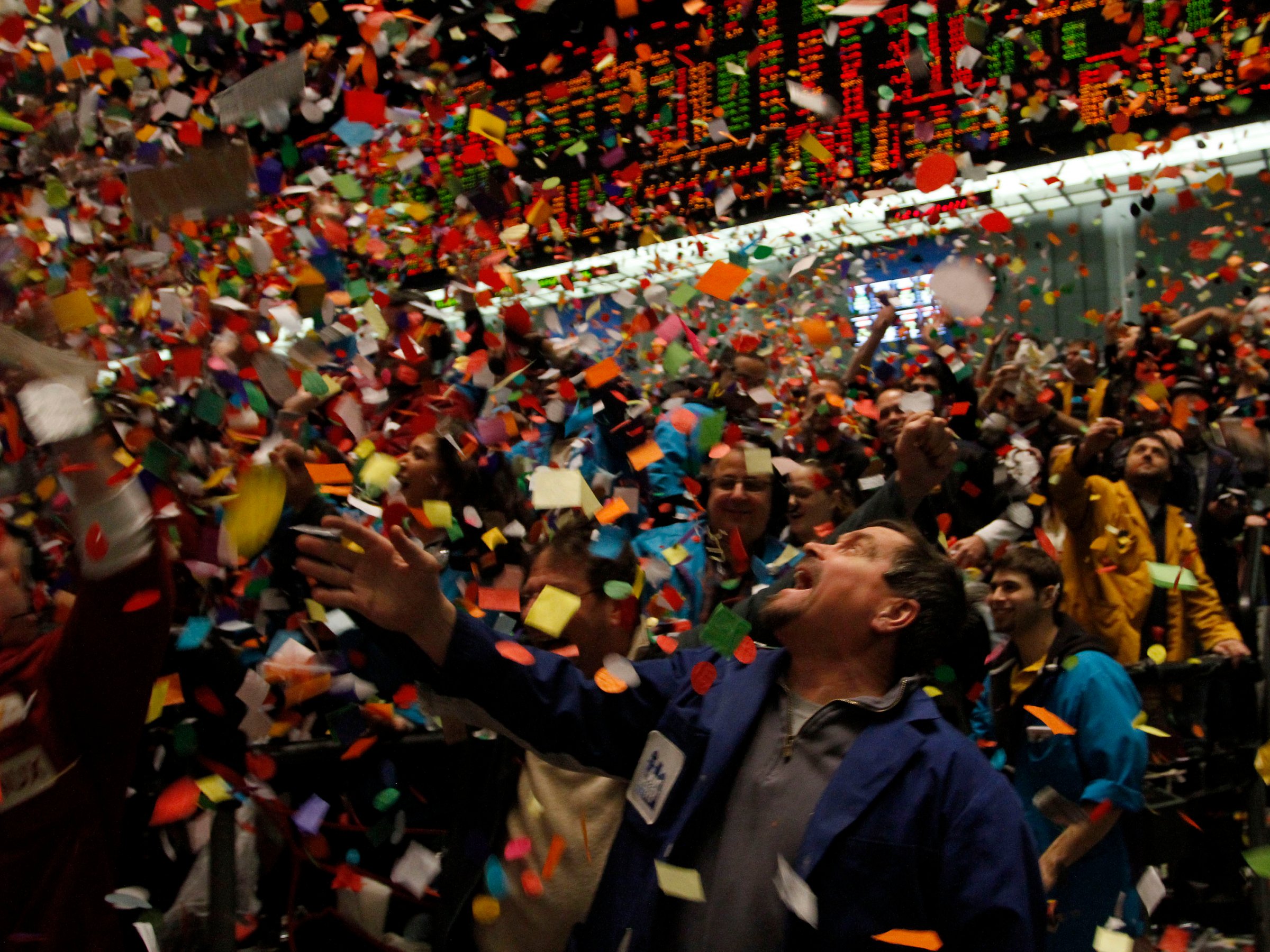 The stock market hasn’t been this dead in 24 years, but there’s still plenty of money to be made in investment products that bet on price swings.

Just ask CBOE Holdings, the world’s largest provider of volatility instruments, which smashed first-quarter earnings expectations on Tuesday due largely to investor appetite for wagers on the firm’s proprietary index, also known as the VIX.

Futures trading in the VIX, which serves as a barometer for equity investor uncertainty, saw its third-highest volume on record during the quarter, even though the so-called fear gauge remained locked in a range between 10 and 14 over the period. It also fell to its lowest since 1993 earlier this week. For context, the measure has averaged 18.73 over the eight-year bull market.

One major reason is that, although current volatility is close to the lowest on record, investors have been betting in droves on price swings further down the line. The measure in question, known as skew, rises when traders pay a higher premium for future contracts betting on a VIX increase, even if the underlying asset isn’t moving much at present.

The purchase of those VIX calls ultimately translates to a bearish bet on the S&P 500, allowing it to function as a downside hedge for US stocks, which sit near record highs.

UBS senior equity analyst Alex Kramm said that prices on VIX contracts ramp up in increasingly steep fashion as expirations move further out, and that correlations between stocks are particularly low right now.

“This all leads to a very favorable hedging environment using out-of-the-money calls on the VIX,” Kramm wrote in a client note on Tuesday. “Management expects this trend to continue for some time given uncertainty and likely delays in potential US policy changes.”

The low volatility environment also led to a record quarter for options on the S&P 500 itself. It’s made the systematic sale of those options — a strategy known as “harvesting premiums” — profitable, according to UBS.

When doing this, investors generally use short-dated options and roll their existing positions forward frequently. This, in turn, gins up trading volume in S&P 500 products, many of which are offered by CBOE.

Looking beyond options trading, CBOE’s earnings report was also the first to include Bats Global Markets, which the company acquired on March 1. The deal is expected to expand CBOE’s global presence, while also resulting in cost savings and a more diversified revenue mix, according to UBS.

A major initiative for Bats is its plan to offer a cheaper options for closing auctions conducted for New York Stock Exchange and Nasdaq-listed stocks. Designed in response to rising fees on other exchanges, the proposal is expected to be met with staunch opposition by the market-leading NYSE.

The average 12-month price target of analysts covering the stock is now $88.33, 7.4% above the company’s stock price the day before the earnings release.

NOW WATCH: China built a $350 million bridge that ends in a dirt field in North Korea