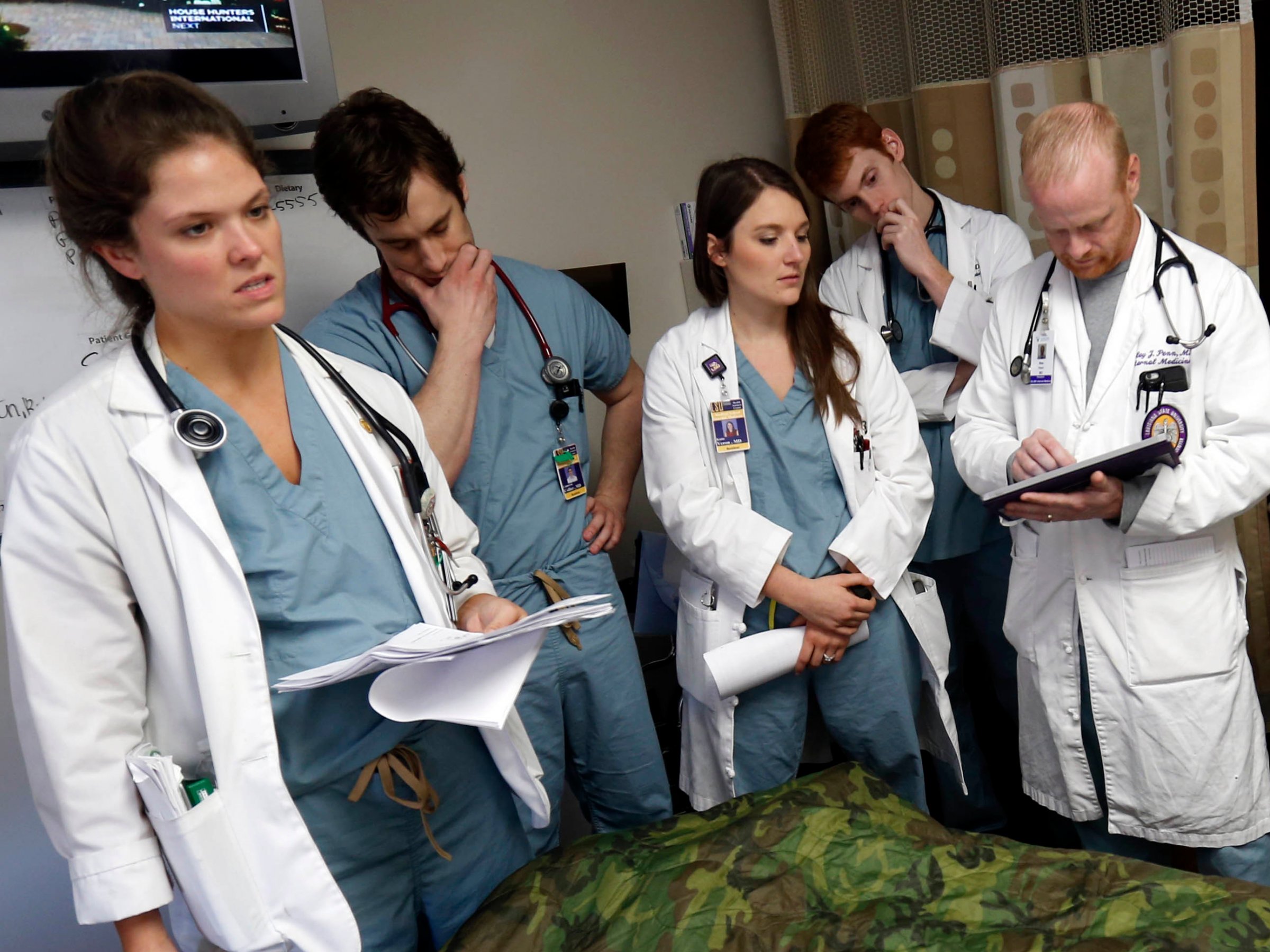 Once confined to the fringes of debate, the idea of single-payer healthcare is making a comeback with support from some unlikely places.

The single-payer healthcare is a system used by countries including Canada, France, the UK, Australia, and others that in theory provides near universal coverage through the government rather than private insurance companies (some countries use a hybrid public/private structure).

While progressive groups have long pushed for a single-payer system in the US, some of the richest and most powerful Americans — many of them Republicans — have recently brought up the possibility of shifting to the single-payer system.

The most recent, and perhaps most striking, was the admission by Aetna CEO Mark Bertolini, at a private conference, that the US should start considering the idea.

According to Vox’s Sarah Kliff, Bertolini told Aetna employees at a town-hall-style meeting that regarding single-payer, “I think we should have that debate as a nation.”

Kliff said, according to a person who was in attendance and provided the comments, that Bertolini did not support a total government-run single-payer system, but could be open to a private-public system that is used in some nations.

“So the industry has always been the back room for government,” Bertolini said. “If the government wants to pay all the bills, and employers want to stop offering coverage, and we can be there in a public private partnership to do the work we do today with Medicare, and with Medicaid at every state level, we run the Medicaid programs for them, then let’s have that conversation.”

The idea for Bertolini is that the government would finance insurers to provide the care, similar to a Medicare-for-all. The Aetna CEO, however, didn’t think total government run healthcare was the solution, which makes sense considering it would put him out of business.

“But if we want to turn it all over to the government to run, is the government really the right place to run all this stuff?” Bertolini said. “And that’s the debate that needs to be had. They could finance it, and if there is one financier, and you could call that single-payer.”

The shift is understandable for Aetna, since for the first-time most of its business is coming from government programs like Medicare and Medicaid. Additionally, as Bertolini repeatedly likes to point out in interviews, the insurer was the first Medicare provider in 1965.

In addition to the CEO of one of the five largest public insurers in the US, the single-payer idea has also received recent calls of support from American business titans Warren Buffett and Charlie Munger. Munger, who is a Republican, railed against the current US healthcare system at Berkshire’s annual meeting on May 6, and in subsequent interviews said the country should shift to single-payer.

“The whole system is cockamamie,” Munger said in an interview with CNBC’s Becky Quick on Monday. “It’s almost ridiculous in its complexity and it’s steadily increasing cost and Warren is absolutely right. It gives our companies a big disadvantage in competing with other manufacturers. They’ve got single-payer medicine and we’re paying it out of the company.”

Buffett, when asked by Quick if he supported single-payer said, “I personally do.”

Buffett also bemoaned the fact that the US pays roughly 17% of GDP to healthcare costs (according to the Centers for Medicare and Medicaid Services it was 17.8% of GDP in 2015), much higher than any other developed nation. The Berkshire CEO noted that these increased costs for businesses are holding back American competitiveness, rather than the corporate tax rate.

Even President Donald Trump praised Australia’s public-private system (the government pays roughly 70% of all healthcare costs) in a meeting with Prime Minister Malcolm Turnbull and in subsequent tweets.

“I shouldn’t say this to our great gentlemen and my friend from Australia … cause you have better healthcare than we do,” Trump said in his meeting with Turnbull on May 5.

After critics noted that Australia has a universal healthcare system in which the government pays roughly 70% of all costs, Trump took to Twitter to defend the comment the next day.

“Of course the Australians have better healthcare than we do — everybody does,” Trump tweeted.

Currently, however, much of the single-payer debate is simply talk. The Republican bill to repeal and replace Obamacare is more of a step away from single-payer and the GOP’s control over Congress and the White House makes any movement towards single-payer unlikely.

There is some work being done on the state level, though. Both California and Illinois are discussing legislation that would provide single-payer in those states. Other states have also discussed the issue in the past.

While the government is unlikely to adopt the change anytime soon, the growing burden of healthcare costs has driven insurance CEOs, wealthy investors, and even indirectly the president, to bring up single-payer as a possible solution.