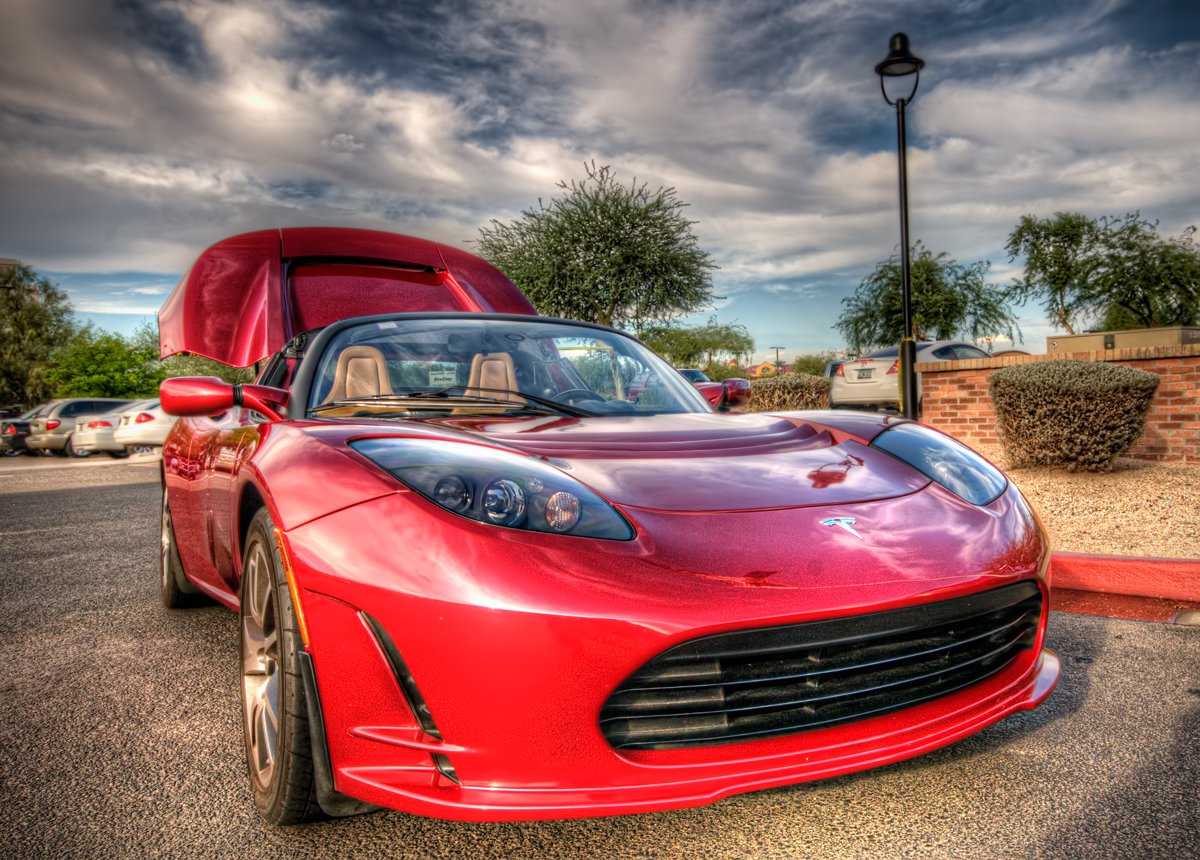 I want the sexy old Tesla back

You can pre-order a Model X right now, but the Model 3 isn’t expected to arrive until 2017.

These two Teslas are all anyone has been talking about lately — especially Wall Street analysts who want to figure out which way Tesla’s extremely volatile stock price is headed.

But Tesla is working on another car that nobody ever mentions.

It’s going to be such a fast and sexy car that CEO Elon Musk has reserved a special category of speed for it: “Maximum Plaid.”

Ludicrous Mode already enables Tesla’s Model S P90D sedan to serve up the kind of acceleration we normally enjoy in Ferraris and Lamborghinis. It weakens the knees to imagine what “Maximum Plaid” will feel like.

And the car that Tesla has designated for its 0-to-60 mph crown is a blast from the past: the Roadster.

Some Tesla observers suspected that the company was going to let its first car fade away. With a Lotus-inspired chassis and an early version of Tesla’s electric powertrain, the Roadster was a blistering little thing, capable of sub-four-second 0-to-60 runs — with the top down — in “Sport” trim (a 2.0 version of the original Roadster).

But Tesla isn’t going to let the Roadster go the way of the Dodo. In fact, before 2020, a new Roadster should hit the streets. Wikimedia CommonsSoon to be updated.

Even if you think Tesla should be all about building no-nonsense electric vehicles for the everyman — and that its priority needs to be beating back challengers on that front — you have to admire the company’s dedication to its roots.

You also have to appreciate that while Tesla is trending in the direction of boring with its master plans, it doesn’t want to abandon sexy completely.

The whole point of the original Roadster was to change hearts and minds about electric cars. They didn’t have to be glorified golf carts; they could be hot and dazzling and super-cool paradigm-shifters. The Roadster was astonishing when it hit the scene in the mid-2000s. We don’t see them as often as we used to, but when we do, they still turn heads. “Wow! That’s a Tesla!”

In many respects, Tesla has shown any new entrant to the auto space how it’s done. You have to grab the public by the lapels and shake.

Just look at Faraday Future, a mysterious new carmaker, and what it did at CES earlier this year. Faraday’s plans for world domination rest on developing a very flexible platform for EVs and connected cars. But what they pulled the cover off of in Las Vegas was a concept that looked ready to run the 24 Hours of Le Mans on the rings of Saturn. For the past few months, plenty of worry has been expressed about Tesla’s prospects, as it struggles through some obvious growing pains. But the idea that Tesla will ultimately be selling at least four and probably more cars, with a overtly high-performance two-seater at the pinnacle of the range, should be reassuring.

This is what the world’s premier automakers, from Porsche to BMW to even General Motors (Corvette, anybody?), all do: build really compelling cars, at times versatile, at times dull, but also at times frivolous.

And don’t forget, as much as Tesla is about self-driving cars and vehicles than can be transformed via overnight software releases, the company’s DNA has wound into it more than a fair amount of rubber-meets-the-road. I’ve driven the Roadster, and I’m here to tell you, although it may have been the car of the future at one time, it was also damned thrilling to pilot on a sunny day in Southern California.

The Roadster was the Tesla that started it all. Everyone should be talking about how great it is that Tesla is going to keep it around. SEE ALSO:That new Tesla probably won’t be as cheap as you think

NOW WATCH: Here’s what it’s like to drive a Tesla on the new Autopilot mode