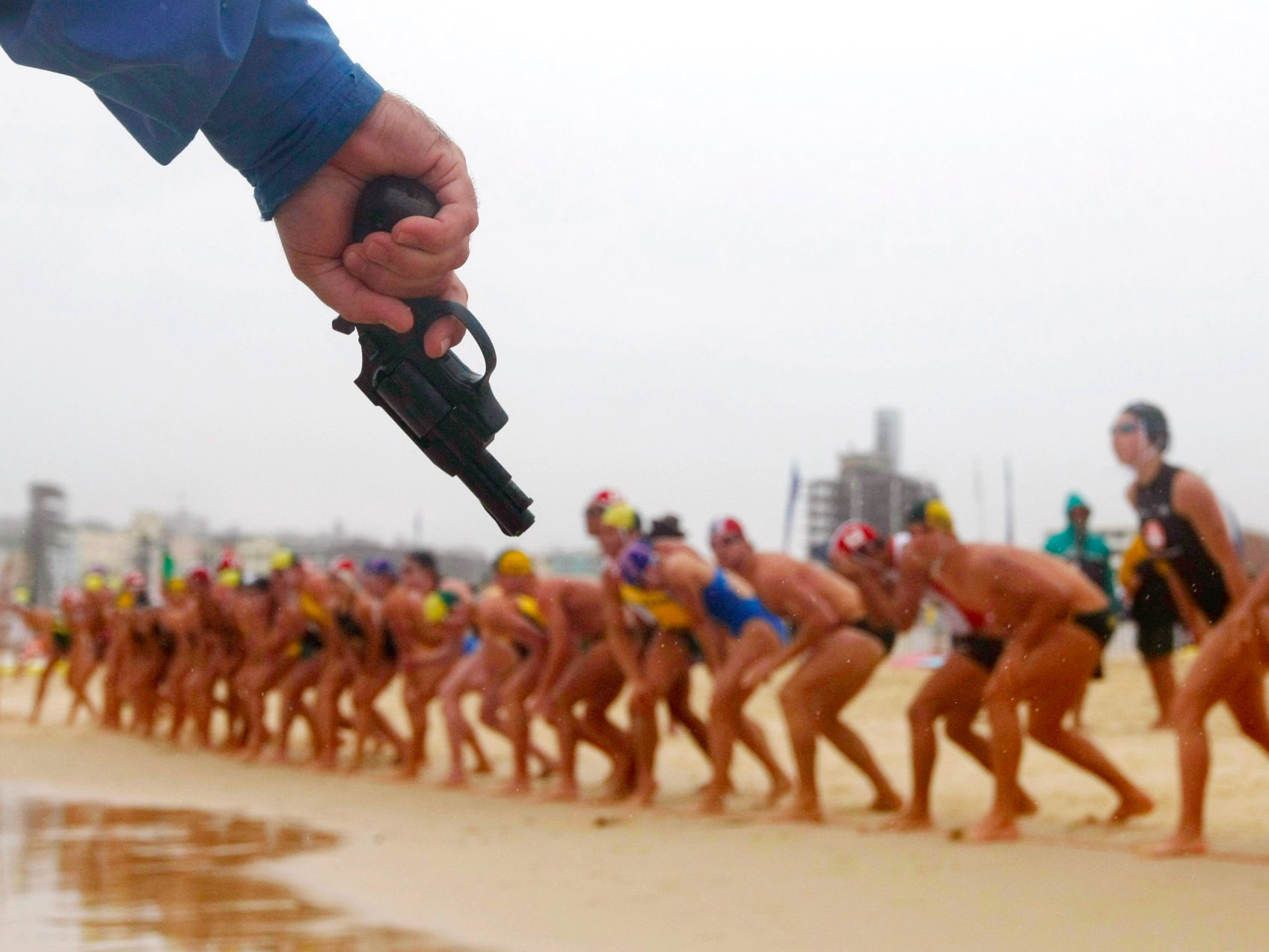 ReutersCompetitors take their positions for the start of the Mixed Surf Teams swimming event at the International Surf Rescue Challenge on Sydney’s Bondi Beach December 1, 2007.

It’s almost 2016, so Business Insider has asked a bunch of the smartest minds on Wall Street to tell us what they think will happen next.

Here’s a prediction for the activists, the hedge funds that buy up shares of companies in the hope of effecting changes that will boost the company’s stock price and make money for shareholders.

“Given the carnage in the energy industry, I expect 2016 will be the year of shareholder activism in this underperforming sector of the stock market,” said Jason Ader, CEO SpringOwl Asset Management.

In other words, Ader thinks hedge funds can make a “compelling” case to energy companies under intense stress because of the low price of oil and gas. They’re weak, and that means they’ll have to listen to their shareholders for once.

“Over the last 10 years most companies in the energy sector have been poor shepherds of shareholder capital. The stock prices are all close to the 52-week and 5-year lows. The companies in energy, natural gas, oil, shale and refinery businesses have been undisciplined, fraught with low governance scores from ISS and have had very low independent director turnover,” Ader continued.

“I believe based on fundamental trends that oil prices are very likely to stabilize in 2016 and have a high degree of investment conviction that this thesis is poised to set up quite well over the next three years for the activists and for the shareholders that stand to benefit from activist initiatives.” Ader’s not the only one on Wall Street who thinks this way — who thinks that oil prices are at or near the bottom and that now is the time to strike.

Avenue Capital CEO Marc Lasry called getting into to the distressed debt energy space “a once-in-a-lifetime opportunity” at a Reuters conference on the global investment outlook in November.

Distressed debt — debt belonging to companies in or on the verge of bankruptcy — is Avenue’s specialty. Like Ader, Lasry thinks his thesis is contingent upon the market seeing a bottom in the price of oil.

Around the same time Lasry spoke, consultancies FTI Consulting and Activist Insight polled two dozen activist hedge funds about the entering the energy space, and 52% said the sector was starting to look interesting.

“Most respondents (totaling 44%) identified Energy as the sector that is most undervalued, yielding added opportunity for gains. In contrast, 35% of investors identified Healthcare as the most overvalued,” said the report.

Like Ader and Lasry, though, respondents said they also need to see a sign that the carnage is over to jump in, so get ready to see some action after a bounce.