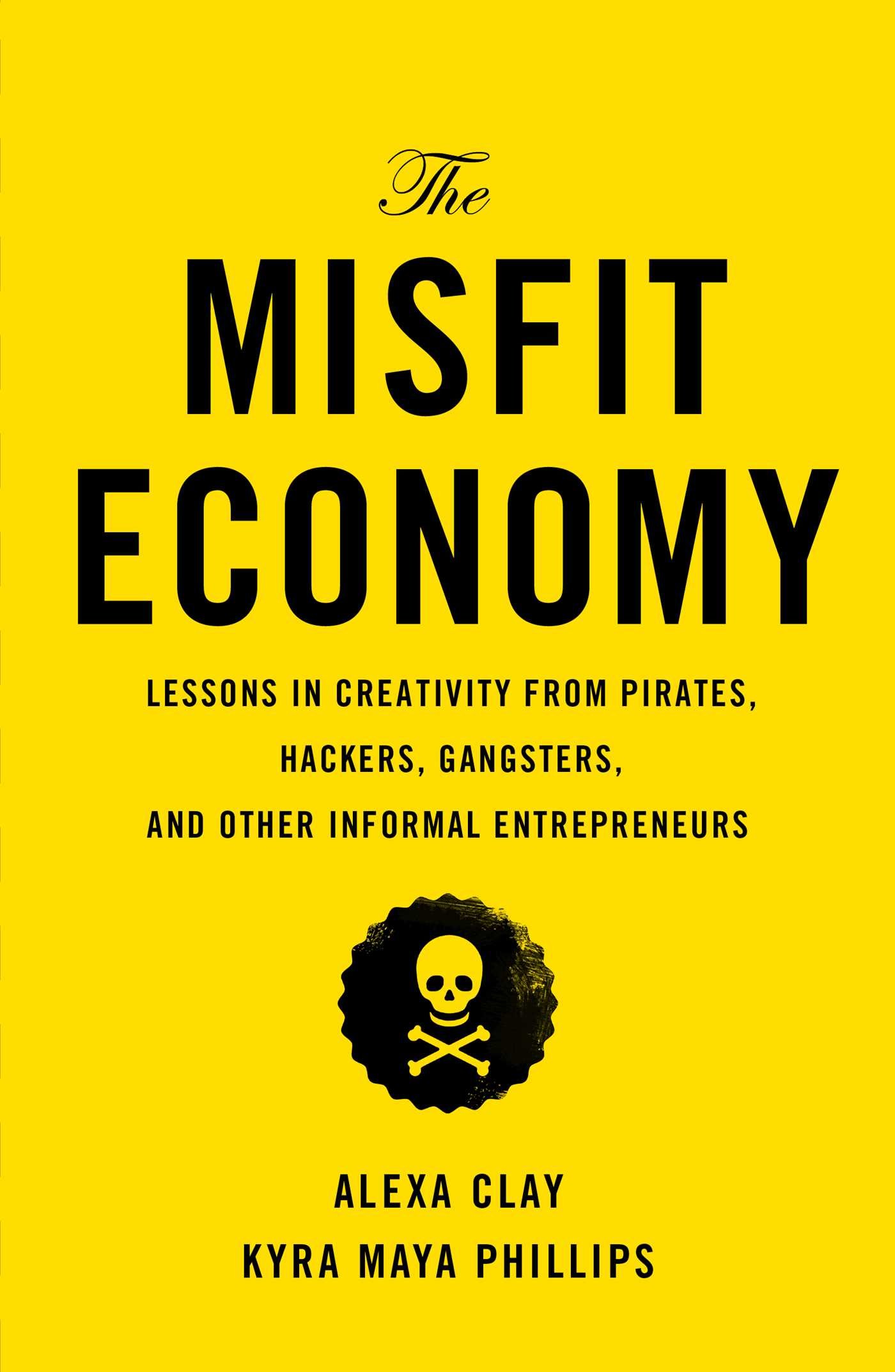 Kyra Maya Phillips recalls sitting in a room with an ex-convict who was fresh out of prison after 21 years.

Phillips was in the middle of interviewing the man for the book she co-authored with Alexa Clay, “The Misfit Economy: Lessons in Creativity from Pirates, Hackers, Gangsters, and Other Informal Entrepreneurs,” which came out in June.

The ex-con was not threatening her, but rather, demonstrating the type of creative thinking he had picked up in prison. Circumstances (i.e. imprisonment) forced him to think outside the box and look at the world from a different perspective than most.

“In prison, you can’t ask yourself the question, ‘How should I do something?’ because you don’t have the tools to answer that question,” Phillips said. “But what you can ask yourself and what you become very good at asking yourself is, ‘How can I do this?'”

Now the ex-con applies that same thinking to his entrepreneurial pursuits.

And that’s really what the book is about.

“The book is a plea to get people who are interested in the subject of entrepreneurship and business and innovation and creativity to hold onto the inclination that we can learn, or be inclined to learn, from the unusual suspects and from the nooks and crannies of the world, rather than where everyone else is looking to for lessons,” Phillips told Business Insider.

Clay described the misfits in their book as an alternative, but legitimate, type of entrepreneur.

“There are all these incredible entrepreneurs in the black market — in the informal economy — that are innovating, that are immensely creative, that are really approaching entrepreneurship through a different lens, but we never hear their stories, and we never really treat them with respect. They’re often in the margins of the economy,” she said. REUTERS/Ministry of Defence/HandoutSuspected Somali pirates in the Indian Ocean. Clay and Phillips interviewed a handful of pirates while researching for the book.

Together, the coauthors interviewed every type of “misfit” they could find — including Somali pirates, drug runners, computer hackers, con artists, Amish entrepreneurs, and King Tone of the Latin Kings gang.

They identified 5 common traits, or habits, among the misfits that have helped them to innovate and succeed:

And though many of the lessons come from outcasts, weirdos, and former criminals, “The Misfit Economy” is still really an uplifiting read.

“I expected for the book to be a lot darker than it is,” said Phillips. “It’s not because they’re not dark — they are people who are trying to rebuild their lives and take what they can from their past into their future in a very productive way, and I find that very light, very inspiring.”