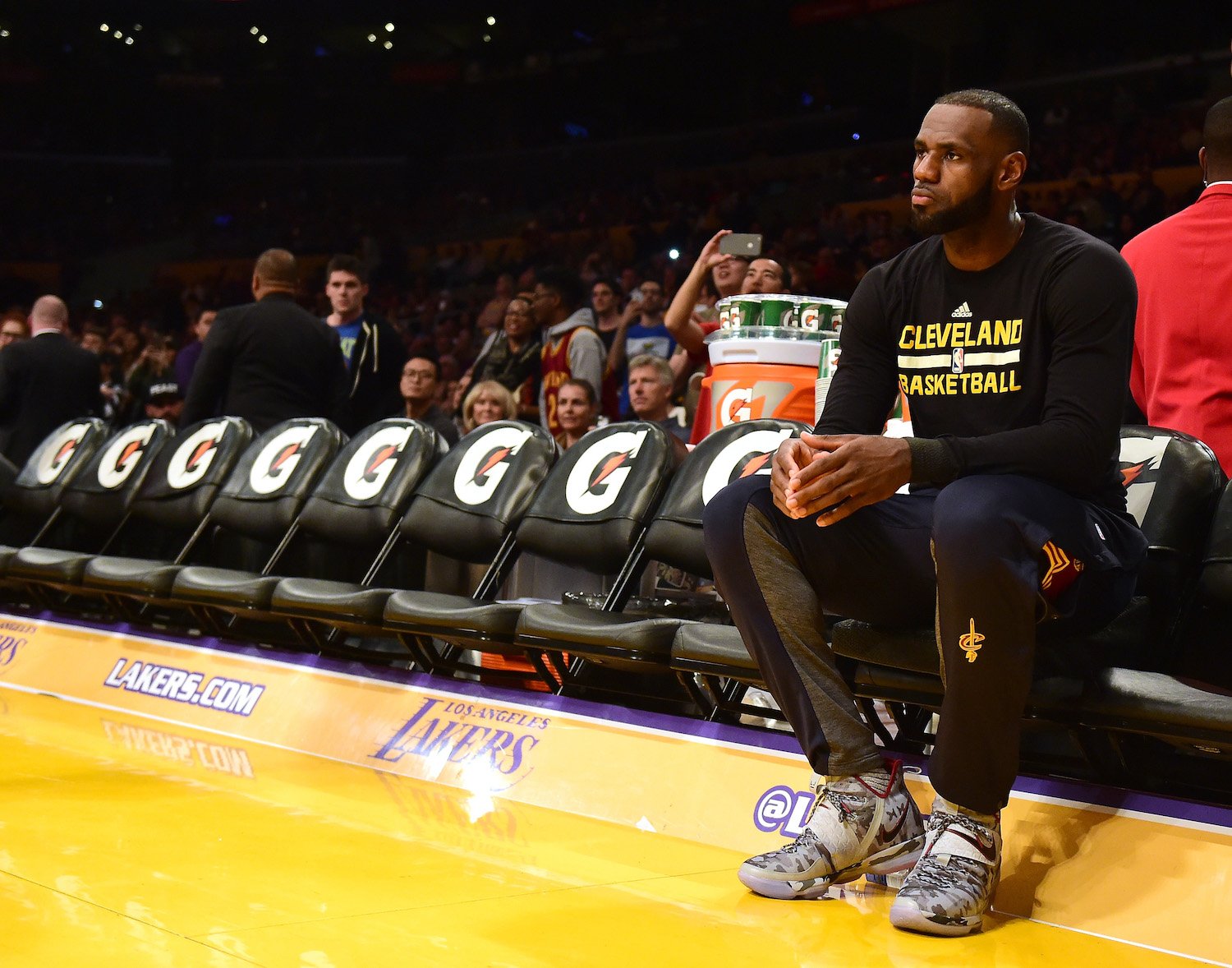 The Cleveland Cavaliers lost again on Thursday night, this time in Chicago to the mediocre Bulls, 99-93.

The loss pushed the Cavs’ record in March to 6-10. Only twice has LeBron James lost 10 basketball games in a single month: this March, and November 2013 — his first full month in the NBA. As of this writing, the Cavs sit a half-game behind the Celtics in the race for the top seed in the East, and only 1.5 games ahead of the Wizards.

Of course, James hasn’t historically needed the top seed to reach the Finals. He’s reached the Finals seven times in 13 seasons; only twice were those teams the no. 1 seed.

Still, there’s plenty to worry about if you’re a Cavs’ fan. Kyrie Irving noted on Thursday that there was recently a players-only meeting, and acknowledged that the defending champs are not in a great place.

“To be perfectly honest, we’re probably all over the place,” Irving said. “It’s no time to kind of back up into the wall and panic. I’m not panicking and I don’t think anyone in this locker room should panic. We’re going to be just fine. It’s ugly right now. It’s real, real ugly. But we’ll get out of this, we’ll be fine.”

For one thing, the defense has been a nightmare — the worst in the league over the month of March. And over the course of the season, they haven’t been much better, ranking 22nd in the league in defensive efficiency. As Chris Herring noted for FiveThirtyEight, should this Cleveland squad reach the Finals, they would be the worst defense in modern history to do so.

But let’s ignore the defense for a second. Because there’s another glaring red flag right now for Cleveland, and that’s what happens when James isn’t on the court.

Since the All-Star Break, James’ net rating is plus-4.7. That means that when he’s been on the court, the Cavaliers are outscoring opponents by 4.7 points per 100 possessions. But when he sits, the Cavs’ net rating is -16.7. To put that in perspective, the Lakers have the worst overall net rating in the NBA this season at -7.8.

Plain and simple, teams are running the Cavs off the court when LeBron is on the bench.

Cavaliers are +4.7 with LeBron on the court since the all-star break. wonder how they do with him off it.

It’s hard to believe that a team with Kyrie Irving and Kevin Love could struggle so much when James sits, especially considering the front office signed several well-known players (Deron Williams, Kyle Korver, Derrick Williams) to bolster their bench ahead of the trade deadline. But that’s what’s happening.

What’s more, as Tim Cato of SB Nation noted, it’s not just this March slump that has seen such a jarring difference in rating between when James sits and when he plays.

“For this season as a whole, Cleveland is a minus-8.2 without James on the court. (Combine that with on-court rating, and James’ presence on and off the floor is a 15 point swing for Cleveland.)”

Now factor in that James has played in 68 games this season and is averaging 37.5 minutes per game (second highest in the league), and that he’s played in six straight Finals. As we’ve noted, LeBron has a singular ability to take his game to a different stratosphere come the playoffs. He, like nobody else in the world, can physically will his team to wins.

But he is human, and he will have to rest at some point during the playoffs. If the Cavs continue to play this poorly while LeBron sits, he’s going to have to play the best basketball of his life just to keep his team in games. And even that might not be enough.

Ultimately, the Cavaliers seem uniquely capable of flipping a switch and playing a higher caliber of basketball (particularly defensively) come the playoffs. They’re still the favorites to come out of the East, after all. But take note: if the bench unit continues to struggle come the post-season, we may just see a different team representing the East in the Finals.