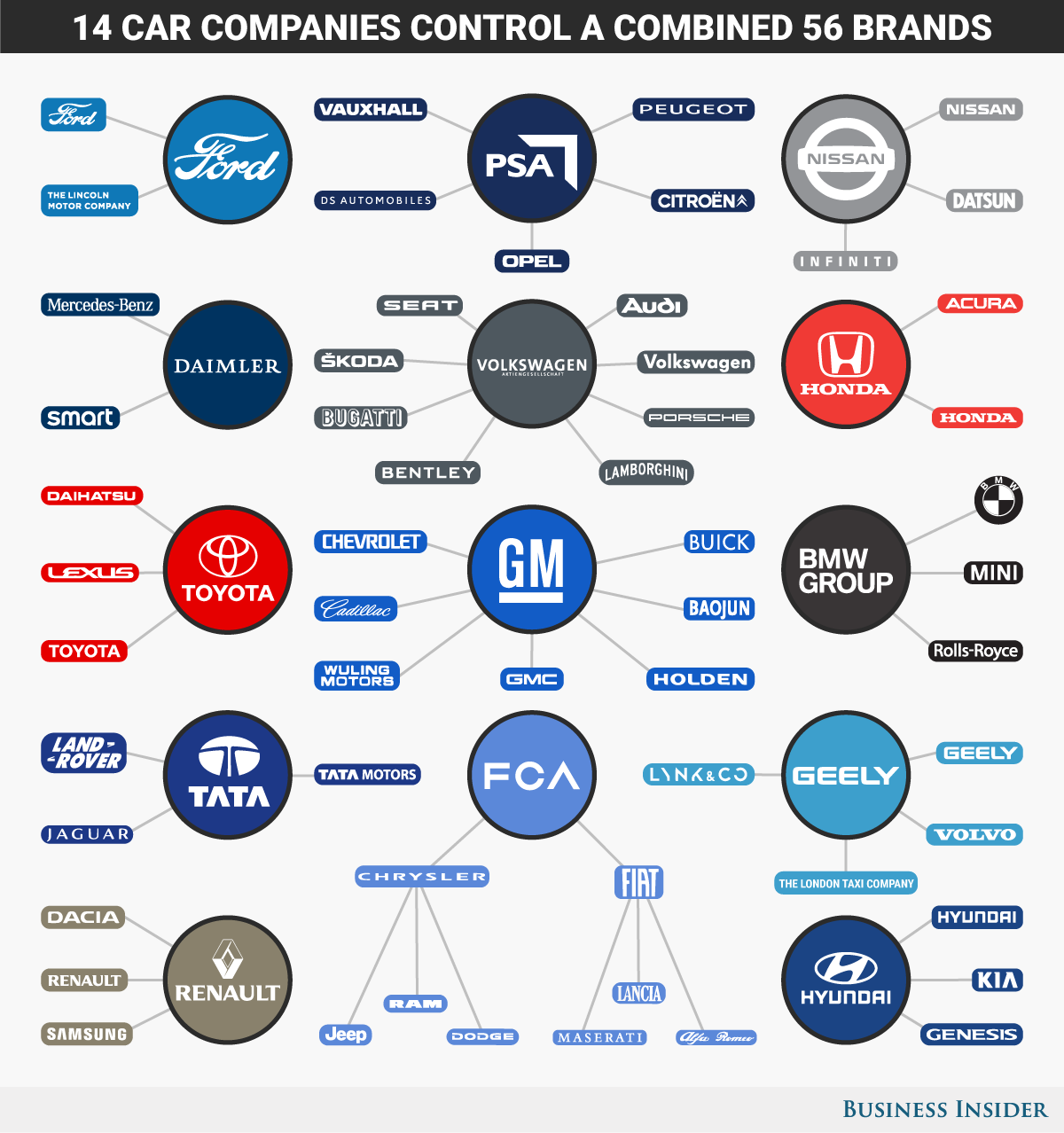 The automotive industry has experienced some incredible growth over the past couple of years. In the US alone, more than 30 automotive brands vie for the 17 million autos that are sold each year.

Around the world, even more brands are selling everything from tiny economy cars to million-dollar exotics for the world’s plutocracy. But the industry is highly consolidated — a handful of major corporations own nearly all of the world’s major car brands.

Over the past year, several major changes occurred in the global car industry. Chief among them is GM’s sale of its European Opel and Vauxhall brands to PSA for $2.3 billion.

This graphic does not include every car company and every brand. Instead, it’s meant to be a visual representation of the amount of influence and market power held by a handful of very powerful companies. As a result, well known names such as Mazda, Subaru, Mitsubishi, and Tesla have not been included because they do not belong to a large car making conglomerate. Ferrari does not appear because it’s been spun off from FCA and floated on the New York Stock Exchange.