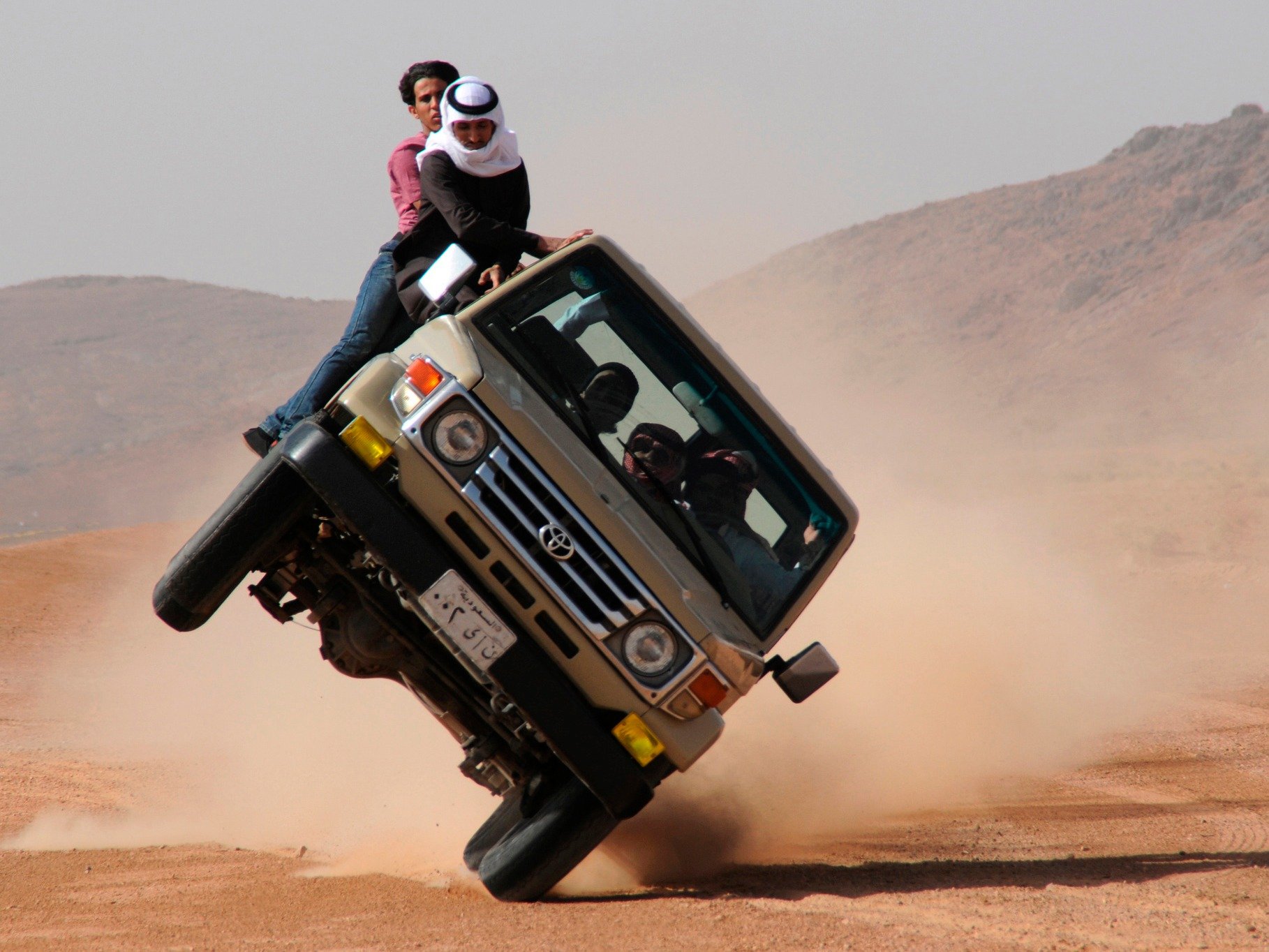 ReutersSaudi youths demonstrate a stunt known as “sidewall skiing” (driving on two wheels) in the northern city of Hail, in Saudi Arabia March 30, 2013.

Saudi Arabia’s budget deficit is about the same size (relative to GDP) as Greece’s just before its sovereign debt crisis.

The oil-rich kingdom will run a deficit of around 13% of GDP in 2016, about the same as Greece in 2009, according to a note from Deutsche Bank.

The low oil price is to blame, which is mostly Saudi Arabia’s own doing.

With oil at $37 a barrel, down from triple digits last year, Saudi Arabia isn’t making as much money as it is spending.

The state will spend $224 billion (£151 billion) on an income of $137 billion. Here’s how that lines up with previous years, according to Deutsche Bank: Government spending has fallen quickly but has further to go. It will cut gasoline subsidies, leading to a 50-66% increase in prices on the ground, and hike electricity and water tariffs.

But, as the next chart shows, Saudi Arabia’s military is its biggest single expenditure.

It spends twice as much on defence as it does on health and social development, and with wars in Yemen and Syria and general unrest in the Middle East, it’s unlikely Saudi Arabia will change that ratio now.

Here’s how the budget is divided up: A 13% budget deficit is big but not a huge deal for an economy like Saudi Arabia, which isn’t running Greek-like sovereign debt piles.

The problem is that Saudi Arabia often spends more than it plans to. And this tendency has increased since the 2008 financial crisis. According to Deutsche Bank, the deficit could be closer to 21% of GDP by the end of 2016 if the country overspends as it has done in the past. Oil won’t be back to its highs anytime soon. OPEC, the oil-producing cartel, released a report last week saying a barrel of the black stuff won’t be worth more than $100 until after 2040. Meanwhile, Iran, which says it can produce oil for $1 a barrel, is getting back into the international market.

So while Saudi Arabia might not be as accustomed to words like “austerity” and “budget cuts” as European nations, it has decades to get used to them.