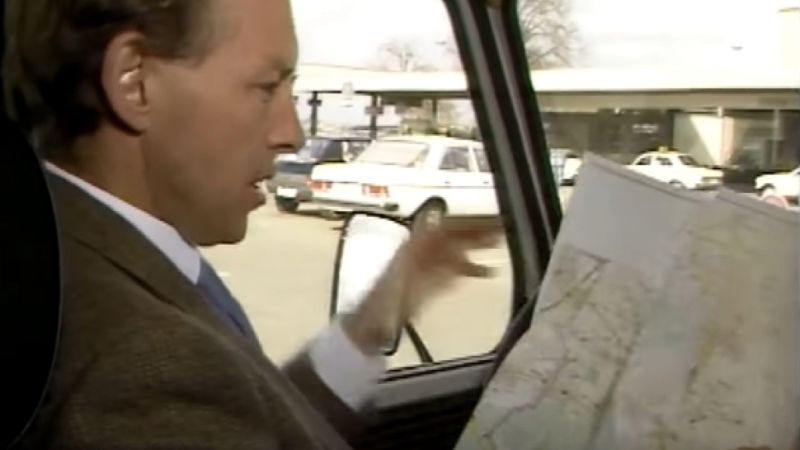 It took decades to get a proper navigation system into cars. The first one you could buy, from Honda, was pretty terrible. But Mercedes had another navigation prototype in the 1980s. It used the power of magnets, and it looks even worse.

Sure, it must’ve seemed like an absolute revelation compared to using a map, but was it? Here’s how you would use it, in steps:

See? Easy as pie. Also, make sure you watch for when the Australian host just craps all over the idea of using satellite triangulation for navigation (which we use today), because it’s “expensive” or whatever.

Clearly, this is much better than whatever we’ve got now.