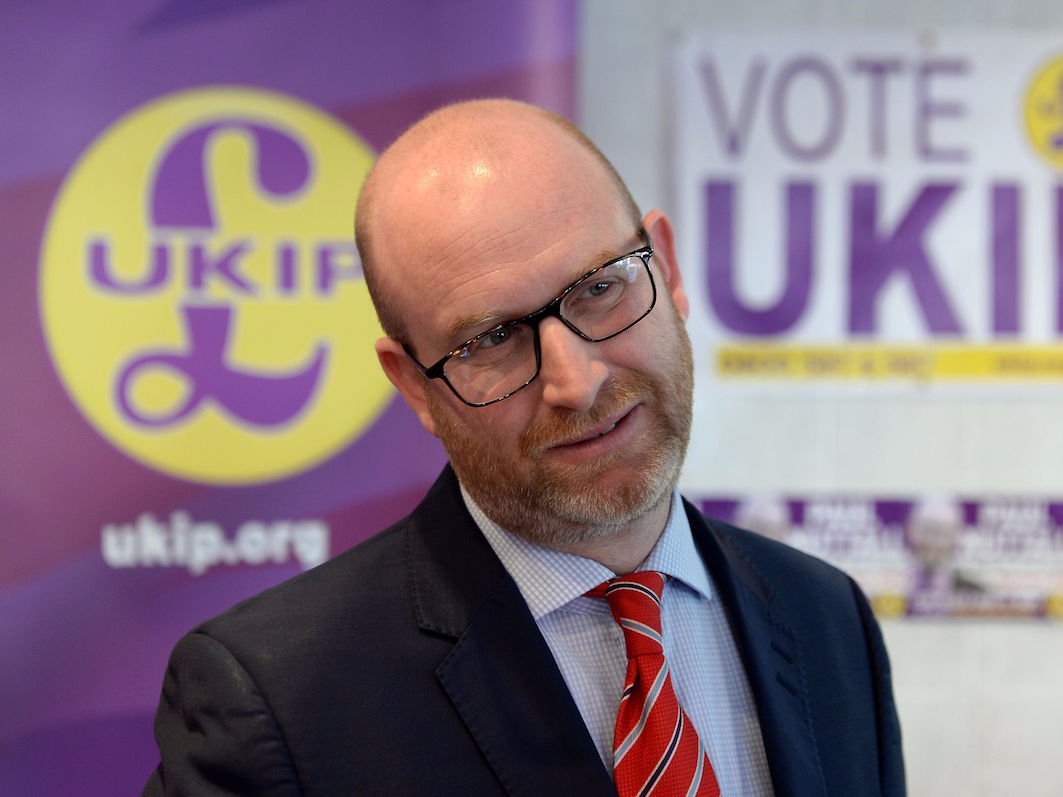 LONDON — UKIP leader Paul Nuttall has repeatedly shot down the notion that the party is nearing its end as a viable electoral force in British politics.

When we asked him on Monday whether former UKIP man Steven Woolfe was right to describe the general election as “breaking point” for the party, Nuttall said “he [Woolfe] would say that” and went on to talk up the party’s future.

However, there is little doubt the party’s support has collapsed since the June referendum and the departure of former leader Nigel Farage. UKIP lost 145 seats in last week’s local elections.

Just 5% of Brits voted for Nuttall’s party, with every UKIP councillor who stood for election suffering defeat. General Election night could be equally bad for the party.

But why is this is happening? Academic Matthew Goodwin has produced a chart illustrating one of the major problems facing UKIP: lots of people who were once loyal to the party are switching to Theresa May’s Tories — and fast.

The chart, based on ICM opinion polls dating back to June 2016, shows how before the June 23 Brexit referendum the vast majority (around 75%) of 2015 UKIP voters intended to back the party at the next general election, with just over 5% saying they will vote for the Conservatives.

However, as of this week, there are more 2015 UKIP voters who intend to vote for Theresa May’s Conservatives at the forthcoming election than those who plan to stay loyal to UKIP. May has completely swept up the UKIP vote. May’s pledge to deliver a patriotic “red, white and blue Brexit” based on reducing immigration and a clean break from the European Union has evidently won over a great number of former UKIP voters. Paul Nuttall, whether he publicly acknowledges it or not, has little to offer on Brexit to Leave voters that the prime minister isn’t already offering.

It’s not just Brexit that has helped May take over the UKIP vote, though. The prime minister’s plan to re-introduce grammar schools has long been a UKIP policy, while her promise to care for ordinary working families and the “just about managing” resonates with working-class UKIP voters who switched to the party having previously voted Labour.

As Professor Goodwin remarks, May has displayed “ruthless efficiency” in pitching to the UKIP voter base.