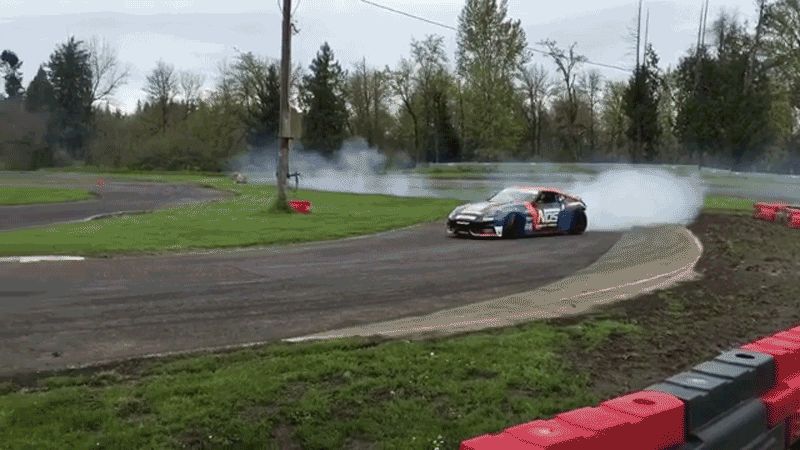 The level of engineering in pro drift cars these days is utterly fascinating. Here is, for instance, Chris Forsberg’s twin-turbo, anti-lag Nissan VQ V6 putting down four-figure horsepower numbers while sounding like the whole world is ending.

Well, a better descriptor might be that it sounds like the engine is falling down a flight of stairs while it’s running. It’s supposed to sound like that, though. Each turbo has its own anti-lag system, combusting its own air and fuel to keep the turbo boosting even when the driver lifts off the throttle.

The driver, in this case, is not Forsberg himself but PNW resident and Formula Drift Mustang pilot Chelsea DeNofa, who successfully did not crash or break the car. As far as we know.

I’d like to say I know how big this engine is, but Forsberg couldn’t get his first two copies of this engine to work, each in 4.2 liter guise. I think I remember Forsberg saying that him and his Nameless Performance team might experiment with a 4.0 liter configuration, but I’m really not sure.

Chris Taught Me How To Drift Once

Why A Formula D Champ Taught Me To Drift, Or Perks Of A Trackside Bar

How Much Power Do You Make From A Twin Turbo Kit?