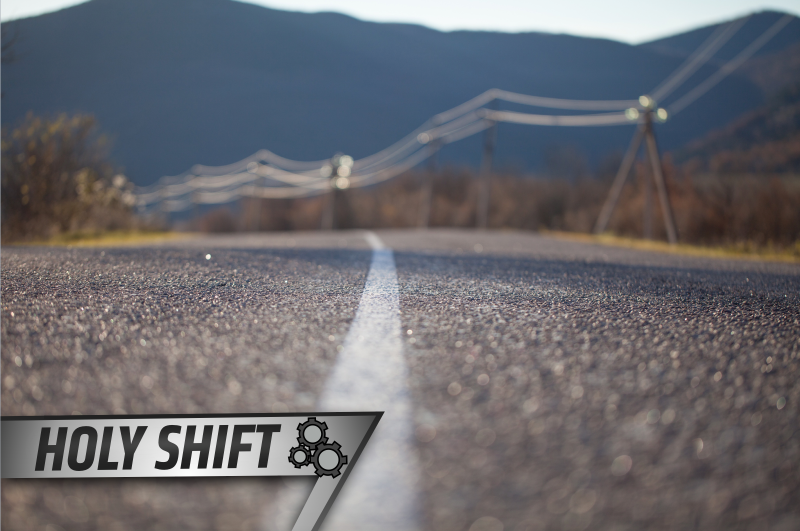 This week, our topic will take a little bit of a detour in order to focus more on the process than the product. A quite literal detour, at that.

An occurrence we all know too well—especially on never-ending highways—is when the pavement underneath our tires gives way to a slab of different texture. Upon a strange but slight elevation change, the cabin noise and feel of the road drastically change—for better or worse, depending on the age of the new slab.

But in Minnesota, it’s a normal thing. Near the city of Albertville, at least. The state Department of Transportation constructed a six-mile stretch of roadway for $25 million, designating the road as a pavement-testing facility dubbed the “MnROAD” and opened in 1994. But for that much money, the roadway consists of a rather, well, motley mix of road materials—50 different mixes, to be exact. And the surface just keeps changing.

And though the road may not rock as hard as Mötley Crüe (used to), its motley gang of test materials may help to keep a rock out of your windshield. That’s something we can all be thankful for.

The amount of surface and material changes is for research, and driving on the road would probably feel like sitting in a poorly made D-BOX movie. Research is done on both a private roadway and one with live traffic feeding from Interstate 94, which means that you can participate in science if you’re ever in Minnesota. Put that in your Twitter bio, like being TIME’s Person of the Year in 2006.

While the facility doesn’t directly involve car innovations, its research helps to make roads across the U.S. more comfortable (and durable) to drive on. That’s due to over 9,500 sensors to track damage, whether from the environment or from traffic. Being in the northern sector of the U.S. also allows researchers to see what best survives in frigid winters—a fitting topic for this time of year.

Employees at the facility found out rather quickly that the wintery environment would become a main test for the road. Originally meant to judge how thick pavement should be, a shift in focus came when the cold weather cracked the test roads.

Researchers divided the year into five seasons to account for the extra moisture present between the thawing of winter and start of spring, and studies led to both more flexible road designs and new legislation. About 10 years after the facility opened, load limits for trucks in both winter and spring came about.

From Benefits of the Minnesota Road Research Project, a paper on the MnROAD:

But the facility constantly pushes its set boundaries. Employees load up semis to the maximum allowable weight on state roads—80,000 pounds—and drivers make laps around the course in order to collect data. From the Minnesota Department of Transportation’s YouTube upload:

Below is a video featuring one of the truck drivers, who describes his day job as “trying to do damage to the road.” Sounds enjoyable:

Test tracks have been around since the 1950s, and others now collaborate with those at MnROAD to better their programs. According to test reports from the facility, study outcomes “are estimated to save $33 million/year … and 10.3 million/year” on road-related matters and maintenance across Minnesota.

While we’ll probably never see road-based vehicles able to travel safely in blizzard conditions like New York City faced last week, at least we can feel comfortable that this facility and others develop roads to withstand the storm. And other things that could damage them, of course.

After all, no one wants to emerge from winter hibernation to a cracked highway. And certainly no one wants traffic to be redirected for road reconstruction more than it already has to be.

Hat tip to Jim! Thanks for the email!

If you have suggestions for future innovations to be featured on Holy Shift—in street cars, the racing industry or whatever you’d like—feel free to send an email to the address below or leave them in the comments section. The topic range is broad, so don’t hesitate with your ideas.