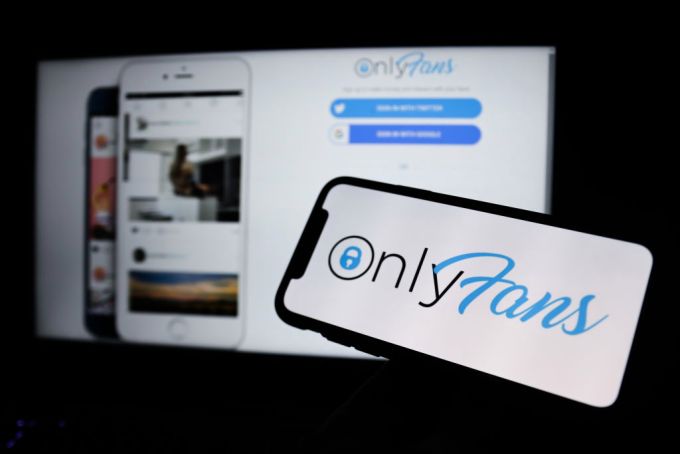 Welcome back to This Week in Apps, the weekly TechCrunch series that recaps the latest in mobile OS news, mobile applications and the overall app economy.

The app industry continues to grow, with a record 218 billion downloads and $143 billion in global consumer spend in 2020. Consumers last year also spent 3.5 trillion minutes using apps on Android devices alone. And in the U.S., app usage surged ahead of the time spent watching live TV. Currently, the average American watches 3.7 hours of live TV per day, but now spends four hours per day on their mobile devices.

Apps aren’t just a way to pass idle hours — they’re also a big business. In 2019, mobile-first companies had a combined $544 billion valuation, 6.5x higher than those without a mobile focus. In 2020, investors poured $73 billion in capital into mobile companies — a figure that’s up 27% year-over-year.

This Week in Apps offers a way to keep up with this fast-moving industry in one place with the latest from the world of apps, including news, updates, startup fundings, mergers and acquisitions, and suggestions about new apps and games to try, too.

Do you want This Week in Apps in your inbox every Saturday? Sign up here: techcrunch.com/newsletters 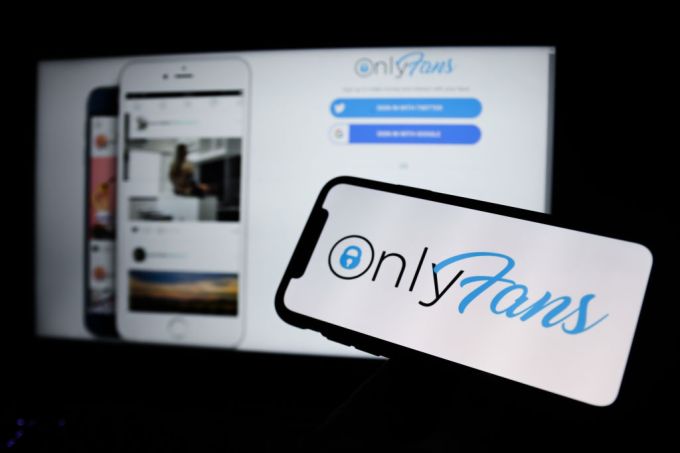 The news followed a big marketing push for OnlyFans’ porn-free (SFW) app, OFTV, which circulated alongside reports that the company was looking to raise funds at a $1 billion+ valuation. OnlyFans may not have technically needed the funding to operate its current business — it handled more than $2 billion in sales in 2020 and keeps 20%. Rather, the company may have seen there’s more opportunity to cater to the “SFW” creator community, now that it has big names like Bella Thorne, Cardi B, Tyga, Tyler Posey, Blac Chyna, Bhad Bhabie and others on board. 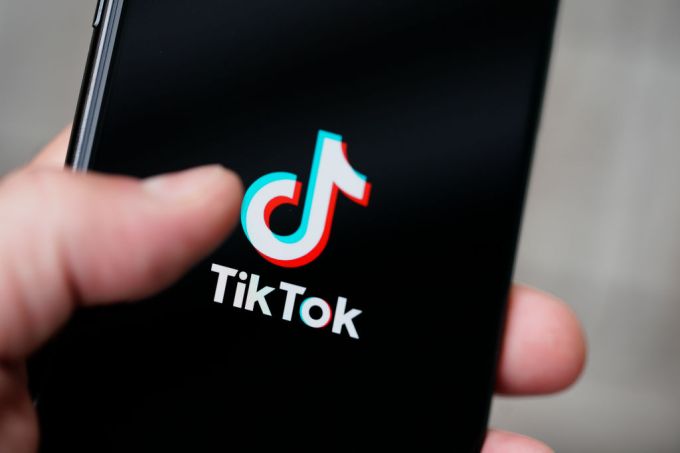 U.S. lawmakers are challenging TikTok on its plans to collect biometric data from its users. TechCrunch first reported on TikTok’s updated privacy policy in June, where the company gave itself permission to collect biometric data in the U.S., including users’ “faceprints and voiceprints.” When reached for comment, TikTok could not confirm what product developments necessitated the addition of biometric data to its list of disclosures about the information it automatically collects from users, but said it would ask for consent in the case such data collection practices began.

Earlier this month, Senators Amy Klobuchar (D-MN) and John Thune (R-SD) sent a letter to TikTok CEO Shou Zi Chew, which said they were “alarmed” by the change, and demanded to know what information TikTok will be collecting and what it plans to do with the data. This wouldn’t be the first time TikTok got in trouble for excessive data collection. Earlier this year, the company paid out $92 million to settle a class-action lawsuit that claimed TikTok had unlawfully collected users’ biometric data and shared it with third parties. 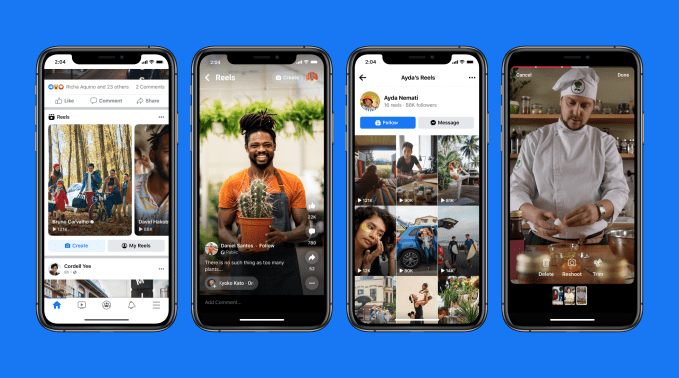 Yik Yak returns from the dead 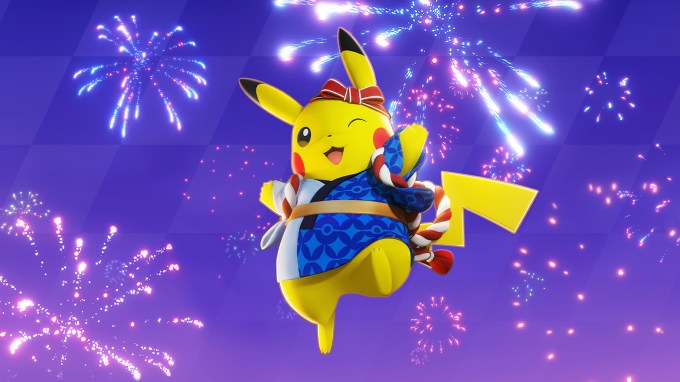 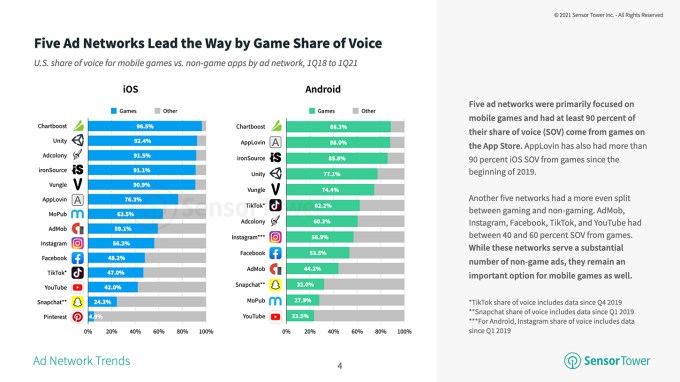 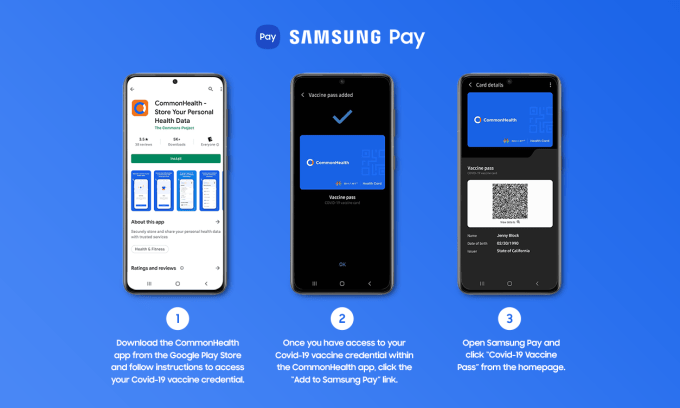 💰 Gaming platform Roblox acquired a Discord rival, Guilded, which allows users to have text and voice conversations, organize communities around events and calendars and more. Deal terms were not disclosed. Guilded raised $10.2 million in venture funding. Roblox’s stock fell by 7% after the company reported earnings this week, after failing to meet Wall Street expectations.

💰 Travel app Hopper raised $175 million in a Series G round of funding led by GPI Capital, valuing the business at over $3.5 billion. The company raised a similar amount just last year, but is now benefiting from renewed growth in travel following COVID-19 vaccinations and lifting restrictions.

💰 Indian quiz app maker Zupee raised $30 million in a Series B round of funding led by Silicon Valley-based WestCap Group and Tomales Bay Capital. The round values the company at $500 million, up 5x from last year.

💰 Danggeun Market, the publisher of South Korea’s hyperlocal community app Karrot, raised $162 million in a Series D round of funding led by DST Global. The round values the business at $2.7 billion and will be used to help the company launch its own payments platform, Karrot Pay.

💰 Bangalore-based fintech app Smallcase raised $40 million in Series C funding round led by Faering Capital and Premji Invest, with participation from existing investors, as well as Amazon. The Robinhood-like app has over 3 million users who are transacting about $2.5 billion per year.

💰 Social listening app Earbuds raised $3 million in Series A funding led by Ecliptic Capital. Founded by NFL star Jason Fox, the app lets anyone share their favorite playlists, livestream music like a DJ or comment on others’ music picks.

💰 U.S. neobank app One raised $40 million in Series B funding led by Progressive Investment Company (the insurance giant’s investment arm), bringing its total raise to date to $66 million. The app offers all-in-one banking services and budgeting tools aimed at middle-income households who manage their finances on a weekly basis.

📉 Trading app Robinhood disappointed in its first quarterly earnings as a publicly traded company, when it posted a net loss of $502 million, or $2.16 per share, larger than Wall Street forecasts. This overshadowed its beat on revenue ($565 million versus $521.8 million expected) and its more than doubling of MAUs to 21.3 million in Q2. Also of note, the company said dogecoin made up 62% of its crypto revenue in Q2. 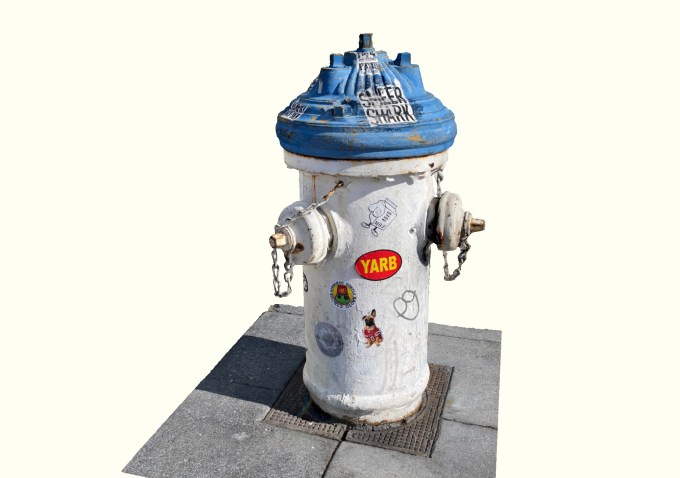 3D scanning software maker Polycam launched a new 3D capture tool, Photo Mode, that allows iPhone and iPad users to capture professional-quality 3D models with just an iPhone. While the app’s scanner before had required the use of the lidar sensor built into newer devices like the iPhone 12 Pro and iPad Pro models, the new Photo Mode feature uses just an iPhone’s camera. The resulting 3D assets are ready to use in a variety of applications, including 3D art, gaming, AR/VR and e-commerce. Data export is available in over a dozen file formats, including .obj, .gtlf, .usdz and others. The app is a free download on the App Store, with in-app purchases available.

Jiobit, the tracking dongle acquired by family safety and communication app Life360, this week partnered with emergency response service Noonlight to offer Jiobit Protect, a premium add-on that offers Jiobit users access to an SOS Mode and Alert Button that work with the Jiobit mobile app. SOS Mode can be triggered by a child’s caregiver when they detect — through notifications from the Jiobit app — that a loved one may be in danger. They can then reach Noonlight’s dispatcher who can facilitate a call to 911 and provide the exact location of the person wearing the Jiobit device, as well as share other details, like allergies or special needs, for example.

When your app redesign goes wrong… 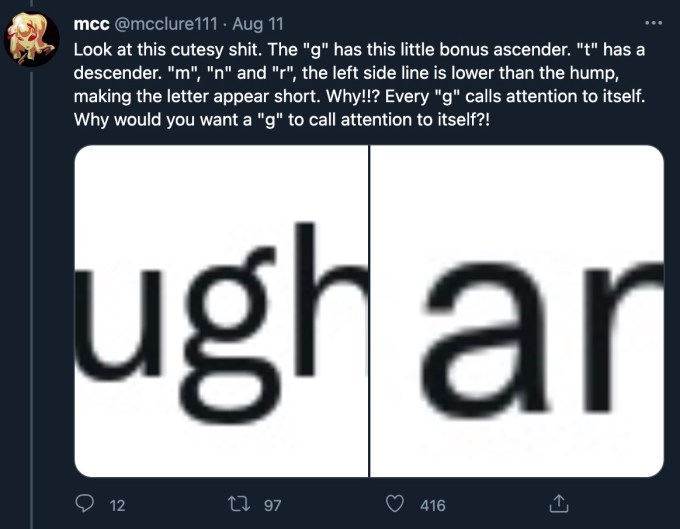 Prominent App Store critic Kosta Eleftheriou shut down his FlickType iOS app this week after too many frustrations with App Review. He cited rejections that incorrectly argued that his app required more access than it did — something he had successfully appealed and overturned years ago. Attempted follow-ups with Apple were ignored, he said. 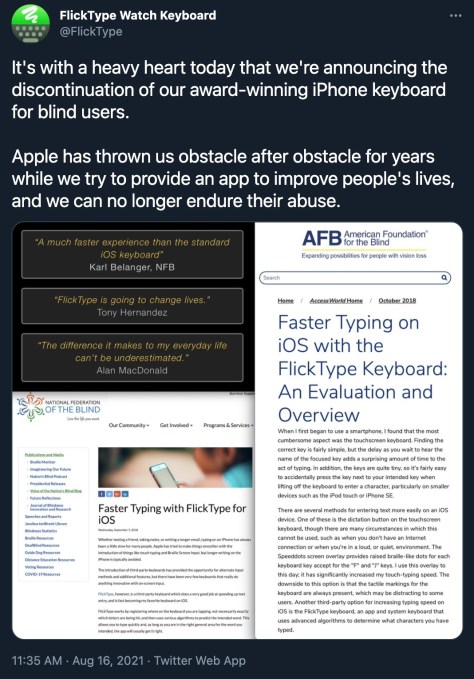 Anyone have app ideas? 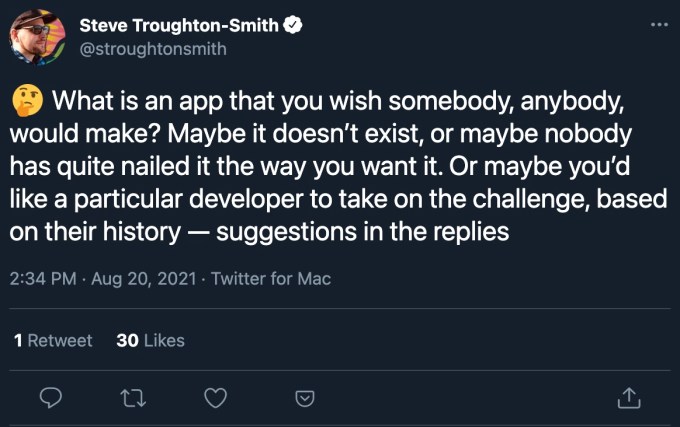