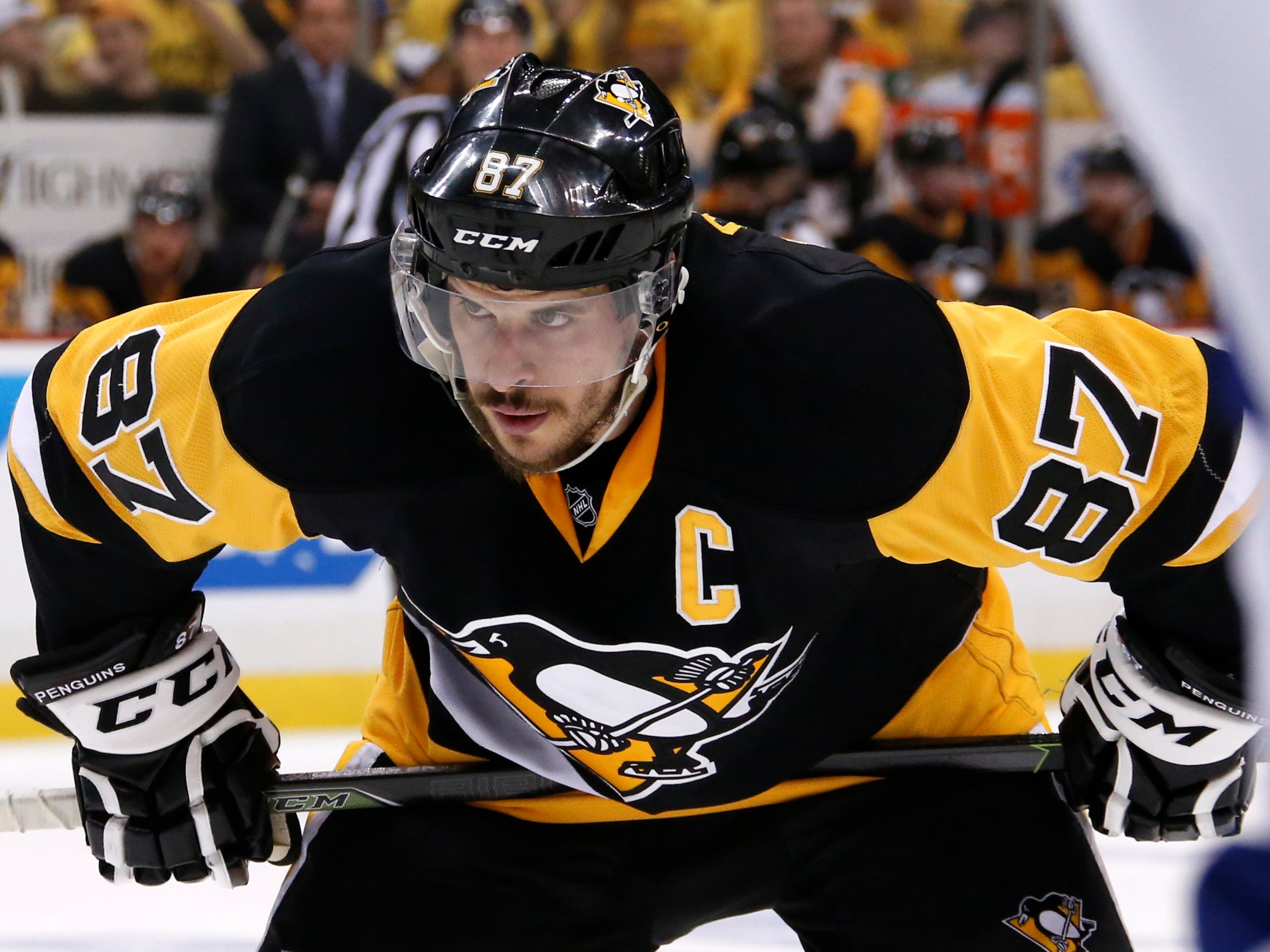 Starting Monday, a Bay Area team faces off against a Rust Belt counterpart in what could be one of the most thrilling championship series their sport has provided in years.

At its core, arguably the best player in the league is trying to cement his legacy by claiming another championship — while a city looks to end a longtime title drought.

On one end, the matchup features a Pittsburgh Penguins team that rebounded from having an offense so inept earlier this season it had to fire its coach.

On the other is San Jose Sharks, a group of savvy warriors from the Golden State that defied all expectations and finally broke through its years-long playoff malaise to make it to the Stanley Cup Final.

The two teams both have an incredible amount of momentum in looking to put away their postseason demons.

The 28-year-old Pittsburgh center will likely go down as one of the greatest players in league history — and as the premier scorer of the post-lockout era. But he really needs that second cup.

As a 21-year-old burgeoning phenom, he won his first back in 2009, becoming the youngest captain in league history to lead his team to a title. But in the years since, he’s faced a number of playoff failures. Over the past six years, the Penguins bowed out in the playoffs to teams they arguably should have been able to beat on at least five occassions. In three of those, they lost a Game 7 at home.

As long as he stays healthy, Crosby should find himself among the top-10 scorers in league history by the time his career is done. Just one player currently in that top 10 failed to win multiple cups. “I think I appreciated it prior to going through some of those things,” Crosby said Sunday. “I think now, having gone through those things, I definitely appreciate it more. I realize how tough it is to get to this point. I’m definitely motivated to win.”

Luckily for him, his surrounding cast is as good as it’s been in his career. The Penguins have even been able to power through Crosby’s — and fellow superstar Evgeni Malkin’s — occasional offensive dry spells.

The Penguins are the hottest team in the NHL, and they enter the Finals on a dominant tear.

Pittsburgh finished up the regular season blowing through the last month on a 14-2 tear. They made quick work of their longtime playoff nemesis, the New York Rangers. They needed six games to dispatch one of the best regular-season teams in recent memory, the Washington Capitals. And they came back from being down 3-2 to defeat last season’s conference champions, the Tampa Bay Lightning.

Crosby and Malkin, Pittsburgh’s big-ticket players, were joined this year by Phil Kessel, the speedy goal scorer who found new life after being run out of Toronto. Kessel has been the team’s leading scorer in the postseason, and formed a third scoring line, after Crosby’s and Malkin’s, that has become the team’s most productive. Pittsburgh’s goaltender, 22-year-old Matt Murray, has been incredibly dependable. If he falters badly at the start of the series against San Jose’s formidable attack, former all-star goalie Marc-Andre Fleury is waiting for his chance at redemption.

It’s hard to assert that the team doesn’t have momentum at its back, unless you’re comparing them to … AP Photo/Marcio Jose SanchezSidney Crosby and Joe Pavelski battle during a game between the Penguins and Sharks late last year.

San Jose has put its fans through agony for years. The Bay Area’s hockey team joined an exclusive list two years ago, becoming the fourth team in NHL history to blow a 3-0 series lead. It came at the hands of the Los Angeles Kings.

Making the postseason this year after missing it altogether in 2015, the Sharks were faced with a familiar foe: the Kings.

The Kings were favored in the series. But the Sharks powered through, followed by subsequent series victories over the Nashville Predators and St. Louis Blues to earn their first Stanley Cup Finals berth in franchise history.

And they did it by lighting the lamp like nobody else.

The Sharks have scored 63 goals in the postseason — good for almost four per game. Of the top six playoff scorers in the NHL, four come from the Sharks.

Forwards Logan Couture and Joe Pavelski have torn up opponents, while top defender and owner of the league’s biggest, bushiest, and best beard Brent Burns has scored at a rate that dwarfs other defenseman.

But the precision of San Jose’s top-three weapons isn’t even the best storyline the team provides. Its two veteran leaders, who are probable inductees to the Hall of Fame after their playing days are done, are playing in the finals for the very first time. Joe Thornton and Patrick Marleau are making their inaugural finals appearance after more than 3,000 games played between them.

“I always believed that next year was going to be the year,” the 36-year-old Thornton said Sunday. “I really did.”

“You’ve just got to believe, and this can happen,” he added. “The nicest thing about the Stanley Cup? That would be winning it, being able to touch it,” said the 36-year-old Marleau, who’s spent all of his 18 professional seasons with San Jose.

Marleau will touch the cup if the finals goes the way the vast majority of league prognosticators predict on NHL.com. A whopping 17 of the 21 believe San Jose will end its Stanley Cup drought.

Aside from the added push for Thornton and Marleau to finally win a much-deserved championship, the Sharks were the regular season’s best road team, where they will start and could finish the series. On the flip side, Pittsburgh has won just one game in San Jose since 1998 — a late-December matchup between the two teams.

San Jose has a deeper, more experienced defense, and goaltender Martin Jones, for the most part, has performed well in the postseason.

The Penguins have been on a mission that extends well past the start of the postseason, and they’ve buried teams at home when they’ve needed to do so in the playoffs, and they have the home-ice advantage in this series. Even in its losses, Pittsburgh has been competitive and often controlling of the tempo of the game. San Jose is on a tremendous roll, but the Sharks have slipped up entirely in games against the Blues and the Predators.

This series will feature plenty of offense, for those who might be disappointed in seeing a good chess match on the ice. But the series is also likely to see multiple overtime games as well, possibly even one to decide the title.

SEE ALSO:Stephen Curry made a key adjustment to keep the Warriors’ season alive that may prove his knee is better