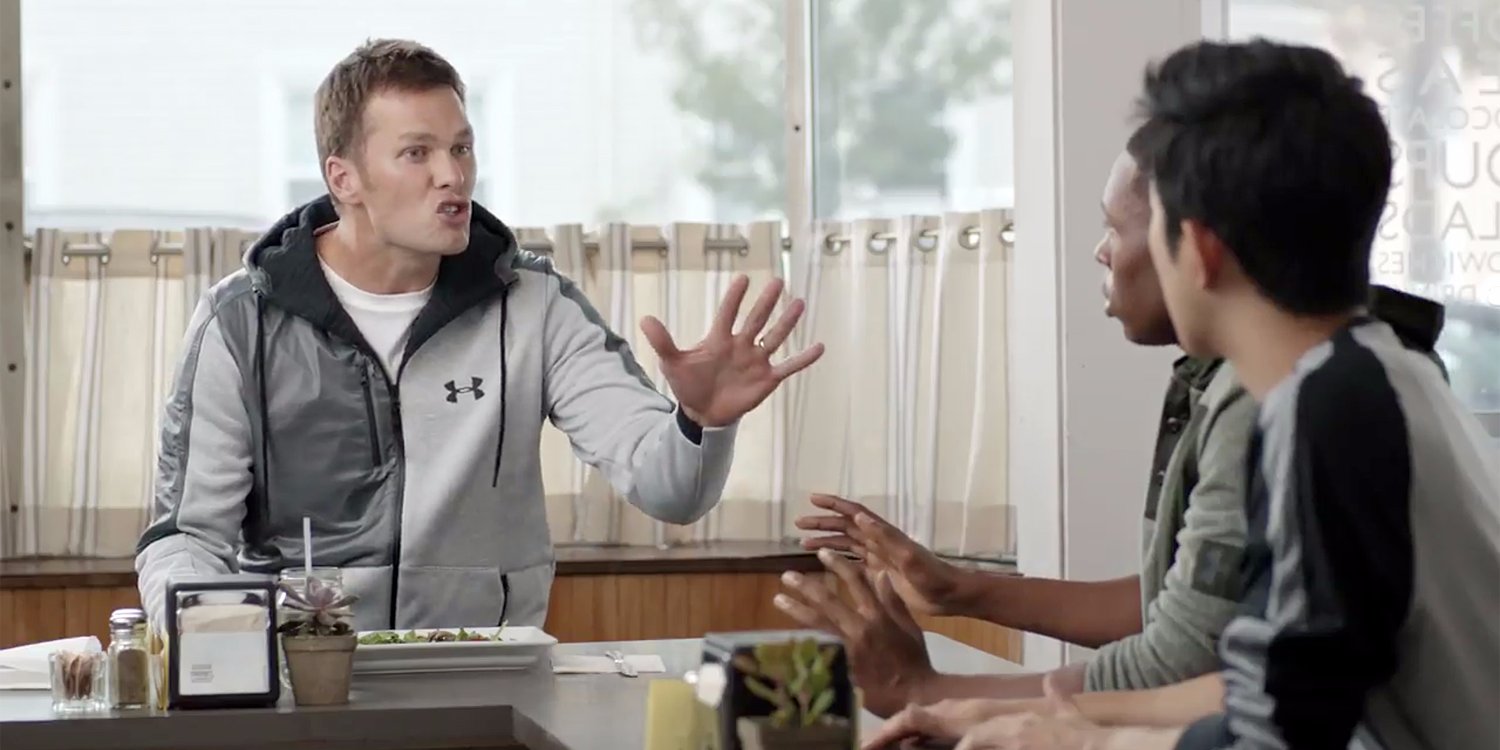 Now that Deflategate is over, Tom Brady is ready to laugh about it.

As two young shoppers sit down at a diner and wonder how the sale can “keep getting better after all these years,” Brady appears and begins lecturing them for asking such a thing.

“That’s an unfortunate mindset you’ve got there,” Brady says. “Just because something is great year after year, doesn’t mean anything is going on. Why can’t some things just be great?”

Brady continues, his voice slowly rising, “It starts with questions, then questions turn into assumptions, and then assumptions turn into vacations. So why would you punish the Week of Greatness for something that never even happened?”

Brady has often not been willing to talk about the subject, but with his suspension behind him, he gives a humorous performance in the ad.

Watch the full commercial below: