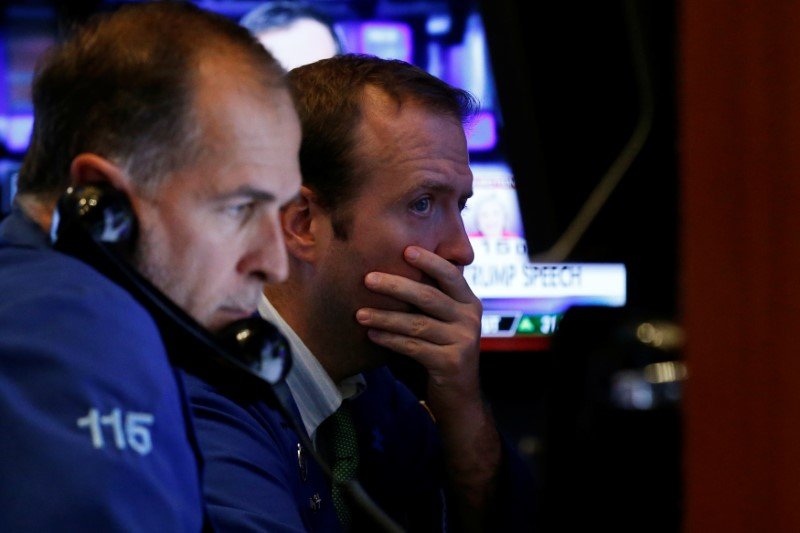 Traders work on the floor of the NYSEThomson Reuters

As stock bears tell it, overconfidence can be the death knell of a market rally.

While that logic has historically held merit, there are some holes in one of their favorite pieces of supporting data.

In recent months, they’ve cited the diminishing number of shares being shorted in the SPDR S&P 500 ETF (SPY), which tracks the benchmark index. After all, it’s at the lowest since May 2007, a period that directly preceded a bear market that saw the S&P 500 drop 55%, according to data compiled by financial analytics firm S3 Partners.

But they’re looking at those shorted shares the wrong way, says Ihor Dusaniwsky, the head of research at S3. He argues that they should instead be looking at the dollar value of short positions.

“Using shares shorted as a metric for short interest or bearish sentiment is a misapplication of statistical reasoning,” Dusaniwsky wrote in a client note. “The bear is still out and prowling around in the woods.”

In fact, the notional amount of short interest — which represents outstanding shares that have been sold short — has actually risen this year for major US indexes.

SPY short interest is up $1.8 billion, or 5%, for the year, according to S3. Further, an ETF that tracks the Russell 2000 index of small-cap stocks (IWM) has seen short interest climb 9% year-to-date in dollar terms, while that measure for the more tech-heavy Nasdaq 100 ETF (QQQ) has surged 54% over the same period.

In total, the three funds have seen a combined increase in short interest of $5.7 billion, or 9.6%, in 2017, the data show. Bulls will argue that’s a healthy amount of stock market skepticism.

Contributing to confusion over short interest data has been the CBOE S&P 500 Volatility Index (VIX), which is commonly called the US stock market’s “fear gauge” and frequently used as a proxy for hedges. The VIX’s decline to a near-record low has “significantly reduced” the degree to which ETFs need to be shorted in order to hedge a portfolio.

That helps explain the low number of shorted shares, S3 said. Not that you should be looking at that as any sort of sentiment indicator. NOW WATCH: Animated map of what Earth would look like if all the ice melted