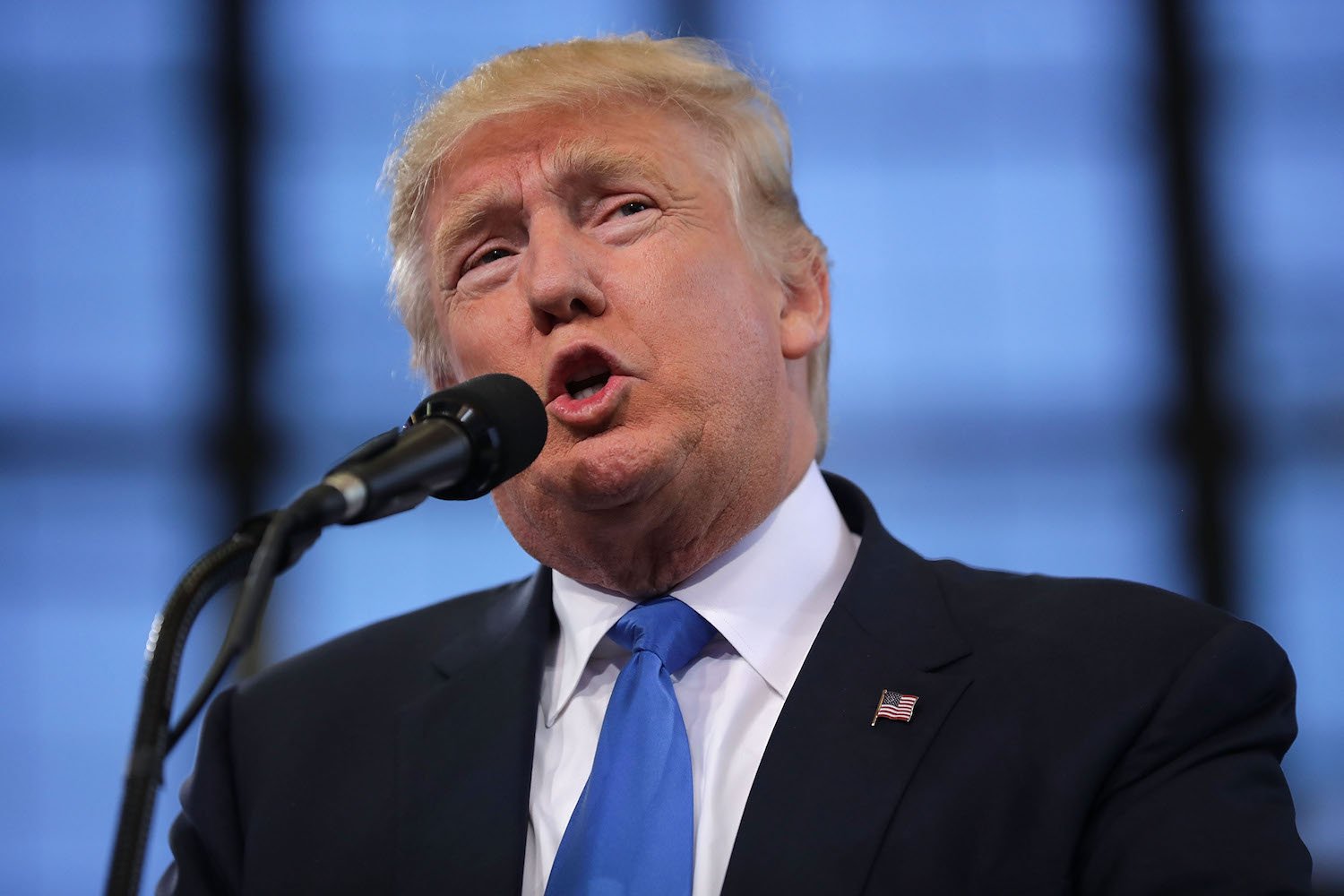 Less than 24 hours before polls open for Election Day, Republican nominee Donald Trump took some time at a rally in Raleigh, North Carolina, to credit himself for the steep decline in NFL ratings this season.

“I would say this is the roughest election,” Trump said, according to CNN reporter Ashley Killough. “Do you know the NFL ratings are way down? You know why? Because everyone’s watching this.”

Trump is not the first to suggest that the election is the reason why fewer people are watching football on their TVs. The NFL has said this repeatedly over the first half of the season, and data from the 2012, 2004, and 2000 elections all support this point.

Still, that Trump mentioned NFL ratings is itself notable, and part of a larger trend in which he has equated the NFL to the United States more broadly.

In mid-October, he lambasted the NFL’s new concussion rules.

“We don’t go by these new and very much softer NFL rules,” Trump said at a rally in Florida. “Concussion: Oop, oop! Got a little ding on the head. Nope, you can’t play for the rest of the season. Our people are tough.”

And in February, he compared the NFL to the softening of the United States.

“You used to see these tackles and it was incredible to watch. Now tackle — head-on-head tackle — 15-yard penalty,” Trump said. “We’re going soft, just like the NFL, we’re going soft.”

NOW WATCH: A 48-year-old just broke the speed record for the Appalachian Trail