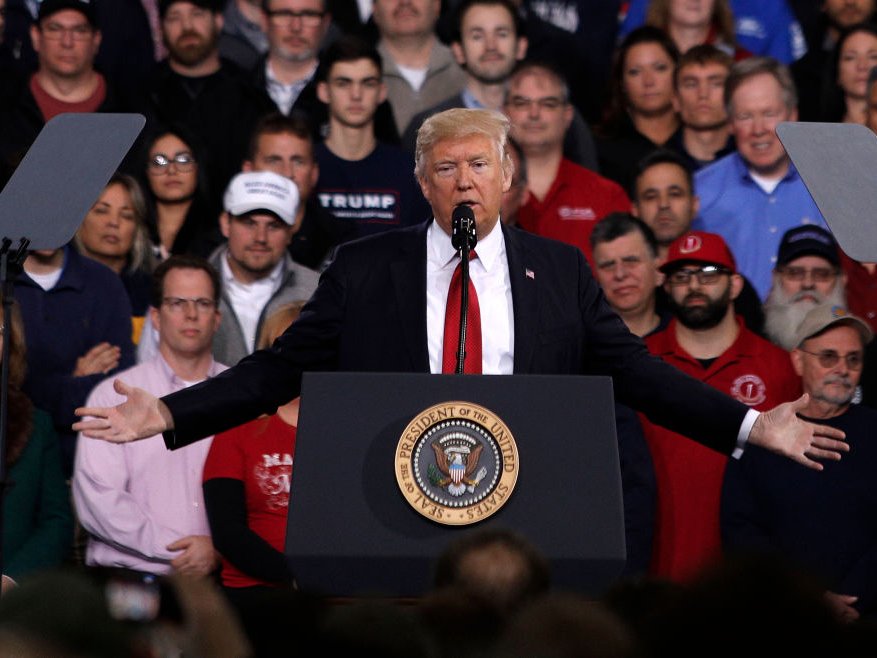 President Donald Trump’s administration unveiled a tax plan on Wednesday that proposes lower taxes across the board and a number of alterations to the tax code.

One proposal in the plan is the repeal of the so-called alternative minimum tax. The decades-old tax, which was enacted to make sure the rich pay their fair share, cost Trump $31 million in 2005.

As Business Insider’s Jim Edwards reported, that “accounted for most of the $38.5 million in taxes” the president paid in 2005.

What is the alternative minimum tax?

The original purpose of the AMT was to prevent very wealthy Americans from using deductions and loopholes to skimp on their taxes.

One way to look at it is as a secondary tax code. The AMT has a set of rates and rules that are distinct from the regular tax code and apply to certain high-income earners, trusts, estates, and corporations.

So when corporations or individuals fall under the auspices of the AMT, their tax bills are figured out differently than those of ordinary taxpayers.

The point of the AMT is to make sure wealthy Americans who earn above a certain amount pay a flat minimum tax rate — hence the name — even if they could get away with paying zero or very little taxes in the regular system. But many opponents of the tax say it now targets people in the upper-middle class, not the uber-rich. The AMT originated in the late 1960s. The Department of the Treasury said that about 150 people legally paid zero federal income tax in 1966 by claiming deductions “and not including certain kinds of income.” Naturally, taxpayers of modest means were ticked off about this.

According to Forbes, Congress received more complaints about those “tax-dodgers” than it did about the Vietnam War. So it responded by enacting the minimum tax, the AMT’s predecessor, in 1969. The current version of the AMT was implemented in 1982. Since then, it has received several touch-ups.

Today, however, the AMT, doesn’t strictly apply to superrich Americans, as it was originally intended. Since the AMT wasn’t indexed for inflation until 2013, the number of people who fall under the AMT umbrella has increased significantly since the 1970s and includes “30 percent of households with cash income between $200,000 and $500,000,” according to figures from the Urban-Brookings Tax Policy Center cited by Bloomberg. In total, it applied to 3% of all taxpayers in 2005, according to data from the IRS.

Most critics of the AMT oppose the tax because it doesn’t target the people and organizations it was originally aimed at.

Daniel Shaviro is a professor at the New York University School of Law, and he knows a thing or two about the AMT — he played a role in changing the tax in the 1980s.

He told Business Insider that the law in its current form “doesn’t address [today’s] tax-avoidance methods.”

“It does not address sophisticated modern tax-avoidance techniques, such as Larry Ellison, who is worth $50 billion, getting a $1 salary and borrowing against the value of his appreciated stock, or companies such as Apple directing their global profits to tax-haven subsidiaries,” Shaviro added.

Trump proposal to repeal the AMT would cost the fedeal government $412.8 billion, according to the Tax Policy Center. The president has said he would make up for that cost by reducing the number of deductions in the tax code.