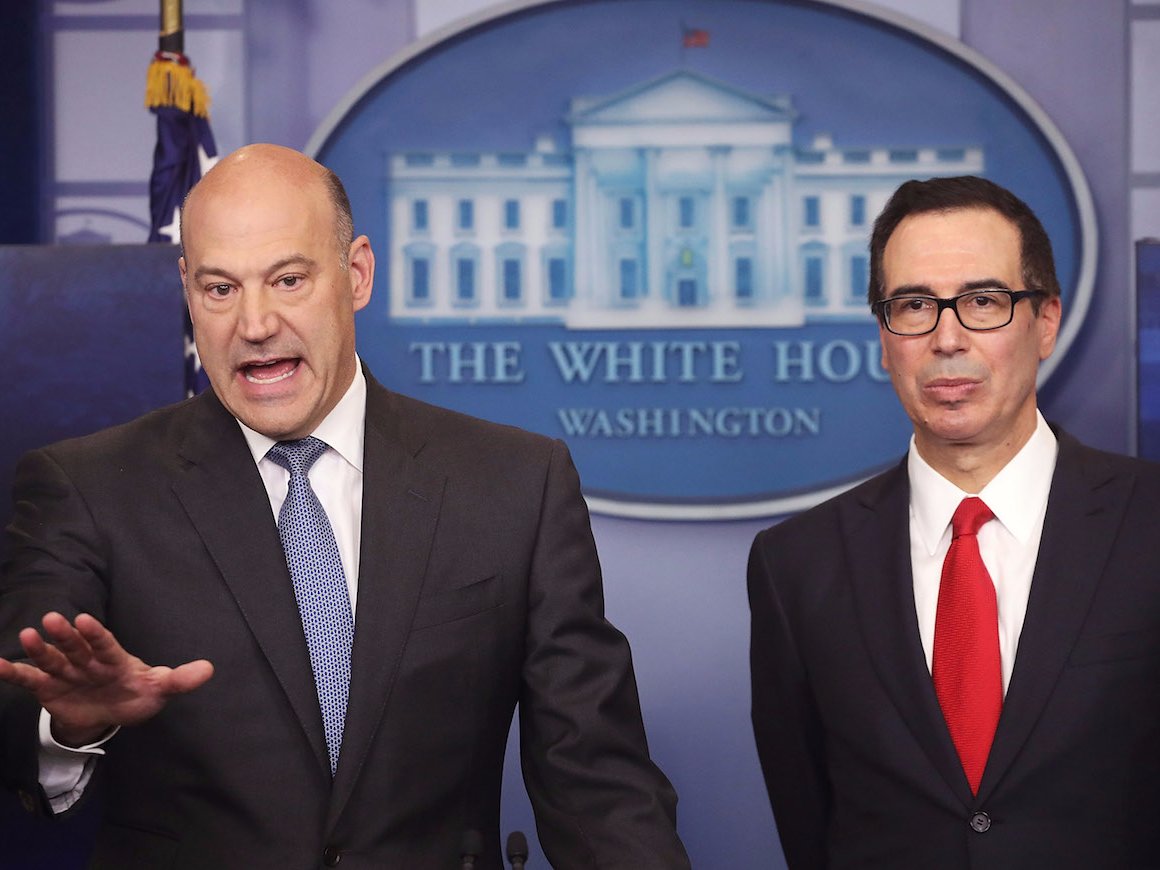 The US economy grew at its slowest pace in three years in the first quarter, and a closer look at the data helps illustrate a key fallacy in Donald Trump’s economic agenda.

The latest figures showed business investment is picking up while consumer spending is pulling back. Yet the president’s proposed tax cut outline and budget priorities are aimed primarily at boosting the bottom line of corporations, which don’t really need the help.

In economics jargon: this is a classic supply-side response to a demand-side problem.

In English: Why help companies and investors if workers are the ones in trouble?

Trump’s plan pays lip service to individual tax cuts, but its core has always been a steep reduction in corporate taxes. The plan has also widely been criticized for favoring wealthy Americans.

Jason Furman, a former White House economic adviser under President Obama, summed up the dichotomy in a tweet.

Now, one quarter does not a trend make. Many economists believe there are issues with the Bureau of Labor Statistics’ seasonal adjustments that have led to repeated instances of surprisingly weak first quarter readings, some later revised higher. This could mean the reported 0.7% annual rate is artificially low.

The breakdown of GDP’s components also shift a lot from quarter to quarter. However, the trend of corporations famously flush with “cash on the sidelines,” coupled with stagnant wages for the middle-class is long-standing, and precedes the Great Recession.

Rep. Ted Lieu called it “Voodoo economics on steroids,” while House Minority Leader Nancy Pelosi depicted it as a “wish list for billionaires.”

The term voodoo economics dates back to the time of Ronald Reagan, who was accused by his then-opponent George H. W. Bush of employing a trickle-down economics approach where the wealth never really trickled down — as witnessed by the sharp rise in US inequality over the last 30 years.

The deeper problem with the philosophy behind Trump’s plan is that it has been proven wrong time and time again by both economic study and reality. Most recently, President George W. Bush implemented a program of tax cuts aimed at the wealthy in 2001 and 2003 that led to a famously jobless recovery that culminated in the deepest recession in modern times.

And a wide body of economic research, whatever the profession’s shortcomings, has shown repeatedly and apolitically that stimulus programs aimed at the poorest segments are more effective, for the rather simple reason that lower-income Americans are more likely to spend any newly available funds than the rich, who have a greater ability and thus a propensity to save.