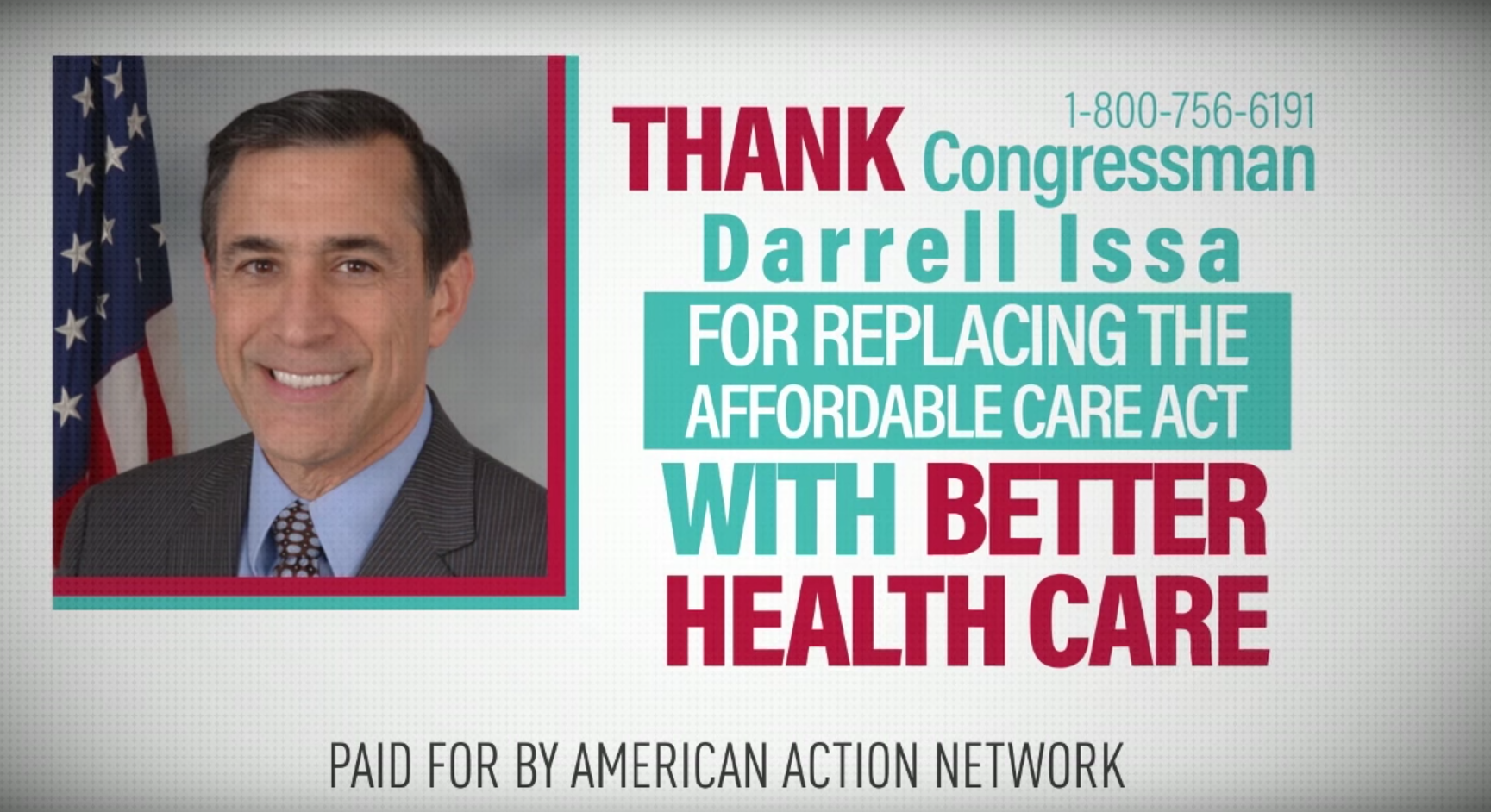 Two of the biggest news stories collided through the medium of television on Friday evening, as Americans watched the collapse of the American Health Care Act and their favorite NCAA teams play in the Sweet 16.

The American Action Network, a center-right advocacy group, purchased airtime for advertisements that encouraged viewers to contact their representatives, and thank them for their work in repealing former President Barack Obama’s Affordable Care Act, according to Deadspin. However, the GOP failed to repeal Obamacare on Friday afternoon, having been forced to pull the bill after falling short on votes in the House of Representatives.

“Republicans are keeping their promise, with a new plan for better health care,” one of the advertisements said. “Thank [California] Congressman Darrell Issa for keeping his promise and replacing the Affordable Care Act with the better healthcare you deserve.”

As of Friday evening, American Action Network had uploaded the ads for 11 lawmakers on its YouTube account. Similar ads ran for Rep. David Valadao of Fresno, California, and Rep. David Young of Des Moines, Iowa.

You can watch one of the ads below: