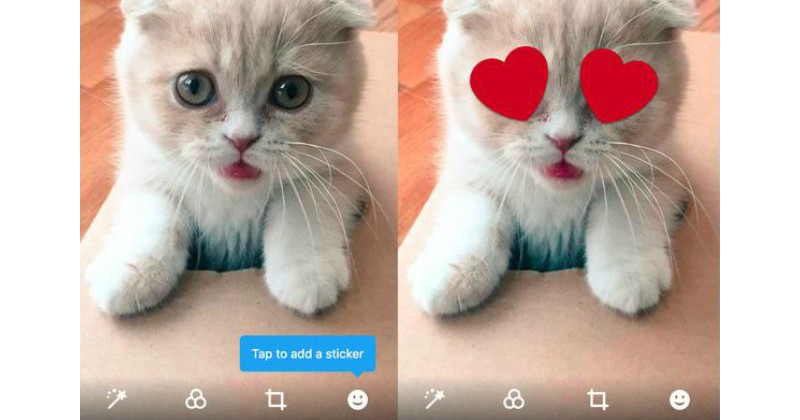 Looking for a way to spice up your Twitter account? Good news, the company appears to be testing a new feature called Stickers, which lets you decorate your pictures with cartoon images before sharing them on the social network.

These digital stickers look pretty identical to similar features offered by other social networks, including Facebook, but Twitter may have a new twist on the old idea. The company says it will also show you how other people around the world decorate the same popular image you want to share.

Twitter could even suggest trending pictures for you to cover with Stickers and share. That sounds like a pretty cool idea, and a fun way to participate in conversations around breaking news and the latest memes.

This is still just a test, but we don’t see why Twitter wouldn’t want to eventually roll it out as an official feature. If you do see the stickers pop up in your account you can also help pick a final name from options including Stamptags, Taptags, Stickits and more.