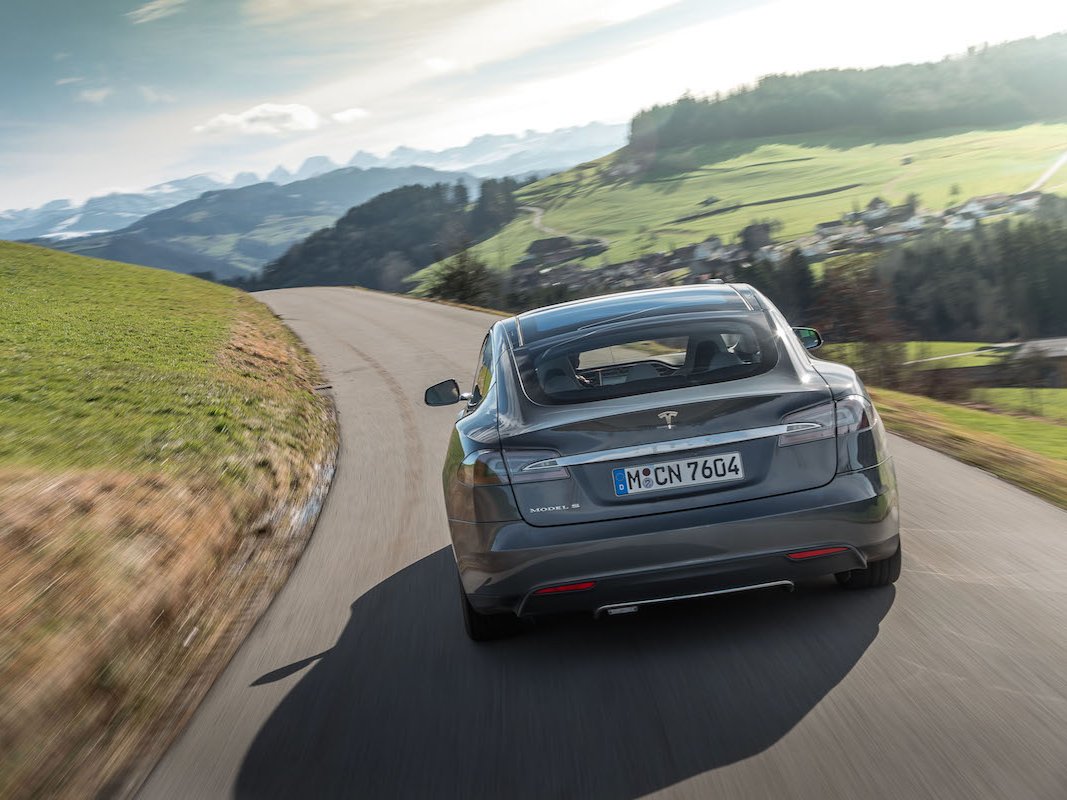 Tesla says its longest-range Model S can drive 572 kilometers (355 miles) on a single charge, but two drivers surpassed that limit by over 300 kilometers (186 miles) on Tuesday.

Steven Peeters, the owner of a Tesla Model S P100D, and his friend Joeri Cools used a technique called hypermiling to drive a whopping 901.2 kilometers (560 miles) on a single charge, Peeters wrote in a blog post. The achievement is an unofficial world record.

Hypermiling is when drivers employ certain techniques to improve a car’s efficiency. Peeters and Cools, for example, shut off the air conditioning to conserve energy, but the two aren’t divulging their other hypermiling hacks.

The two Tesla drivers broke the record on a 26 kilometer (16 mile) loop in Belgium.

“Although it might be more beneficial to keep driving straight and preferable with a tail wind, our approach had the advantage that we could learn from each round,” Peeters wrote in the blog.

Peeters and Cools took turns driving for 23 hours and 45 minutes — not an easy task in the summer without AC. There were points where the internal temperature of the car reached 35 degrees Celcius (95 degrees Fahrenheit).

“It was just like sitting in hell and the sun was really burning,” Peeters wrote in the blog. “We let a sigh of relief every time we turned back around and had the sun behind us, were the tinted windows provided some protection.”

Peeters questioned in his blog whether a Model S 100D would be able to drive farther than the P100D because the rear motor is slightly more efficient and weighs less.

After seeing the Electrek report about the new hypermiling record, Tesla CEO Elon Musk said on Twitter it should be possible to drive over 1,000 kilometers (621 miles) in a 100D with the right tires.

SEE ALSO:Tesla wants to tap into a burgeoning new market — but it won’t be easy