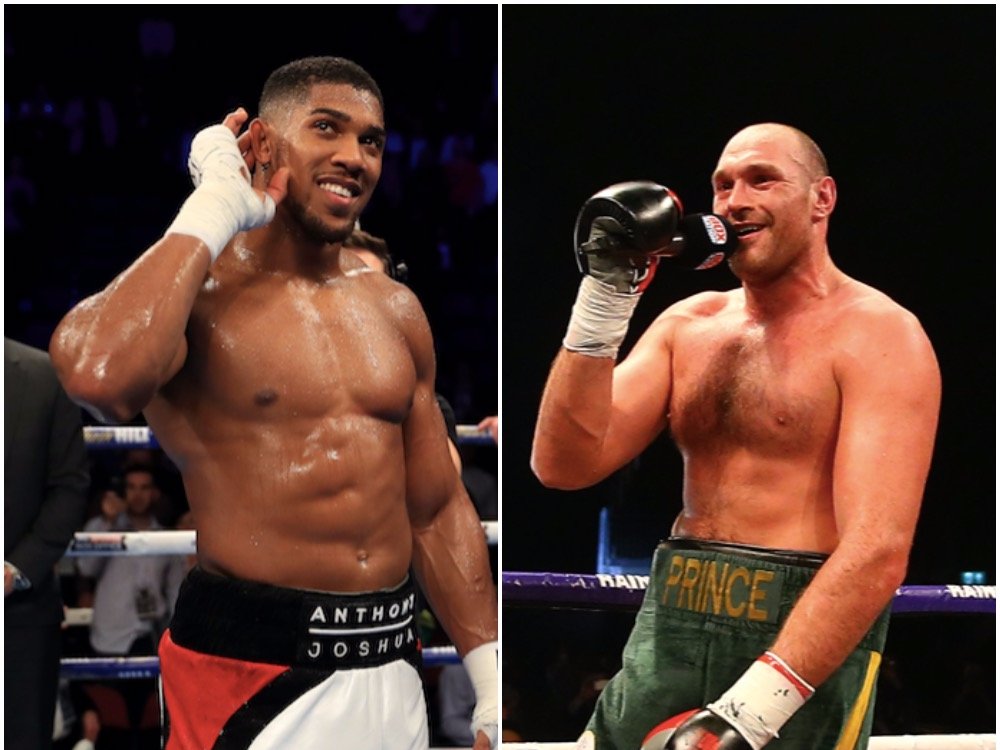 The 28-year-old even predicts a fight with Joshua would be so one-sided, it would allow him to showboat “with one hand behind his back.”

Talking to Sky Sports News after Joshua’s 11th round knockout victory over Wladimir Klitschko, Fury said: “The biggest fight in the world [right now] is me and AJ, no one else.”

Fury credited Joshua for his part in what was a “very entertaining” scrap with Klitschko.

He said: “I was screaming [and] pulling what little hair I’ve got left out [but Joshua] showed a lot in that fight. He showed he can get dropped and come back, which is what champions are made of. He showed he can recover from taking big shots.”

Fury believes he would present different problems to AJ. He was able to bamboozle Klitschko with unpredictable head movement, which nullified one of Klitschko’s greatest weapons — his overhand right power punch.

It is this defensive acumen that gives Fury confidence he can also evade Joshua’s best shots.

“We all saw [Joshua] had a life and death situation against Klitschko, but Klitschko couldn’t land a glove on me,” said Fury. “Styles make fights but I am sure I can beat AJ with one arm tied behind my back.”

Wellldone @anthonyfjoshua good fight, you had life & death with @klitschko & I played with the guy, let’s dance 💃 pic.twitter.com/alLRHPb513

Punch statistics, after all, back up Fury’s claim. According to Compubox data, Klitschko was able to land 36.7% of his punches during his historic Wembley Stadium brawl with Joshua.

Though Joshua’s 100% knockout record in the professional ranks could strike fear into other challengers, Fury will take solace from the fact he has a notable ability to make an accurate puncher like Klitschko miss.

Whether he could frustrate Joshua with similar tactics remains to be seen.

“I am the man, the number one in the division,” Fury said. “There can only ever be one heavyweight, especially in our part of the world, and it’s me.”