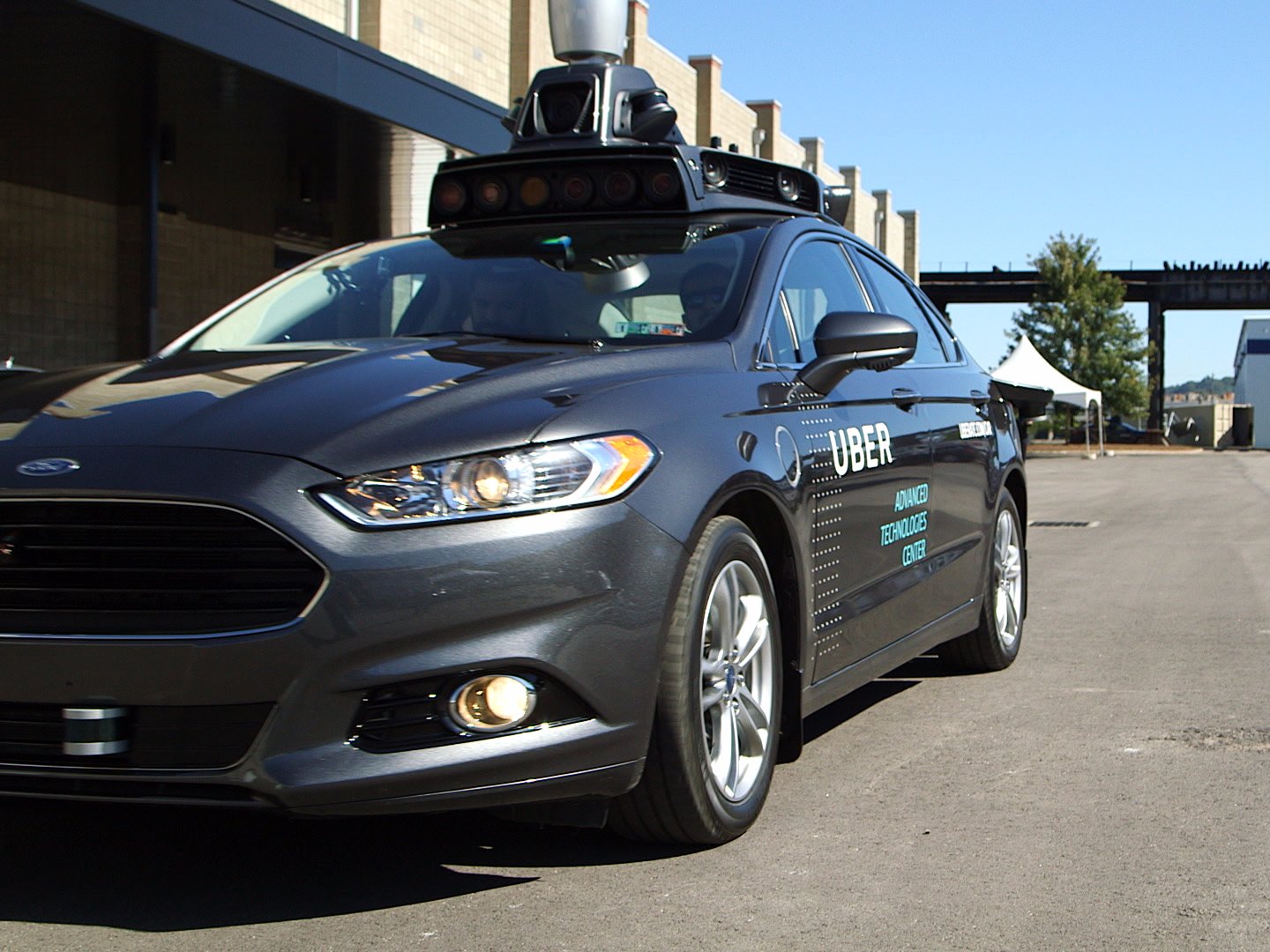 Uber is at the head of the pack in the race to build self-driving cars, with a small fleet of its robo-cars already on the road in a few cities.

But it turns out that a critical piece of technology for its self-driving cars has never actually left the lab.

The bucket-shaped “Lidar” radar sensor that sits on top of Uber’s self-driving cars is not complex technology developed by Uber’s army of engineers. It’s just an off-the-shelf product developed by another company and available for anyone with to purchase.

Uber acknowledged this in a legal filing on Friday, in which the company responded to bombshell trade theft lawsuit filed against it by rival Google in February.

The suit claims that Uber is using Lidar technology that was actually developed by Google’s self-driving car group and stolen by an ex-Google employee.

Uber’s confession that it hasn’t yet perfected its own in-house Lidar sensor might help it deflect Google’s accusations, but it also shows that Uber still has a ways to go in its effort to develop its own autonomous driving technology.

Uber, one of the largest ride-hailing services, said its autonomous vehicles are currently relying on technology developed by third-party companies, such as lidar manufacturer Velodyne. What’s more, it said it has never installed its in-house lidar system on any of its vehicles. The company’s Otto self-driving trucks, which are deployed in Nevada, do not use even use lidar, Uber says.

Lidar is a key component of self-driving cars that help vehicles detect obstacles by creating high-resolution maps of the surrounding area.

It’s a big turn in the contentious lawsuit, considering Waymo has asked a federal judge to issue a preliminary injunction that would prevent Uber from using technology that could have been built using Waymo’s lidar designs. If Uber’s cars are only using third-party sensors, its autonomous pilot programs in Pittsburgh, San Francisco, and Arizona may be able to continue as planned.

But the disclosure also shows Uber is behind Waymo in its self-driving-car efforts. Waymo has been testing its custom lidar system on Fiat Chrysler minivans in Arizona and California since late January. Meanwhile, Uber has yet to finish building its sensor. Waymo is building all of its own self-driving-car hardware so it can bring the tech to market faster and at a lower price. The company’s ultimate aim is to sell its package of autonomous hardware and software directly to companies.

Waymo said building its lidar in-house has allowed it to slash the price of the system by 90% — a huge gain for a notoriously expensive, albeit critical, sensor for self-driving cars. For comparison, Velodyne’s most advanced lidar sensor costs as much as $75,000 a pop.

Meanwhile, Uber is still working on its own lidar system, which it claims is different from the one Waymo designed. Uber says its technology relies on four lenses instead of one and also has a different number of optical cavities.

Waymo hasn’t publicly said when it plans to bring its tech to market, but there are reports it will use the tech in a robot taxi service with Fiat Chrysler at the end of this year. But as Waymo continues to test its custom tech on public roads, Uber is still working on just finishing the lidar sensor.

NOW WATCH: Uber finally released their diversity report — here’s how it compares to Facebook and Google