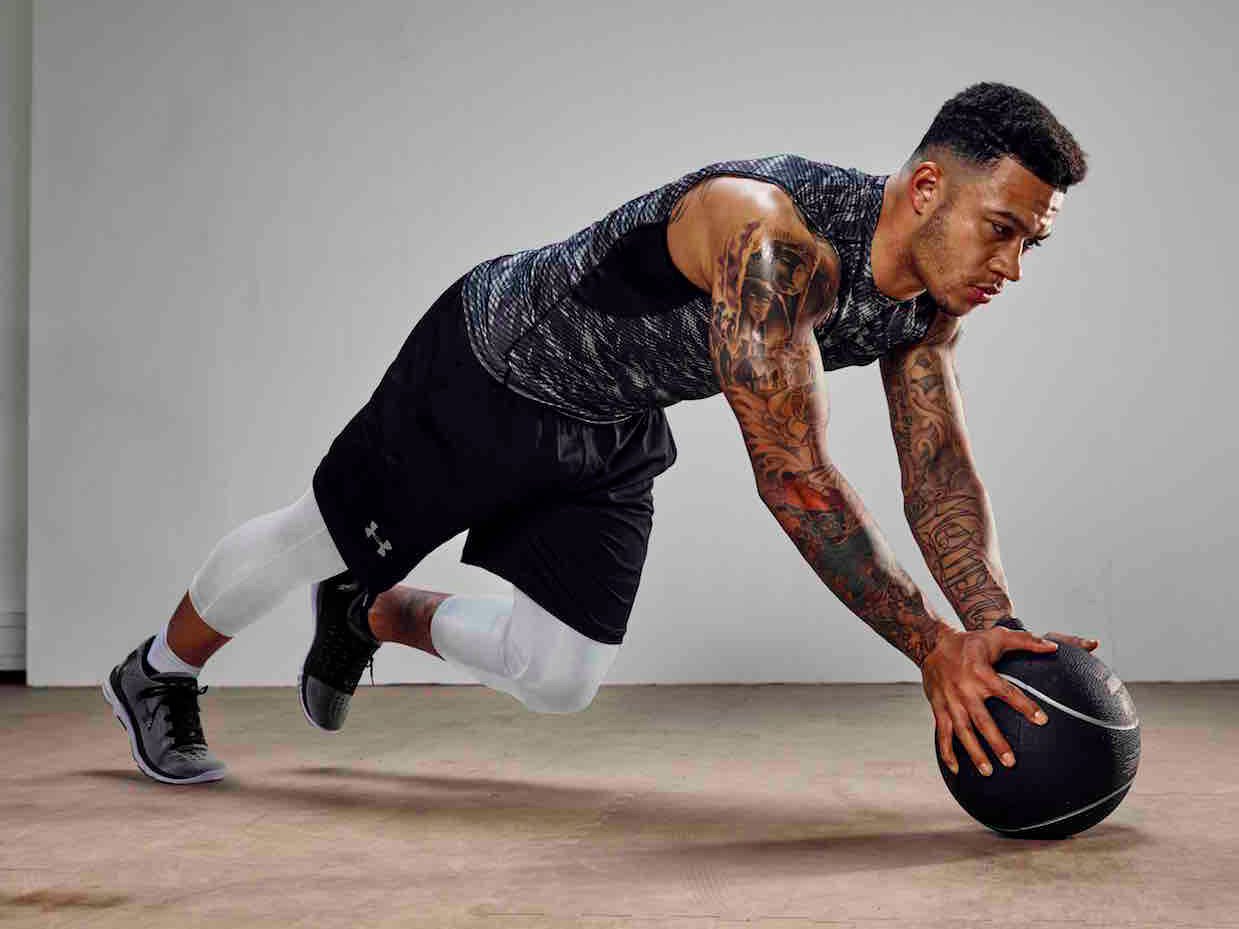 Under Armour.Memphis Depay stars in the latest Under Armour ad campaign.

Under Armour’s latest big brand campaign launches Tuesday and will see the brand reduce its TV spend as part of the overall media mix as it shifts more ad dollars to digital.

Speaking to Business Insider ahead of the campaign launch, Under Armour’s senior vice president of brand marketing Adrienne Lofton said the split between digital ads and TV ads is around 50/50.

That’s a significant shift. Lofton said it was based on research about the consumption habit of its target consumer: An 18-year-0ld aspiring next big athlete who largely consumes media on a “second screen,” like a smartphone or tablet.

“The shift is really for a couple of reasons. One is we know consumption is more splintered than ever. In days past you could just run TV and really cover the bases for the consumer. The reality [now] is that the consumer is consuming around 3,000 messages a day, our research showed,” she said. “Whether you’re 18 or 45, you’re seeing 3,000 messages a day, across multiple media. It could be TV, but often it’s social and digital — consumers are just in a constant state of [media] consumption.”

Lofton said TV still “gets you there faster” if a brand is looking to raise mass awareness. One of Under Armour’s internal marketing goals is to raise unaided and aided brand awareness, so TV will still remain part of the mix.

But Lofton said digital allows the brand to communicate more often and within specific relevant content.

“We’ve got to deliver 24/7 everywhere the [target consumer] is,” Lofton said. “Not just at the point of sweat, which is historically what we’ve always done — what I mean by that is showing up inside of game advertising or grass roots team sports — but it’s actually when you’re watching the Grammys, or the Oscars or another cultural moment. That’s when the brand better be there and we better be delivering the world’s best experience … to do that you’ve got to do more than TV and that’s why we’re seeing that big shift in investment.”

Why you won’t see another Under Armour Super Bowl ad

Above: Under Armour’s 2008 Super Bowl commercial.

It’s one of the reasons Under Armour hasn’t forked out for a Super Bowl ad in several years. This year, the cost of a 30-second slot during the big game reached as much as $5 million.

“I do think it’s a pretty traditional approach to media planning,” Lofton said. “We’ve always had that conversation: ‘Should we be in the big game?’ And what we have always come back to is, ‘nah,’ there’s so many other ways to get to the consumer and get them at a [more emotional state of mind] and tie it back to the experience.”

Beyond digital, Under Armour is increasingly looking at ways to innovate when it comes to its experiential marketing.

Lofton said: “It wasn’t about let’s look at Curry on a stage, hundreds of feet away from the audience, it was about bringing Curry to the audience. How does Curry teach you a free-throw? How does Curry integrate himself into the culture and become the icon that he is now when he left there?”

The event earned 5 billion impressions in five days, and the brand “blew out” of the Curry shoe it was launching in the region. Lofton said the company still receives feedback about the event six months on from people in China.

“The experience allows them to never forget our brand again and it’s become their choice. That experience is what we want to bring to every single [customer] every single day,” Lofton added.

NOW WATCH: Here are the 4 best ads of Super Bowl 50