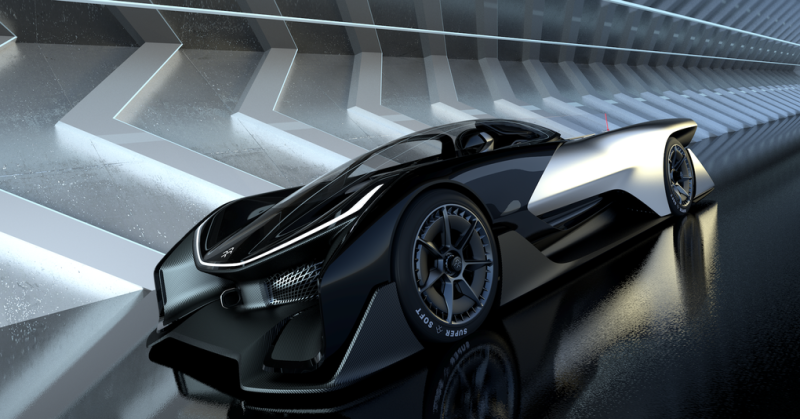 Faraday Future, the mysterious startup automaker that made its big reveal at this year’s CES, is suffering from the loss of its battery engineer and financial setbacks delaying its billion dollar Nevada factory. Now a former executive put the company on blast, claiming it does not in fact have a “Tesla killer” or even a functioning car.

Faraday Future has been on a rollercoaster of hype since its introduction at CES where it bragged about having an “amazing team, transformative vision, incredible alliances”, and simply put, that they “are really fast.” According to a report by The Guardian, Faraday Future has faults in all four of its prized aspects.

According to former Faraday executives speaking to The Guardian, the automaker upstart lost the most important element of its “amazing team” when Porter Harris, the lead architect and patent holder for its battery systems, quit and took his work with him. From The Guardian:

The company had initially hoped to emerge from stealth and unveil a fully working prototype at the CES trade show in January 2016. But by the summer of 2015, it was clear that the technology would not be ready. Instead, Faraday Future would showcase its design prowess with a concept electric race car that would drive into the press conference. But that vehicle too fell behind schedule. Finally, the company had to scramble to produce a non-functioning, static concept car, costing $2m.

The report also provides some insight with where Faraday Future may be headed if it ever manages to work its issues out, with initial plans calling for a family of thirteen cars, trucks, and vans on a shared platform.

The first car, meant to be a functioning concept ready for CES, was to be a stretched fully electric crossover or SUV with autonomous features intended for the higher class business market to be priced around $150,000. An executive pointed out that sort of vehicle is indeed not a direct threat to Tesla.

Faraday Future’s alliances are its parent company LeTV, a Chinese multimedia corporation whose founder Jia Yueting personally backed Faraday. Due to the current economic climate in Chinese trading, LeTV has suspended trading in the Shanghai stock exchange until next month, causing Nevada to raise concerns about the billion dollars promised to develop a manufacturing facility in the state. Nevada’s Treasurer even had to personally travel to China to meet with executives.

All of this has of course slowed Faraday Future, which had to delay breaking ground on its factory from January to April and now, according to The Guardian’s source, will likely have to outsource its autonomous technologies after struggling to develop a system in house.

The system does no good if it doesn’t have the engineering for an electric platform to build its vehicles on, which left out the door before the CES premiere. This explains Faraday’s odd CES premiere, due to it having to come up with that vaporware FTZERO-1 supercar concept instead of the functioning electric ride-sharing taxi of the future as planned.

While much of the car’s engineering is progressing steadily, Faraday Future is struggling to develop self-driving and entertainment systems for its planned driverless taxi services, according to several former executives who spoke on condition of anonymity. “I think they’ll probably end up trying to license autonomy from someone like Google,” said one of the executives.

On top of its issues that have been glimmering on the surface, Faraday Future also has a culture clash with its parent company—or is it partner company?—Leshi, which is LeTV’s Chinese automotive company.

The Chinese management was a mismatch with the broad international team it oversees from the beginning, with issues even coming down to the name. According to an executive speaking to The Guardian, Leshi’s initial naming idea for the automotive company didn’t go over so well with the team that would actually be functioning as the company:

The companies suffered cultural clashes from the outset. At one point, LeTV managers proposed calling the new company Fara Faro instead of Faraday Future. “The Americans were like, ‘That is the stupidest name ever,’” remembers an executive. “You had an international team that was experienced and open, juxtaposed with Chinese management that didn’t understand the US market and kept deferring to LeTV.”

Despite these issues, the executives that spoke to The Guardian confirmed there was never signs of holding back funds, with projects being greenlit and paychecks being fulfilled on schedule. Just no real results.

It’s interesting to note that just last week Aston Martin inked a deal with Faraday’s Chinese founding company to develop its fully-electric RapidE S sedan for production by 2018. It was mentioned but unclear how much involvement Faraday Future would have in helping the British luxury automaker develop its electric car, but considering Faraday planned its now-gone electric platform for 2017 production and has to develop something new, it’s likely very behind on something production-worthy.

The current state of Faraday Future is a far cry from what it presented itself as during CES, suggesting it would be as big as the first iPhone. Now the company is back to square one, having to restart its battery engineering and vehicle platform, find a partner for its autonomous technology which is the crux of its market position, and prove to Nevada—and the rest of us—that it can actually produce some results and instill some confidence into the startup.