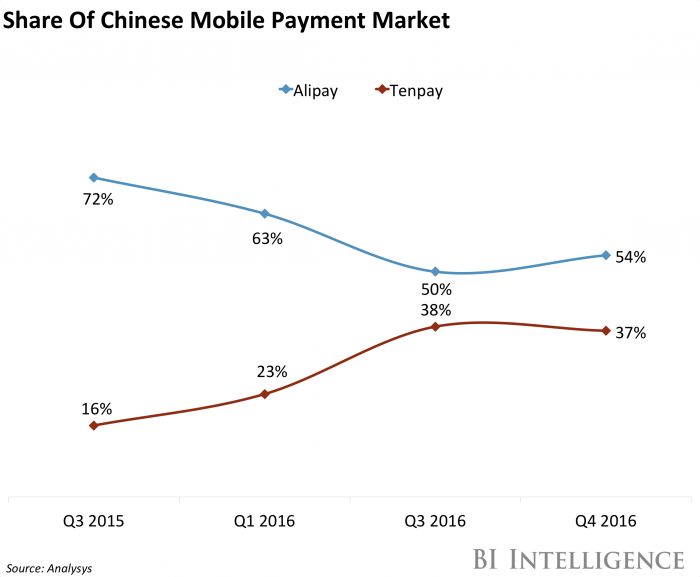 Alipay is pushing into the US

Alipay is setting up for global dominance

UnionPay, China’s state-run card network with a near monopoly over the country’s payment card ecosystem, announced the official launch of its new QR payment system in partnership with over 40 commercial banks, according to ECNS.

Customers can leverage the apps of participating banks to make QR code payments, which means the card network will be able to offer a payment option similar to that of rivals Alipay and WeChat Pay.

UnionPay is hoping to capture a larger share of mobile payments in a space that’s controlled by two companies.

Mobile payments are becoming more popular, but they still face some high barriers, such as consumers’ continued loyalty to traditional payment methods and fragmented acceptance among merchants. But as loyalty programs are integrated and more consumers rely on their mobile wallets for other features like in-app payments, adoption and usage will surge over the next few years.

BI Intelligence, Business Insider’s premium research service, has compiled a detailed report on mobile payments that forecasts the growth of in-store mobile payments in the U.S., analyzes the performance of major mobile wallets like Apple Pay, Android Pay, and Samsung Pay, and addresses the barriers holding mobile payments back as well as the benefits that will propel adoption.

The choice is yours. But however you decide to acquire this report, you’ve given yourself a powerful advantage in your understanding of how mobile payments are rapidly evolving.