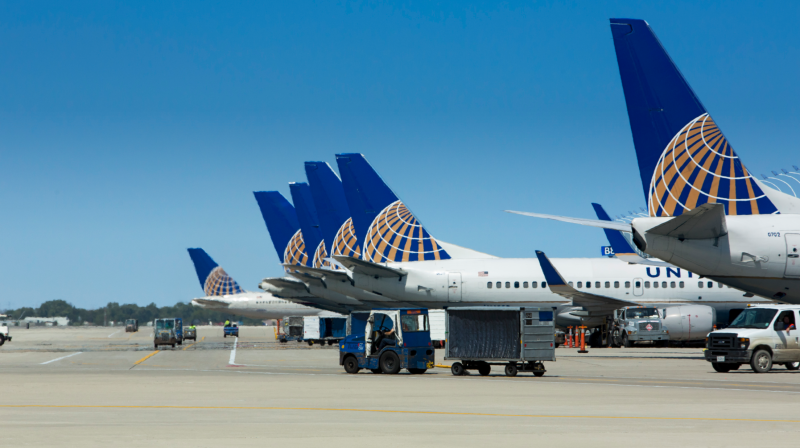 Twitter user Shannon Watts started a firestorm on Sunday by saying she saw three passengers barred from a flight on United Airlines, apparently because they were wearing spandex leggings. In responding, United representatives repeated that the airline can “refuse passengers who are not properly clothed.”

Watts, an activist against gun violence, said three girls were inspected for their clothing. Watts added that one girl appeared to be 10 years old, wearing gray leggings for a flight from Denver to Minneapolis.

United has not provided official comment other than the tweets, and has not confirmed the ages of the passengers—the account only reiterated the rules. The account did, however, confirm the legging incident by saying that the “attire of the pass traveler did not meet [its] rules.”

The United social-media representative directed Twitter users to a definition of being improperly clothed in the airline’s Contract of Carriage, and told Watts that the female passengers were “pass travelers” held to a standard of dress because they “are representing UA when they fly.”

But United lacks an argument no matter the details of this particular situation, even by enforcing their own rules. United social representatives pointed Watts to Rule 21 in the carriage contract, which outlines the “refusal of transport.” The only time clothing is mentioned in this rule is under the “safety” section, emphasis mine:

Safety – Whenever refusal or removal of a Passenger may be necessary for the safety of such Passenger or other Passengers or members of the crew including, but not limited to:

1. Passengers whose conduct is disorderly, offensive, abusive, or violent;

2. Passengers who fail to comply with or interfere with the duties of the members of the flight crew, federal regulations, or security directives;

3. Passengers who assault any employee of UA, including the gate agents and flight crew, or any UA Passenger;

4. Passengers who, through and as a result of their conduct, cause a disturbance such that the captain or member of the cockpit crew must leave the cockpit in order to attend to the disturbance;

5. Passengers who are barefoot or not properly clothed; …

The United contract does not define what it means for a passenger to be “not properly clothed,” and the New York Daily News pointed out that United used a photo of a woman in yoga pants in a promotional tweet in June 2016.

Jalopnik has reached out to United for comment, and will update this post when we hear back.

Update, March 26 at 4:21 p.m. ET: A United spokesperson told the Washington Post after the outlet’s original publishing that the two girls were not allowed on the flight due to not being “in compliance with [the airline’s] dress code policy for company benefit travel”:

An internal policy for employees using the airline travel benefit, he said, specifically forbids leggings while traveling. It is unclear why United considers leggings to be inappropriate and whether other articles of clothing are barred under the policy.

“Our regular passengers are not going to be denied boarding because they are wearing leggings or yoga pants,” Guerin said. “But when flying as a pass traveler, we require this pass travelers to follow rules, and that is one of those rules.

“They were not compliant with the dress policy with the benefit,” Guerin said, noting that the girls were aware of the internal rule. “This morning, the attire of the pass travelers on this flight didn’t meet the dress code policy.”

Here’s What Those White Spirals Inside Airplane Engines Are For