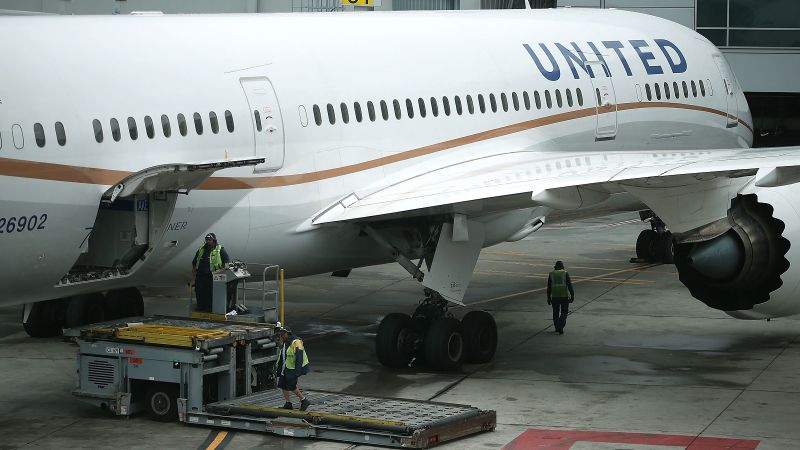 A three-foot continental giant rabbit named Simon allegedly died in the cargo hold while traveling on a United Airlines flight from London’s Heathrow Airport to Chicago’s O’Hare International Airport—the same airport where a United passenger was violently dragged off of an overbooked flight earlier this month.

Simon, the giant bunny which The Sun claims was expected to grow to possibly become the largest rabbit in the world (Simon’s dad, Darius, currently holds the title), was on its way to meet a “celebrity” new owner in the U.S., but it was reportedly dead when it arrived in Chicago.

Simon’s breeder, Annette Edwards—who was once a Playboy model and had plastic surgery to look like the Jessica Rabbit cartoon, claims the bunny had a full checkup and was cleared perfectly healthy just before the flight, reaffirming the mystery of Simon’s death in transit with United.

Below is the full statement sent to Jalopnik from United:

We were saddened to hear this news. The safety and wellbeing of all the animals that travel with us is of the utmost importance to United Airlines and our PetSafe team. We have been in contact with our customer and have offered assistance. We are reviewing this matter.

The timing of Simon’s death is unfortunate, as Easter has just passed. It’s also not great for United’s reputation as its faces fallout for the massive April 10 story about the man who suffered a concussion, broken nose, and lost two of his front teeth as he was forcibly dragged off of an overbooked United flight.

Feel free to risk it yourself, but please fly your bunnies with a different airline.