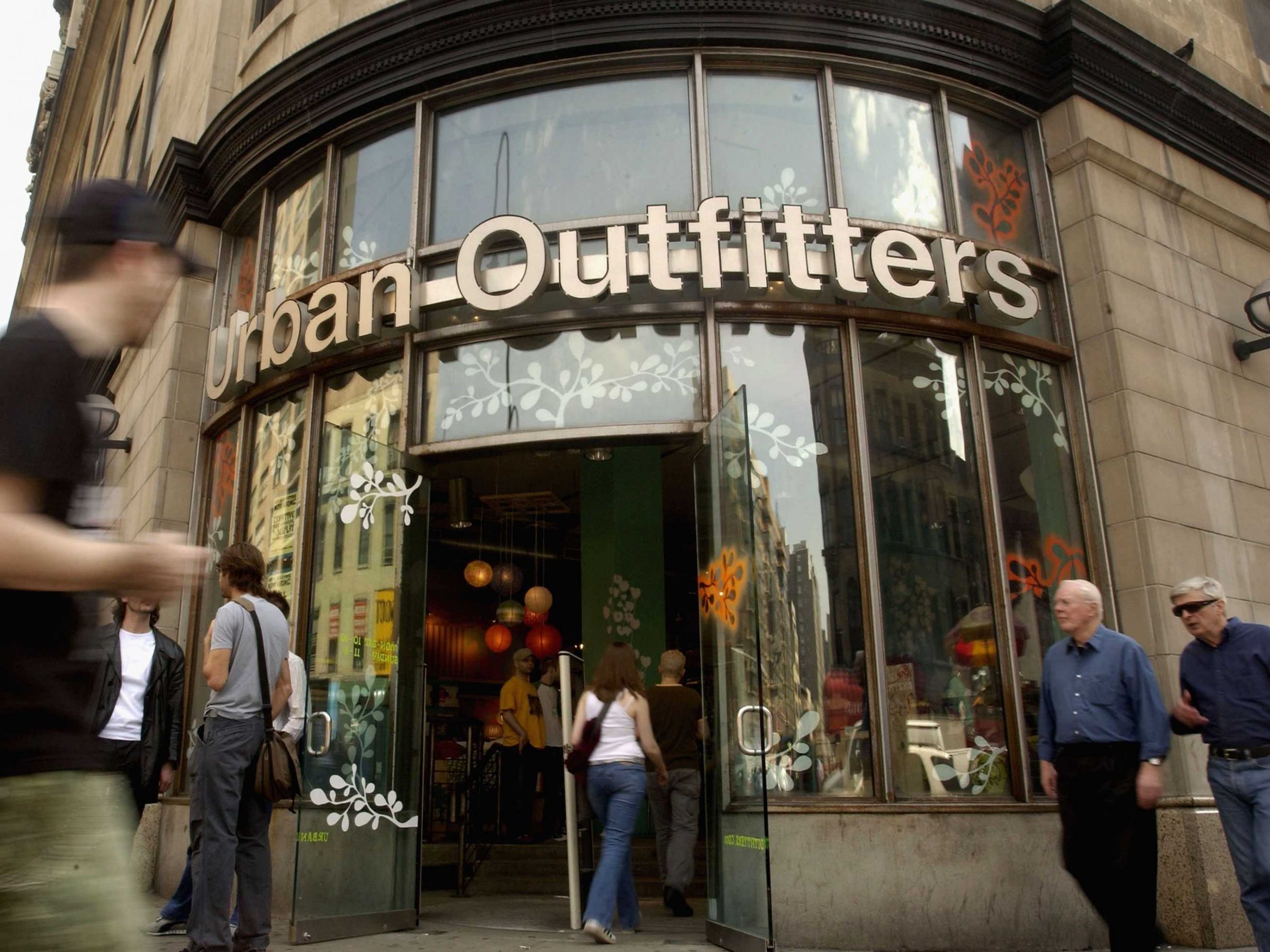 Once known as the retail mecca for hipsters and alternative fashion lovers, Urban Outfitters is now ubiquitous — and struggling to stay relevant as a result.

The store, which sells clothing inspired by the bohemian, kitschy, and vintage styles, has long attracted customers (generally teens and people in their early twenties) looking for a more alternative look.

Interest in the style led to the brand’s rapid expansion — Urban Outfitters’ sales grew by 44% percent between 2003 and 2006. As of 2016, the company had 240 stores across North America and Europe.

“For many years, they were the cool place,” Jan Rogers Kniffen, a retail analyst specializing in brand investment, told Business Insider. Known for its destructed denim jackets, ironic sweatshirts, and kitschy knickknacks such as Polaroid cameras, the store was essentially the mass-produced version of the thriftstore find.

But despite a surge in store openings in 2012, shares of the retailer have been dropping consistently over the last two financial quarters. From July to September 2016, sales at the store fell by nearly 8 percent, which CEO Richard Hayne admitted was caused by too many stores.

“This created a bubble, and like housing, that bubble has now burst,” he said. “We are seeing the results: Doors shuttering and rents retreating.”

“There was a big boom when places like Williamsburg and Greenpoint were starting to happen,” said Eila Mell, a fashion consultant and author of a book on the TV show “Project Runway,” told Business Insider. “A lot of people were interested in the hipster look.” Urban Outfitters did not respond to Business Insider’s request for comment.

Both Kniffen and Mell said that the nationwide trend of brands closing down stores to focus on online shopping has contributed to this decline in sales. But with the decline of the hipster trend and the store’s rapid expansion, Urban Outfitters is also struggling to hold onto the consumer base that once sought it out for cool pieces.

“That’s clearly where they started out. They were the urban cool, they only had a few pieces of each item,” Kniffen said, adding that at a certain point the brand’s tendency to open stores in old bank buildings and warehouses set it apart from other brands.

As the years went by, Urban Outfitters has also been embroiled in a number of controversies — from accusations of copying designs from individual artists to pieces that evoked associations with the Holocaust and a trademark battle with the Navajo Nation. Still, the brand has — until recently — continued to attract a customer base of young shoppers looking for hipster-style pieces.

“Some people just want to shop there,” Mell said, clarifying that changing trends would not dissolve the brand’s key consumer base. “I don’t think it’s going to discourage them.”

Even though the brand’s CEO has repeatedly saidthat “big is the enemy of cool,” Urban Outfitters opened numerous locations in suburban malls and watched its once-edgy aesthetic get absorbed into the mainstream.Once flannel and skinny jeans became available at other stores, mass-retailers such as Forever 21 and H&M quickly became Urban Outfitters’ competition.

“[H&M and Forever 21] are also very fashionable and they appeal to consumers that would be shopping at Urban Outfitters,” Kniffen said. “It makes that business so much harder to be successful in.”

But he also does not expect Urban Outfitters — particularly its upscale sister brands such as Anthropologie, Free People, and Terrain — to go away any time soon.

“The consumer once saw them as unique,” said Kniffen. “As you grow, you become bigger and it’s harder to maintain that.”