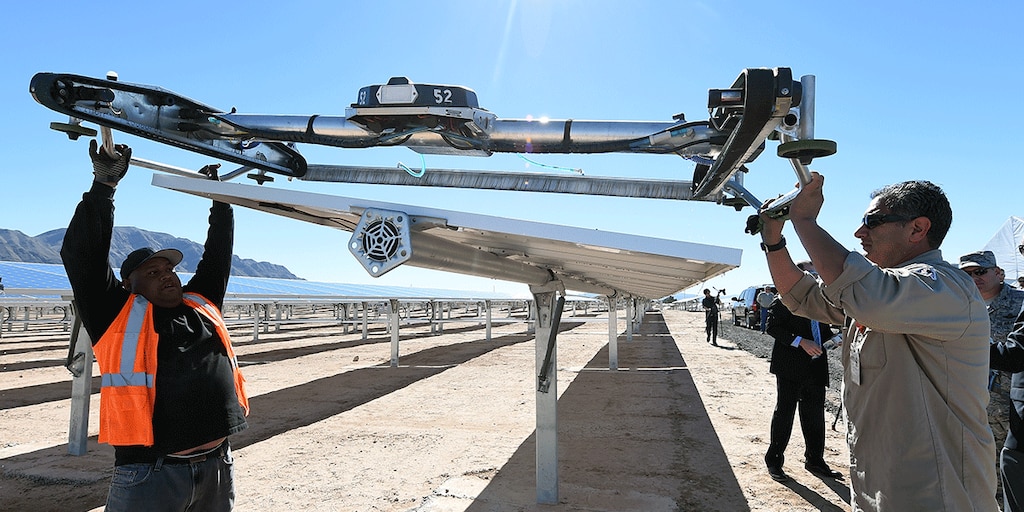 The US renewable energy sector saw a 28% spending increase through 2019, ignoring the Trump administration’s views on climate change to reach a new investment record, according to Bloomberg New Energy Finance.

The sector saw $55.5 billion of investment last year, beating out Europe and landing second to China. The spending was boosted by wind and solar firms looking to qualify for federal tax credits before the government scales them back in 2020, Bloomberg reported.

“It’s notable that in the third year of the Trump presidency, which has not been particularly supportive of renewables, US clean energy investment set a new record by a country mile,” Ethan Zindler, head of Americas for BNEF, said.

Global investment in green energy reached $282.2 billion in 2019, up about 1% from the year prior but falling below the level seen in 2017. China kept its top spot despite seeing investment fall 8%. Europe sank to third place, posting a 7% decrease in green energy spending.

The global investment figure is a crucial indicator for measuring progress in the effort to curb climate change. Though the metric posted a moderate gain in 2019, it remains well below levels needed to adhere to the Paris climate agreement, according to BNEF. The accord targets a global temperature increase of less than 2 degrees Celsius (3.6 degrees Fahrenheit) since the start of the industrial revolution.

To reach such a goal, global renewable energy investment needed to hit $580 billion each year between 2017 and 2020, according a 2017 BNEF study. The 2019 figure sits at roughly half that amount.

Though the Trump administration chose not to join the Paris climate agreement, numerous state governments have pushed forward with plans to reach the 2-degree-Celsius goal.

The record-high US spending arrives as the effects of global climate change compound. Earth’s oceans were the warmest they’ve been since research began in the 1950s, according to a study published January 13 in the journal Advances in Atmospheric Sciences. The record-high temperatures capped the hottest decade on record.

Bitcoin is on its best start-of-year streak since 2012