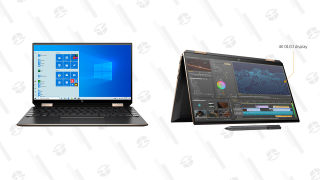 Growing up, there were two things I loved more than anything: fast cars and Van Halen. If you could stick those two things together, all the better—and my family often did. My dad would make mix tapes of his favorite Van Halen songs to play at max volume while we went cruising in our 1989 Grand Prix Turbo. In my mind, the two things are inseparable. The wailing riff from Eddie Van Halen’s guitar, the heart-thudding roar of an engine—they’re one and the same. They’re made for each other.

I have a complicated relationship with my dad. I’m not even really sure you can call it a relationship at this point. But I’ve been thinking a lot about it in the wake of Eddie Van Halen’s death (which took place 47 years to the day after my favorite Formula One driver, François Cevert died at Watkins Glen—but that’s a different story).

The very foundation of who I am is built on muscle cars and rock n’ roll. Hell, it’s how I started dating my husband—we were camping at the same IMSA race, and he wooed me by asking me to come listen to Van Halen with him. The Elizabeth Blackstock you know today wouldn’t exist if it hadn’t been for those two things.

No matter how things have gone since then, I have that. I have those memories—long days spent in the garage only to go home, turn on Van Halen, and Dance the Night Away. Listening to Eddie Van Halen play gives me that same lighthearted feeling I get behind the wheel. I want to go faster. I want more. I want to wrap my fingers around the moment and drape it over me like a blanket and then pull it all down into the little spaces of my heart so I can access that memory whenever I want.

One day I’ll write more about it. But today, I’m giving you the top 10 Van Halen songs that I maintain are the perfect driving soundtrack for any trip. Doesn’t matter where you’re going. Doesn’t matter who you’re with. They’re perfect.

Look me in the face and tell me that drill in the beginning doesn’t get you hyped.

You can’t, because it does. It’s that slow-cruise-out-of-the-parking-lot jam that gets you started on a cross-country drive, and it’s fucking perfect.

I’m not sure how my family got their hands on this song. It was a bonus track on the Japanese version of Balance and a B-side to the “Can’t Stop Loving You” single—but whatever the case, it’s a real banger for nighttime driving. It’s one of the band’s more experimental tracks, and it pays off. I still pull out my old iPod classic so I can listen to this one.

Listen—I know Panama is, like, the stereotypical driving song, but I don’t give one single damn. It’s a classic for a reason, and that reason is because it fucking slaps. If you don’t slam your foot down on the accelerator after “ain’t no stopping now,” then I don’t know if we can be friends.

This one probably isn’t the most popular choice for a driving soundtrack, but you know what? I stand by it. I stand by the entirety of Diver Down. Cathedral is that perfect late fall song for when you’re cruising through a sunset checking out the way the leaves are changing. It reminds me of October trips to Lake Huron. One of those songs that turns you into a sponge to soak up everything around you. It belongs on this list.

The cover of Fair Warning used to scare me when I was a kid, so it took until I was a teen to really appreciate it. The whole album makes for good driving jams, but I’m picking Sinner’s Swing because it’s kind of frantic and mean and intense, and the solo makes me lose my mind.

Yet another Diver Down classic that absolutely requires the flamenco-style intro for full effect. (Seriously—I judge everyone who skips it.) Again, it’s one of the reasons why Eddie remains such an impeccable guitarist in my mind. He took his inspiration from everywhere and turned it into something gorgeous. Little Guitars is just a hell of a lot of fun, one of those songs summer day songs that you can’t help singing along to.

No, this isn’t one of Eddie’s more intricate pieces of guitarwork, but I’ll give it a pass because I do enjoy how heavy it is. It’s a hell of a good pick-me-up. The band used this as their opening song in 1978, and I put it on when I need a kick in the ass in a long drive. By the end of the song, I’m hollering along and read to put in another five hours.

Is there any other song that makes you want to get up and dance quite like Top Jimmy? No. At least, not for me.

2. Somebody Get Me A Doctor

I remember reading somewhere that they recorded this song after like one or two takes. Whether that’s true or whether that’s just the background hollering after the solo, I don’t know, but this song is so full of energy that it makes you feel that way. It also makes me feel like driving real fast through the middle of nowhere.

This is it. My number one jam. I’m pretty sure I had this song on repeat-one for the entirety of my junior year of high school, and it had everything you could ever want. Stair-stepping pickwork, a pause for a drum breakdown, the quiet-loud back and forth—this song is barely over three minutes, and yet it packs such a punch it leaves you exhausted by the end. It’s the perfect song for behind the wheel.

But who am I kidding—everything Van Halen has ever done works damn well as a driving song.