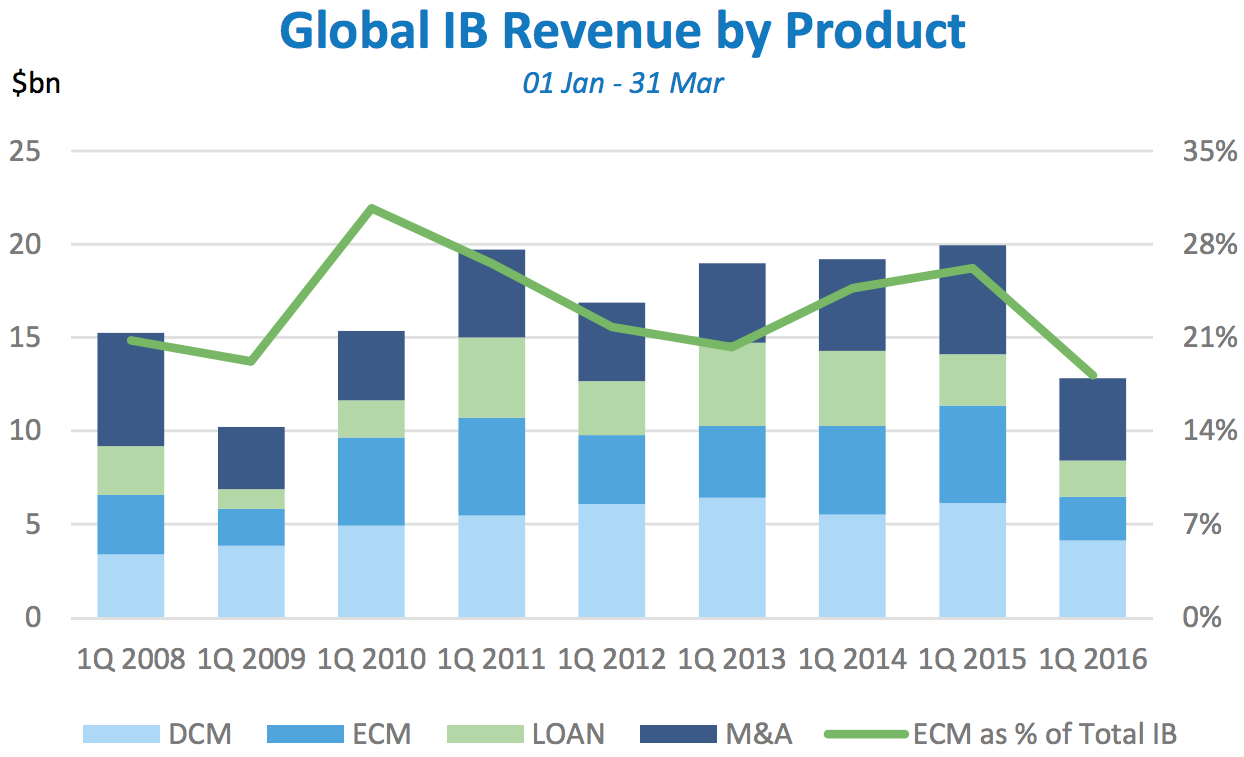 Wall Street deal makers are having their worst quarter since the dark post-financial-crisis days of 2009.

That’s according to Dealogic, which just released its preliminary investment-banking review for the first quarter of 2016.

In the debt-capital-markets business, banks earned $4.1 billion in revenue, down 32% from last year, and the lowest since 2009. Specifically, high-yield bond revenue dropped 70% year-on-year, while investment-grade revenue fell 13%. Within ECM, initial-public-offering revenue was also the lowest quarterly total since the first quarter of 2009, coming in at $336 million.

Syndicated-lending revenue was also down in the first quarter, coming in at $1.9 billion, a 30% decrease from 2015. Specifically, investment-grade loan revenue was down 50% year-over-year.

M&A revenue was down 24% year-over-year, coming in at $4.4 billion, while financial-sponsor-related revenue was down 46% at $1.8 billion. That, too, is the lowest quarterly total since the first quarter of 2009.