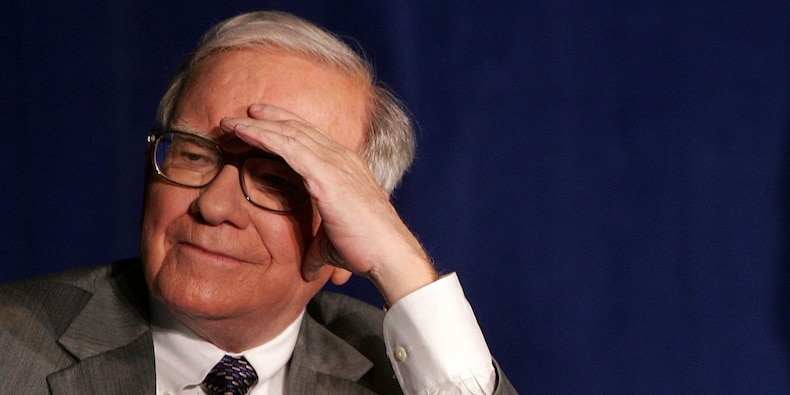 Warren Buffett has been a vocal critic of Bitcoin in recent years, repeatedly dismissing the cryptocurrency as worthless and a risky, speculative asset.

Crypto fans have brushed off the billionaire investor and Berkshire Hathaway CEO’s warnings, driving Bitcoin’s price up as much as 350% to record highs over the past year.

Here are Buffett’s 16 best quotes about Bitcoin and crypto, edited and condensed for clarity:

1. “Cryptocurrencies basically have no value and they don’t produce anything. They don’t reproduce, they can’t mail you a check, they can’t do anything, and what you hope is that somebody else comes along and pays you more money for them later on, but then that person’s got the problem. In terms of value: zero.” – CNBC, February 2020

2. “It’s ingenious and blockchain is important but Bitcoin has no unique value at all, it doesn’t produce anything. You can stare at it all day and no little Bitcoins come our or anything like that. It’s a delusion basically.” – CNBC, February 2019

3. “If you and I buy various cryptocurrencies, they’re not going to multiply. There are not going to be a bunch of rabbits sitting there in front of us. They’re just gonna sit there. And I gotta hope next time you get more excited after I’ve bought if from you and then I’ll get more excited and buy it from you. We could sit in the house by ourselves and we could keep running up the price between us. But at the end of the time there’s one Bitcoin sitting there and now we’ve gotta find somebody else. They come to an end.” – CNBC, May 2018

4. “In terms of cryptocurrencies generally, I can say almost with certainty that they will come to a bad ending. If I could buy a five-year put on every one of the cryptocurrencies, I’d be glad to do it, but I would never short a dime’s worth.” – CNBC, January 2018

Read more:‘Extremes are becoming ever more extreme’: A Wall Street strategist who sounded the alarm before last year’s 35% crash showcases the evidence that a similar meltdown is looming

6. “It’s a mirage basically. It’s a very effective way of transmitting money and you can do it anonymously and all that. A check is a way of transmitting money too. Are checks worth a whole lot of money just because they can transmit money? I hope Bitcoin becomes a better way of doing it but you can replicate it a bunch of different ways. The idea that it has some huge intrinsic value is just a joke in my view.” – CNBC, March 2014.

7. “It’s not a currency. It does not meet the test of a currency. I wouldn’t be surprised if it’s not around in 10 or 20 years. It is not a durable means of exchange, it’s not a store of value. It’s been a very speculative kind of Buck Rogers-type thing and people buy and sell them because they hope they go up or down just like they did with tulip bulbs a long time ago.” – CNBC, March 2014

Read more:Michael Saylor has invested over $1 billion of MicroStrategy’s funds in Bitcoin. The software CEO-turned Bitcoin whale explains why he is making such a massive bet on the digital asset.

10. “You’re going to be a lot better off owning productive assets over the next 50 years than you will be owning pieces of paper or Bitcoin.” – CNBC, March 2014

11. “I get in enough trouble with things I think I know something about. Why in the world should I take a long or short position in something I don’t know anything about? We don’t have to know what cocoa beans are gonna do, or cryptocurrencies, we just have to focus on eight or 10 stocks.”- CNBC, January 2018

12. “It draws in a lot of charlatans. It’s something where people who are of less than stellar character see an opportunity to clip people who are trying to get rich because their neighbor’s getting rich buying this stuff that neither one of them understands. It will come to a bad ending.” – 2018 shareholder meeting

Read more:Cathie Wood’s ARK Invest runs 5 active ETFs that more than doubled in 2020. She and her analysts share their 2021 outlooks on the economy, bitcoin, and Tesla.

13. “Bitcoin has been used to move around a fair amount of money illegally. The logical move from the introduction of bitcoin is to go short suitcases because the money that was taken in suitcases from one country to another – suitcases will probably fall off in demand. You can look at that as the economic contribution of bitcoin to the society.” – CNBC, February 2020

15. “I don’t have any Bitcoin. I don’t own any cryptocurrency, I never will. I may start a Warren currency, maybe I can create one and say there’s only going to be 21 million of them. You can have it after I die but you can’t do anything with it except sell it to somebody else.” – CNBC, February 2020

16. “I’m really sorry it happens because people get their hopes up that something like that is gonna change their lives.” – CNBC, February 2019

Read more:A growth-fund manager who’s beaten 96% of his peers over the past 5 years shares 6 stocks he sees ‘dominating their space’ for the next 5 to 10 years – including 2 he thinks could grow 100%