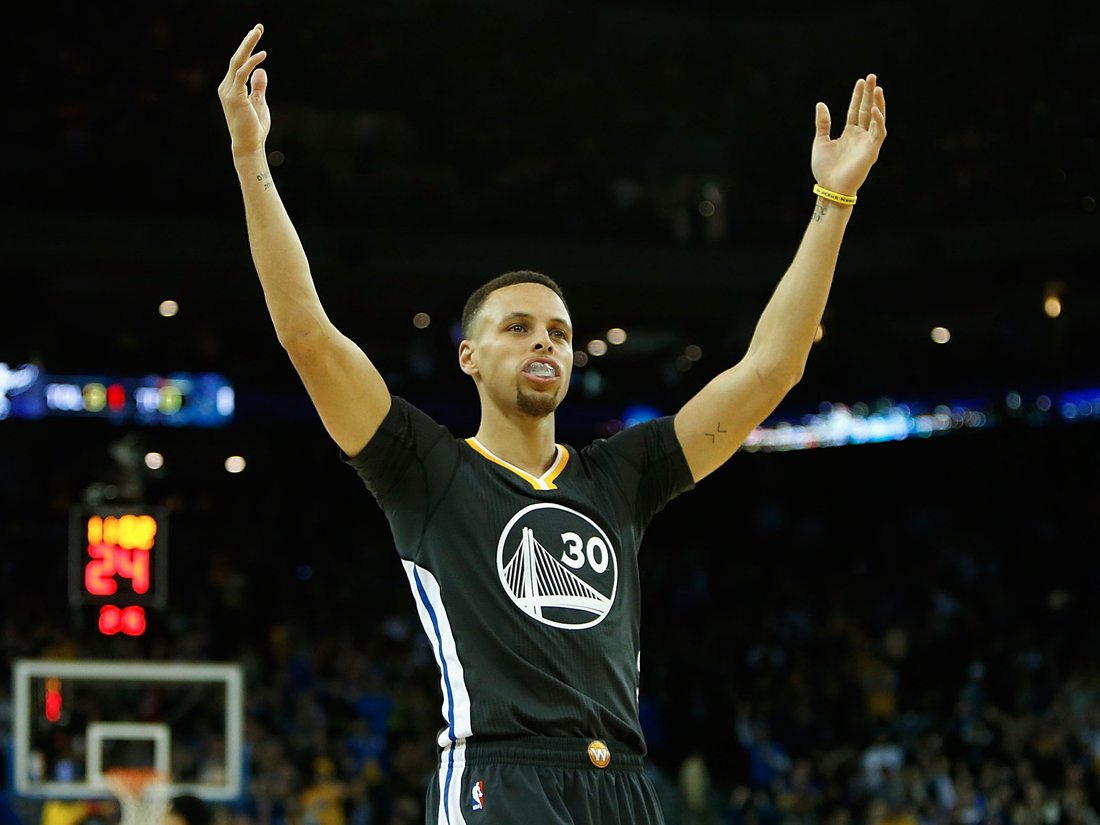 For as entertaining as his in-game theatrics can be, Stephen Curry’s workouts have also become must-see events.

Throughout the season, fans, both home and away, have flocked to arenas hours before game time to watch the athlete master his craft.

Curry, because of his magnificent shooting, practices in a way that others don’t. He takes typical shots around the court to get in his reps, but as Sports Illustrated’s Chris Ballard describes, the Warriors have had to get creative to keep Curry working.

In Beat the Pro, a player shoots from anywhere on the court. Each made shot counts for one point, while each miss counts as negative two. The goal is to get to positive seven before negative seven. It was too easy for Curry.

So, the Warriors made “Beat the Ogre” and upped the ante for Curry. He shoots from NBA three-point range, on the move, and must get to 21. Each made shot still counts for one point, but each miss counts for negative four. As Ballard notes, Curry could hit 10 shots in a row, but if he misses two, he would still be only at +2.

Ballard also says that the Warriors added a new conclusion to the game, where Bruce Fraser and U’Ren roll a ball out to Curry, then hound him on defense. Curry has to pick up the ball, then jack up a wild shot. If he makes it, they move on from the drill. Fraser admitted that it may help Curry with in-game situations, but it’s really just so he and U’Ren can have fun.

KNBR caught a glimpse of the finale of Beat the Ogre, where Steph was able to hit a shot:

Ballard notes that, plenty of times, Curry isn’t able to hit the wild heave with Fraser and U’Ren draped all over him, so there is still room for improvement.

It may not be easy for the Warriors to take the NBA’s best player and improve his skills even further, but at least they get to have fun doing it.