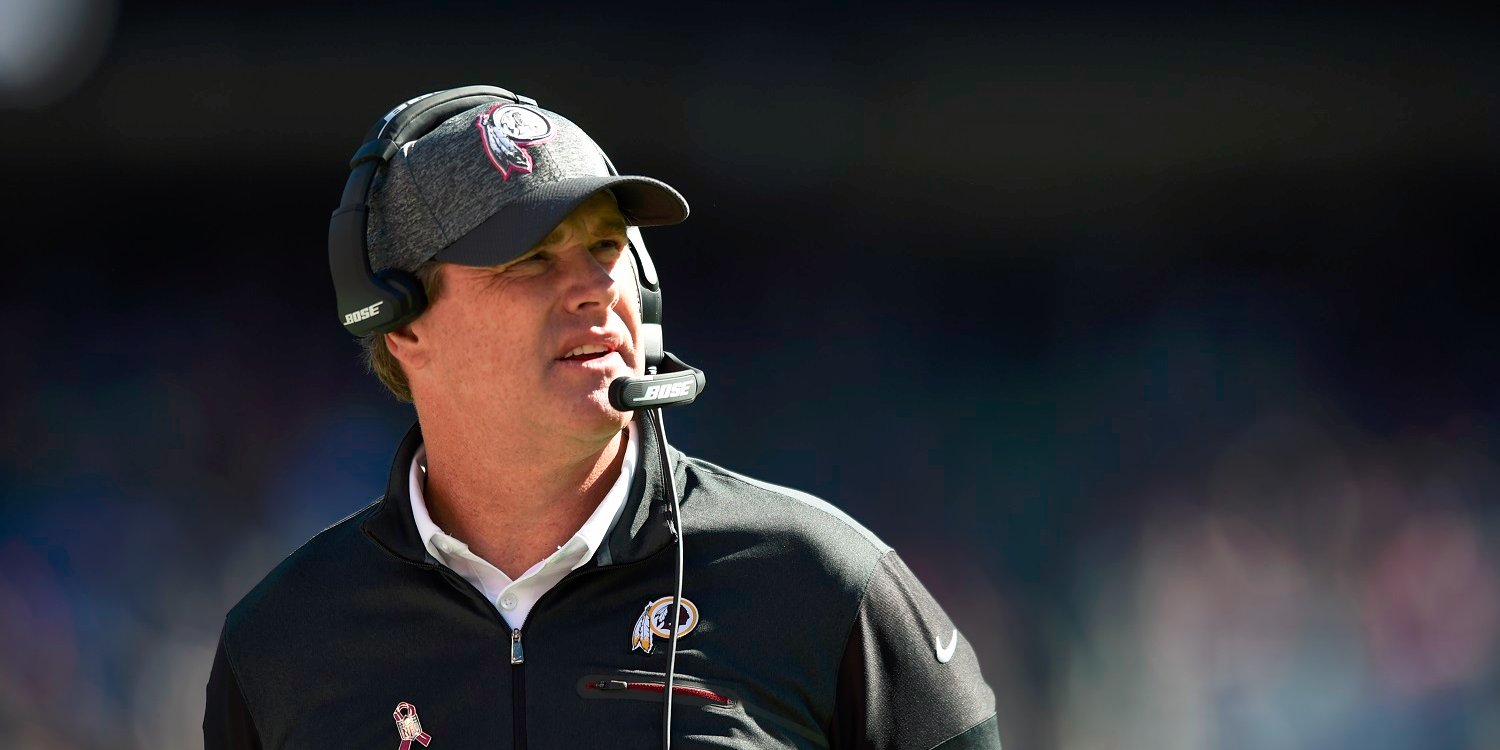 Neither the Washington Redskins or Cincinnati Bengals were able to score in overtime in Week 8, and the game ended in a 27-27 tie.

After the game, Gruden admitted he was confused about how to feel, not realizing that games could end in a tie if the score remained even after a full overtime period.

Gruden: “I don’t know how to react. I didn’t know it was possible to tie. There was a tie last week I was like ‘how heck did they tie?'”

It’s possible that Gruden meant he was surprised that neither team was able to score with the game, but that isn’t particularly surprising either. So, while the NFL overtime rules can be confusing to some, it’s bizarre to hear an NFL coach admit to being bewildered by them.

Both teams had their chances down the stretch. Washington kicker Dustin Hopkins missed a 34-yard field goal in overtime that would have won the game. On the ensuing drive, Bengals quarterback Andy Dalton fumbled, giving the ball back to Washington, who was unable to score.

Gruden has a point that a tie is an odd result in a game like football, but to not know that a game could end in a tie is an unusual admission.