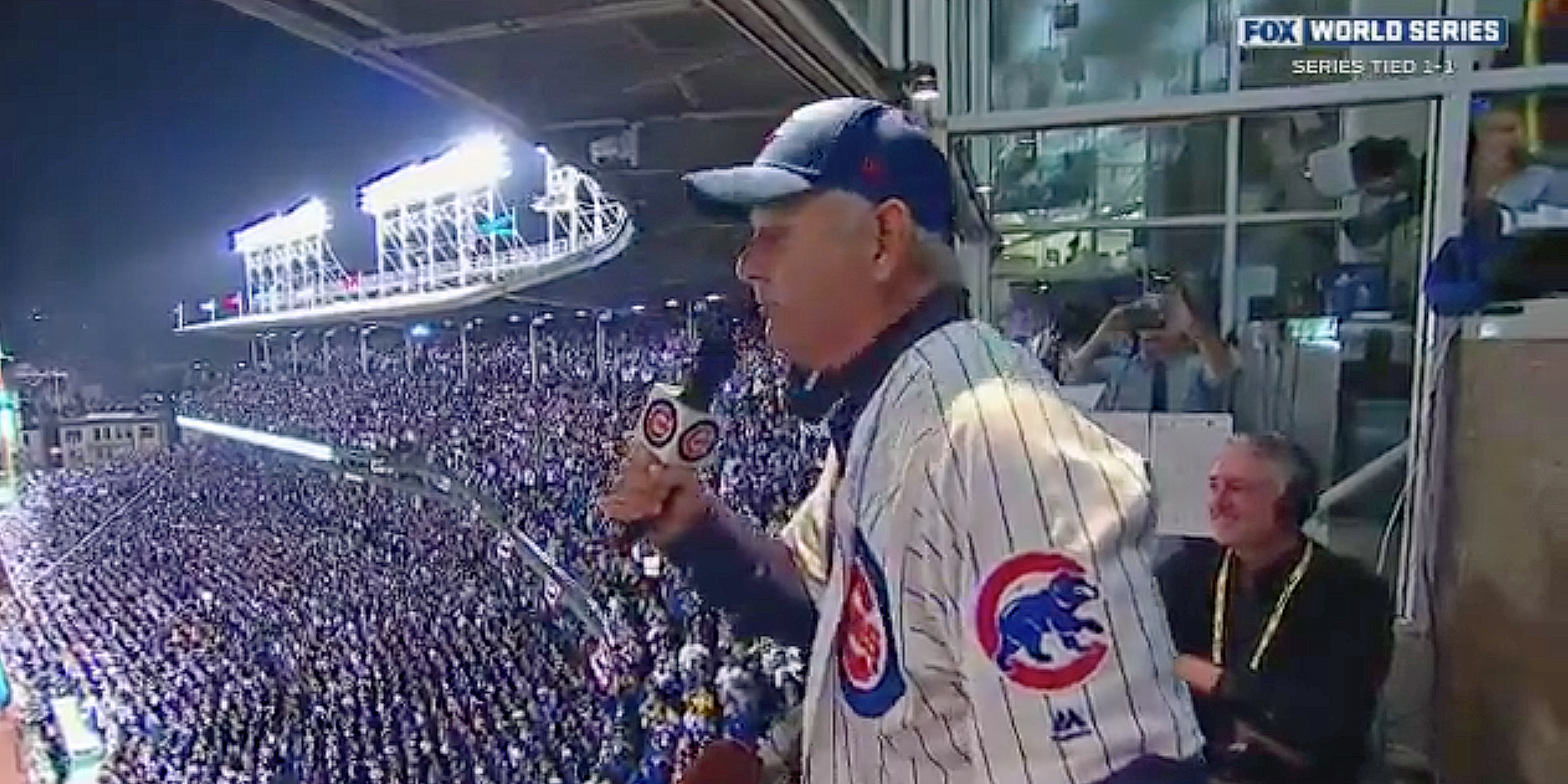 Bill Murray singing “Take Me Out to the Ballgame” at Wrigley Field.Fox Sports

Actor, comedian, and unapologetic Chicago Cubs fan Bill Murray was on hand at Wrigley Field on Friday night during Game 3 of the World Series.

Not one to just sit on the sidelines, Murray led the crowd in a rendition of “Take Me Out to the Ballgame.” Also not one to do anything halfway when it comes to comedy, Murray led the song in a way only he could.

Watch him sing below:

Such a legend. BILL MURRAY sings the 7th inning stretch in Game 3 at Wrigley Field. #WorldSeriespic.twitter.com/RLFMUBXcYx