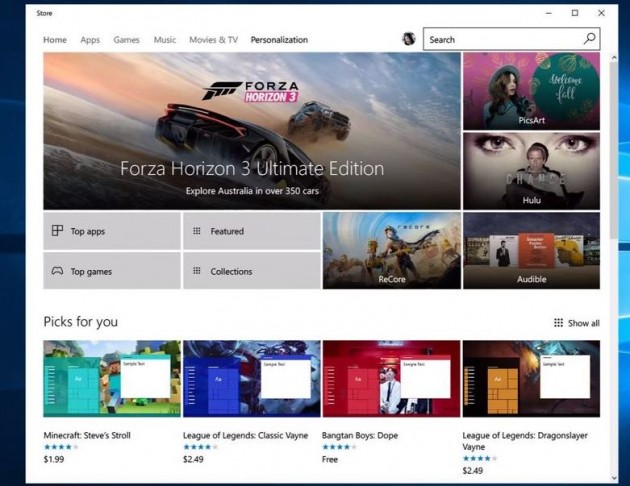 Microsoft talked a bit about the Windows 10 Creators update earlier this week, when it announced the forthcoming changes to Windows 10. It didn’t dive very deep, however, and now new details are painting a clearer picture of what to expect – including in-operating system purchases. Yeah, a spin on in-app purchases.

The Verge covered several of the new changes like custom access colors, action center changes, a new Groove Music Maker app and more. The one that stuck out most, though, is a new “Themes” function. No, themes aren’t new, but charging for them is.

Microsoft is going to sell Windows themes for $2.49 in the Windows Store. Yes, really https://t.co/YUlaofbLp4pic.twitter.com/bg3Asa3X29

According to Tom Warren, who posted the above screenshot, Microsoft will sell various themes, some that tie in to games or other properties. It’s similar to what we see on the Xbox One, so it makes sense, but it also feels weird. Note how a Minecraft theme is priced at $1.99, for example, while a League of Legends Windows 10 theme is $2.49. Another, “Bangtan Boys” is free.

Themes aren’t new, but microtransactions in Windows are

If you go way, way back, you might remember some third parties used to sell theme packs for operating systems like Windows XP, but this just feels different, like in-app purchases that don’t really need to exist. I’m all for decking out your operating system with custom colors, but paying Microsoft for that kind of stuff? Eh, weird.