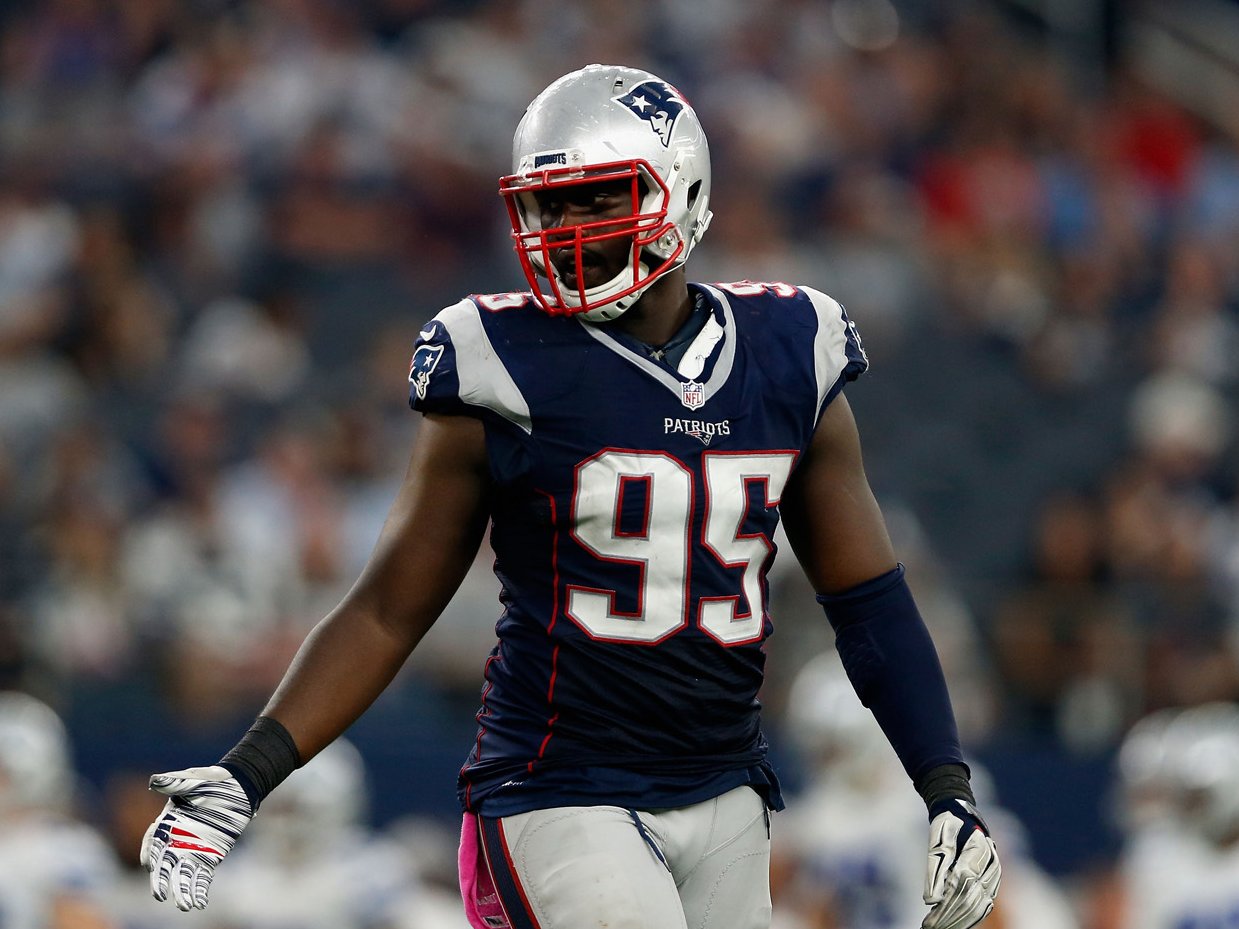 On Tuesday, The Boston Herald broke a story that Jones had shown up to a Foxborough, Massachusetts police station under the influence of a drug, though it was unknown what the drug was.

Jones was described as a “confused party” and taken to the hospital while police went to his home, and audio later revealed they found a “Class D” drug at his home.

When The Herald attempted to uncover more of the story, the Foxborough police chief Edward O’Leary reportedly denied any involvement with Jones. Later on, after the dispatch records had been modified to remove information, according to the Herald, O’Leary said it wasn’t a “police-specific” call, but rather a medical incident, and thus, the details were being withheld due to privacy concerns.

Reporters scrambled to figure out what happened, with Christopher Gasper of the Boston Globe reporting that Jones had a bad reaction to synthetic marijuana.

On Thursday, Foxborough police released the police report on the incident, which confirms that Jones did indeed have a bad reaction to a drug, though it doesn’t confirm if it was synthetic marijuana. However, there are more bizarre details about the incident, as reported by Boston Globe’s Astead Wesley, Andy Rosen, and John R. Ellement.

Jones reportedly arrived shirtless, and without provocation, got down on his knees and put his hands behind his head. The report says (via The Globe):

“This man got down on his knees, he interlocked his fingers, and he placed his hands tightly against the back of his head. For a quick second or two, this man held this position – it was like this man was trying to surrender (he was literally ‘as stiff as a board’/he was both upright and rigid,” It adds that it looked like Jones was praying.

The report adds that Jones was clearly looking for assistance and had made a direct line for police. Upon being escorted to an ambulance, he remembered he left his keys at his home, when police sent an officer to his home. The officer reported a scent of burnt marijuana.

Police say Jones was cooperative, not resistant, was not armed, and did not have any drugs in his possession.

According to the Globe, the report confirms O’Leary’s initial statement that it wasn’t a police matter: “The town’s public safety personnel treated this incident from the outset as a medical assistance response. A review of the record associated with this incident has validated that determination.”

It’s unclear if Jones will face any punishment for this incident, from police or the NFL. According to ProFootball Talk’s Darin Gantt, Jones’ alleged use of synthetic marijuana could land him the league’s substance abuse program, but it wouldn’t warrant a suspension.

NOW WATCH: MISS UNIVERSE: What I was thinking when Steve Harvey announced the wrong winner