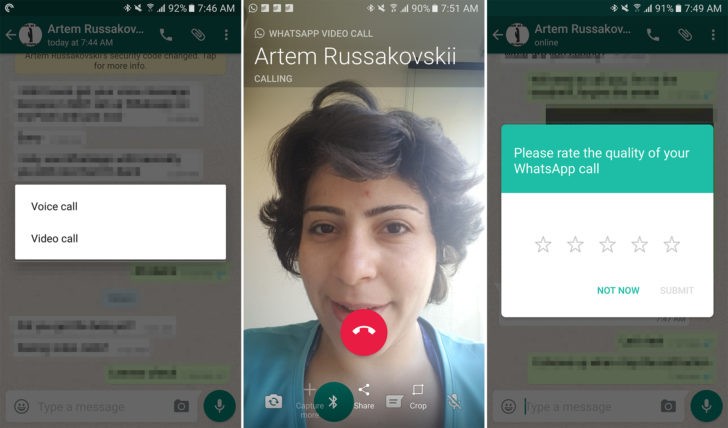 WhatsApp is starting to roll out video calling to its Android client, according to Android Police, which noticed the changes in beta versions of the software. There’s a small catch, though.

The feature isn’t rolling out to everyone yet, which means WhatsApp and its parent company, Facebook, are likely starting to deploy it in stages. This is a common practice, allowing the app-maker to fix any bugs or issues that pop up before hundreds of millions of people are using the service.

The staggered roll out means you can’t just video call anyone willy-nilly, either. If your client gets the feature, the chances are probably slim that one of your contacts also has the new update. Android Police said you can expect a standard voice call if you try to place a video call to someone without the feature active yet.

Android Police said you can try to force the WhatsApp beta to add the feature by “wiping app data and logging in again.” You’ll need to be participating in the beta program first, though.

If this sounds remotely familiar, that’s because something similar happened back in May when some users reported seeing the video- calling function pop up on Android phones. It didn’t work at that point, though, which suggests WhatsApp has made a lot of progress since then. Despite, the progress, we still don’t know when WhatsApp plans to roll this feature out to everyone.