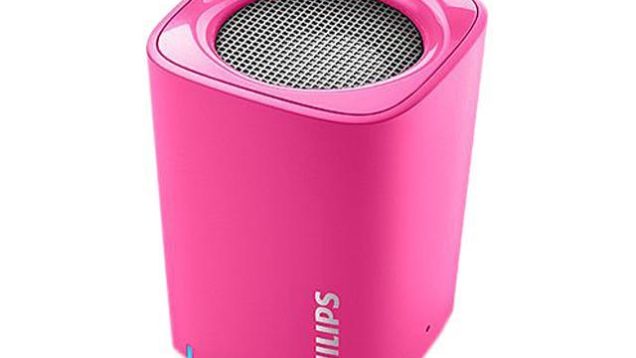 History selectively chooses its heroes. In a world where two men simultaneously developed the theory of evolution, we’ve opted to remember Charles Darwin over Alfred Russel Wallace. In the development of calculus, we remember the name of Isaac Newton and not Gottfried Wilhelm Leibniz. But in many cases, it’s the women whose discoveries and accomplishments go unnoticed. Such is the case of Lilian Bland, the first woman to design, build, and fly her own plane.

I won’t take credit for knowing Bland’s name—that goes to Katherine LaGrave, whose incredible article about the aviatrix was published in Afar on August 26, 2020. It’s a wonderful biography that warrants a read—and it’s had me thinking about the nature of history and collective memory. Why is it that we remember Amelia Earhart and not the woman achieving great feats while Earhart was still a teenager?

In 1909, when Louis Blériot made his 36 minute flight from France to England, Bland had already established herself as a journalist and photographer with a penchant for breaking gendered boundaries of the wealthy Victorian family into which she was born. She smoked, wore trousers, hunted her own game, and made a living without the help of a male companion. When Blériot made his journey, Bland was studying birds that lived on remote Scottish isles, dreaming about what it took for these creatures to live an airborne life.

Later that year, in October, she took her first aviation meeting and jotted down the measurements of the plane in question. She went home, subscribed to Flight magazine, sketched her first plane, built a scaled model, and began putting together plans to build the real thing. She was enamored.

Her iconic plane design, known as the Mayfly, wasn’t necessarily a huge hit. While it was successful both with and without an engine, it wasn’t known for traveling particularly long distances. Her longest trip was 400 meters, or about a quarter of a mile, and the design wasn’t equipped to handle the larger engine that would enable it to go any further.

In 1911, at the urging of her father who deemed flying dangerous, Bland donated the Mayfly’s frame and sold the engine. She tried her hand at running an automotive dealership but eventually retired to Vancouver with her recent husband, where she settled down to a more conventional family life. Her only child, Patricia, died at age 16 due to tuberculosis. She and her husband soon split up, with Bland moving back to England, where she found her only purpose in gambling.

The two years that Bland designed and built her Mayfly would thus remain the pinnacle of her achievements, and it’s hard not to imagine what more she could have done if only she’d had the support of her family.

Despite making up half of the world’s population, historian Dr. Bettany Hughes posits that women make up only half a percent of recorded history. She goes on further to add:

A lot of the women that we think of, like Cleopatra and Helen of Troy, one of the reasons their stories have lasted is that they are portrayed as highly sexualized. They are exciting, but the danger of their influence has also become a warped morality tale; we remember them as creatures who draw men towards their beds and towards their death.

Often women aren’t allowed to be characters in history, they have to be stereotypes. Cleopatra was a poet and a philosopher, she was incredibly good at maths; she wasn’t that much of a looker. But when we think of her, we think: big breasted seductress bathing in milk. Often, even when women have made their mark and they are remembered by history, we are offered a fantasy version of their lives.

In other cases, history is more likely to remember tragedy. Amelia Earhart was the first woman to cross the Atlantic Ocean, but as I’ve shown through the history of women in racing, being the first or best woman to do something doesn’t necessarily guarantee your place in the stories we tell decades later. Do we remember Earhart as an investor? One of the heirs to her grandmother’s fortune? Do we remember the details of her flights that weren’t record breaking or the cause of her death? Often, we don’t.

It was the tragedy of her mysterious death that really solidified Earhart’s place in history, because humans are coded to remember traumatic events more deeply than others. On the other hand, when women like Bland fade off into distance, it’s far easier to forget them—especially after they’ve opted to become homemakers, or when they’ve never accomplished anything absolutely massive. After all, society is only now coming to understand the impact that women like Ada Lovelace or Mary Allen Wilkes had in the development of computer programming and coding.

Bland’s foray into the world of aviation was a short one, but it’s still one that should be remembered. She has been argued to be the first woman to design, build, and fly her own airplane, and she did so working in a small studio that forced her to build one small component at a time before assembling everything outdoors. Her fascination with flying developed quickly, and it took her less than a year to go from initial design to functional product.

No, Lilian Bland didn’t invent the airplane, and she didn’t develop any significant changes to its design, but she did something that most men of her era wouldn’t have been able to achieve, let alone the women, who were expected to lead a domestic life. And that in itself is worth a note in the archives of history.