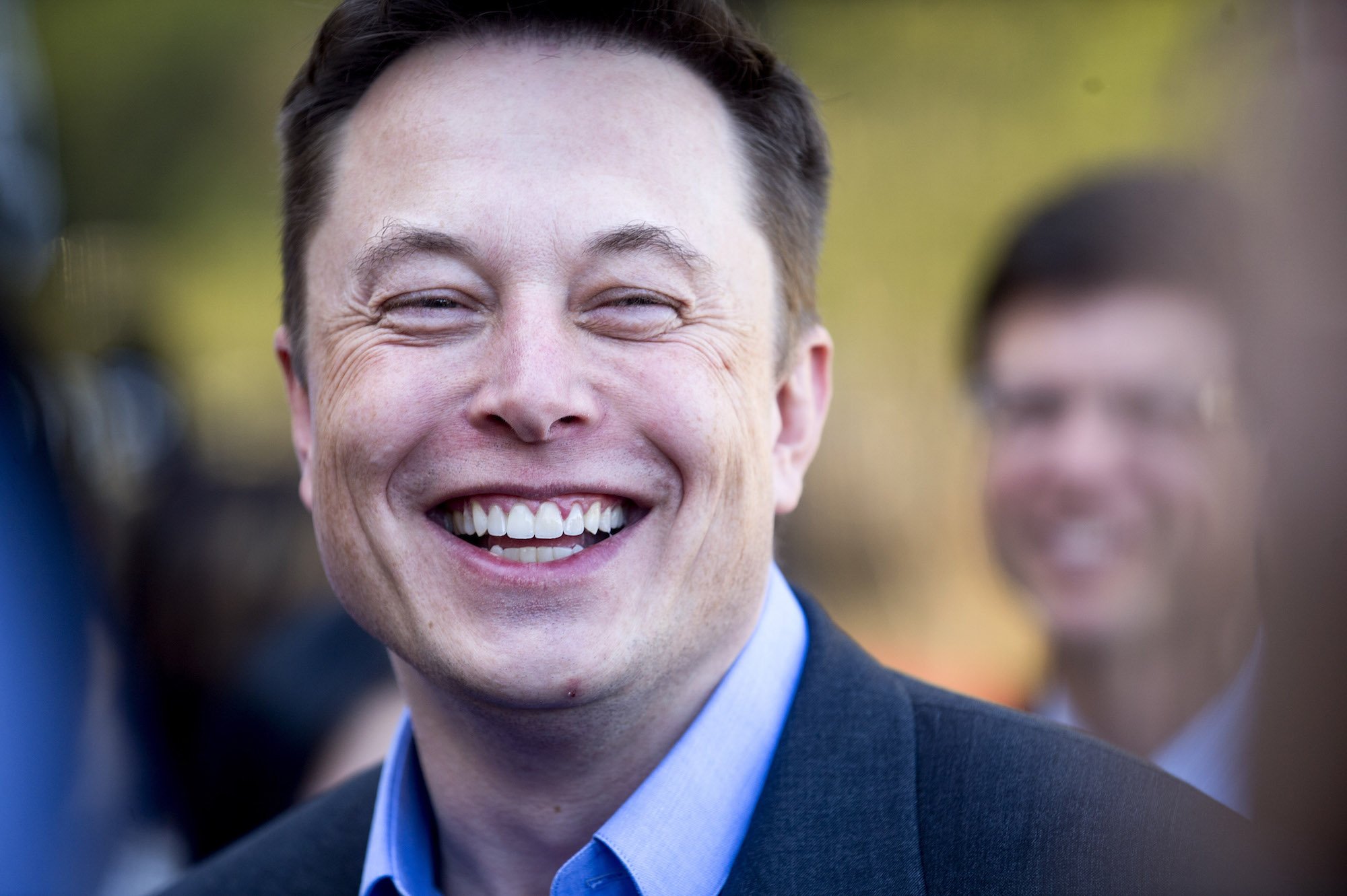 GM Could Put Tesla Out Of Business Tomorrow If It Wanted

I want the sexy old Tesla back

GM might actually be trying to put Tesla out of business

Hype around simply seeing the car for the first time has been huge; Tesla shares have undergone a major recovery over the past month, after the stock cratered at the beginning of the year.

The company is now trading well above $200, after dropping below $150.

Share-price volatility is nothing new for Tesla. Outside the narrow considerations of the stock, the business itself is spectacularly up-and-down. Making cars is tough, and Tesla is still learning how to make cars.

It’s unlikely that the Model 3 “reveal” (that’s what these first-looks are called in the auto industry) will disappoint anyone. Based on the Model S P85D and the Model X launches last year, it’s clear CEO Elon Musk has learned how to be a showman. These were parties rather than press conferences.

We already have the basic profile of the vehicle: it will deliver 200 miles of range on a single battery charge, cost around $35,000 in base form before tax credits and incentives, possess some of that patented Tesla performance, and provide the basic structure for additional vehicles, with a small sedan and a compact SUV to be the first examples.

But with the Model 3, Tesla will also be doing something entirely new and unfamiliar.

Tesla will be compromising. With the original Roadster, the Model S, and especially the Model X, Tesla held almost nothing back. The Roadster rebranded electric cars as hot, fast, and sexy. The Model S proved that they could also be luxurious — and hot and fast and sexy. The Model X raised the stakes on the Model S, with exotic “falcon wing” doors, sculptural seats, a massive front windshield, and “Bioweapon Defense Mode” air filtration delivering hospital-grade breathing for passengers.

The X was also hot, fast, and sexy.

The mass market, of course, has rarely been hot, fast, or sexy for automakers. Think Toyota Corolla. You don’t want to thrill — you want to provide versatile transportation for a lot of people.

This implies that to meet its price-point and production objectives — if Tesla hits Musk’s goal of building 500,000 vehicles annually by 2020, most will be Model 3s — Tesla will have to take a down a notch with the 3. Or maybe two notches. Or maybe more than that.

Out of necessity, the 3 will be smaller than the S or the X, will have less range, will be less luxurious, and will probably be slower, although due to the nature of electric propulsion, it will still feel fast because electric vehicles are naturally snappy off the starting line.

The Model S and the Model X both use mainly aluminum in their construction, but the Model 3 will almost certainly use good old-fashioned sheet metal. Economics will prevent it from being fully the mass-market EV of the future, a blissfully lightweight yet strong contraption that knows its name and can drive itself.

Although, it will likely have the full suite of Tesla software and tech features, including Autopilot semi-autonomous driving, so it will be able to drive itself in a limited way. Check one important box for the future. Tesla isn’t really a compromise-oriented company. Its pattern is to overpromise but underdeliver. Consistently, because at this stage of its life, Tesla gains nothing from setting realistic expectations in order to meet them. The company needs to chart an impressive, world-altering destiny.

But the mass market is all about compromise. Consumers don’t get the best of anything: engine, tires, wheels, seats, windows, audio — you name it. Only within the realm of infotainment do mass-market cars meet their luxurious superiors in the automotive peeking order, but that’s only because once you add a touchscreen and the software to drive navigation, audio, device integration, and so on, you have little more than the user interface to set the everyman apart from the elite.

This will likely be the case with the Model 3, which is slotted to be the least impressive Tesla from a pure engineering standpoint but won’t be left out when it comes to the large central infotainment screen that the Model S and X feature.

In this sense, Tesla will be adding another layer to its ongoing learning process.

Thus far, to build great cars, Tesla has lagged on building them in a manner that’s as effective as most other automakers. Musk has freely admitted that they overdid it with the Model X — the doors were a problem, the seats were a problem, the car was late to launch, and it doesn’t look as if the production ramp is as successful as the company might have liked.

So not only does Tesla need to improve at being a luxury carmaker — it needs to get up to speed on living with all the picayune concessions that come with being a mass-market automaker. Compromise is one thing, but don’t expect Tesla to serve up a Corolla-fighter next week. There’s only so far that Musk and his team are constitutionally capable of moving when it comes to laying off the sexy stuff.

The Model 3 should look pretty awesome. If the model being shown is drivable, it will be quick. The touted 200 miles of range should be rock solid — not swayed by the vagaries of temperature.

And Tesla may have a few tricks up its sleeve to make the new car pop. Given that the 3 is a platform, we may see a small sedan unveiled but get a look at designs for everything from a sports car to a pickup truck.

Still, Tesla is entering a brave new world: one where wowing the public is helpful — but not imperative.

And Musk has taught himself to be an excellent wower. Now, he needs to assure customers, who are immune to the wow, that Tesla is an excellent way to go.

SEE ALSO:Tesla’s stock has surged insanely high in 30 days, and it makes no sense