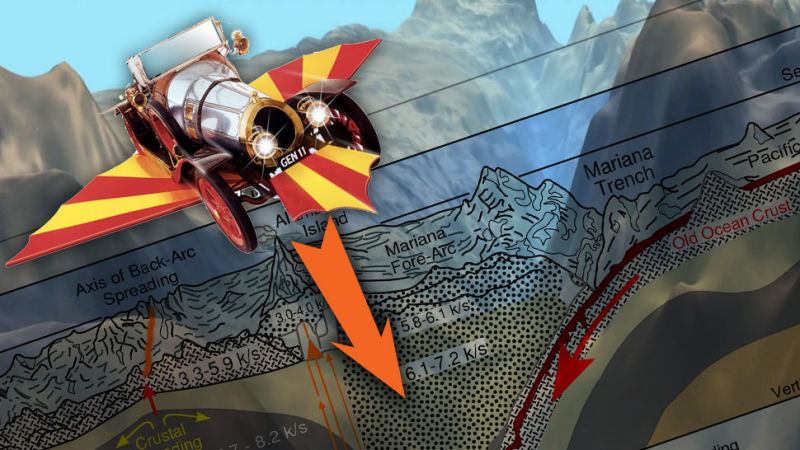 That funny tingling in your perineum can only mean one thing — it’s Would You Rather time again. Your brain needs these to keep your cerebellum moist and limber, you know, so let’s get to it.

This week’s automotive Would You Rather presents some difficult choices, so I hope you’re in a place where pacing around and pounding on walls in existential frustration are okay. Also, loud profanity.

So, would you rather:

You find an enchanted discarded bandage in your sandwich. Picking the bandage out from between the ham and liverwurst (you like gross sandwiches) the bandage glows and eerie green and reveals its true nature: it was once the bandage of the ancient Tarquanian god Uklu, the many-scabbed one, and for freeing it, it wishes to give you a gift: the ability to find a parking spot wherever, whenever you need it.

The parking spot-finding power works anywhere, anytime: downtown Manhattan at 10 AM, in the middle of London, anywhere. There’s just one catch: every time you use your gift, a very famous and respected celebrity will tweet something terrible about you.

The celebrity changes every time you park, and the tweets are different as well, but they’re all incredibly embarrassing or unflattering, some may even suggest criminal activity, and they go out to every single one of that prominent person’s followers.

or, would you rather:

After an accident involving a particle accelerator and a handful of humus, you find yourself with an extraordinary ability: you can manifest, in reality, absolutely any car that you read about in a work of fiction. Even crappy movie novelizations! It’s not exactly clear just how this works, but some scientist suggested something with quarks or superstring theory before they begged you to leave them alone, already.

It’s pretty amazing — any car in fiction: Chitty Chitty Bang Bang, the flying cars from Blade Runner, Herbie the Love Bug, anything. There is, of course, one hitch: these cars all appear in a massive airtight cavern inside the Mariara Trench.

You know your powers work because you’re somehow sent a picture of each car as it appears, and radar data suggests the cavern in the trench exists. Extracting the cars from the trench may be feasible, but it would be an enormous and expensive undertaking.

Maybe you can figure out a way? If not, does it even matter that you can make the cars real?

So there you go — one very real, tangible, and incredibly useful ability, at the cost of your reputation, or a wonderful power that you very likely may not even be able to appreciate at all.

Let’s hear what you think!