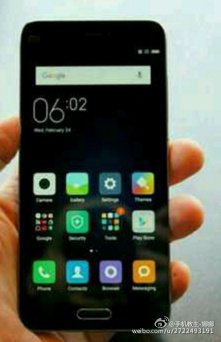 Xiaomi dominates the smartphone market in China, but the company may face a renewed threat from Apple with the launch of its budget-friendly iPhone SE. Now, a new report reveals that the Chinese phone maker could be gearing up to release a competing smartphone along the lines of a possible Mi5 mini.

The news comes from an online tipster, who claims to have friends in Shenzhen, China where most consumer electronics are assembled. The leaker notes that the new smartphone “looks like” the Mi5, but with a smaller 4.3-inch display. It also allegedly sports a 720p resolution, a Snapdragon 820 processor, 3GB of RAM, 32GB of storage, a 13-megapixel rear camera, a 2350mAh battery with fast charging, and a fingerprint reader.

The device will allegedly launch in June for 1799 Yuan (roughly $277). That’s a pretty sweet deal for what should be a solid smartphone. We don’t expect Xiaomi to offer the new handset in the U.S., but in China it could mean tough competition for Apple’s iPhone SE.