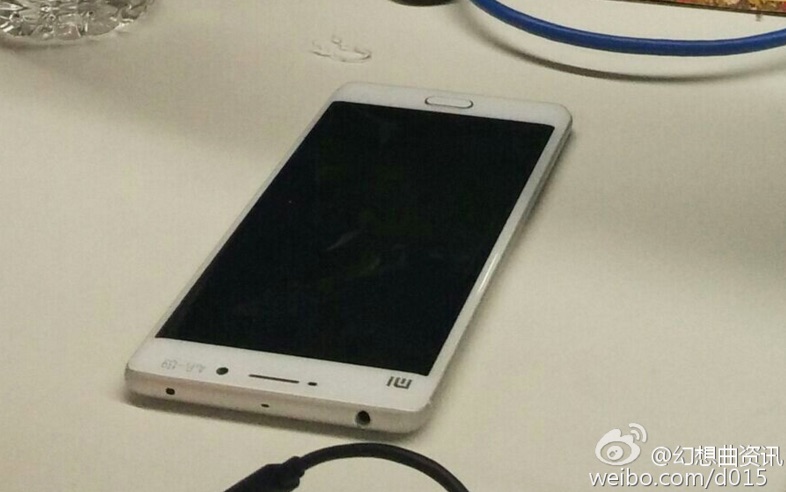 Xiaomi’s Mi5 is roughly a month away. The long-rumored smartphone, which some fans have been anticipating for over a year, is set to launch next month. Now we’re being treated to a close-up look at the Mi5 thanks to a leaked photo shared on Chinese social network Weibo.

The leaked Mi5 photo seems to match up with previous images we’ve seen. The device features a glass design with a metal ring around the edges, a home button/fingerprint reader just below the display, and a headphone jack up top. We’re also expecting a reversible USB-C port, though that’s not visible in this latest leak.

The Weibo tipster also adds fuel to recent speculation that the Mi5 could cost a lot more than its predecessor. Xiaomi may charge as much as 3000 yuan (roughly $455), up from about $320 for the Mi4. Even so, the company is apparently “confident” that the Mi5 will still be a success.

Xiaomi’s expected to pack the new phone with plenty of high-end hardware. including a Snapdragon 820 processor and a Quad HD display. The Mi5 may also pack 4GB of RAM, a 16-megapixel rear camera and an 8-megapixel front-facing shooter.

As far as we know the Mi5 won’t be available in the U.S. or Europe. Xiaomi’s still only selling its phones in China and a few other countries, though it’s still managed to become one of the biggest players in the mobile market. Eventually Xiaomi is expected to expand globally, but it could be another year or longer before that happens.