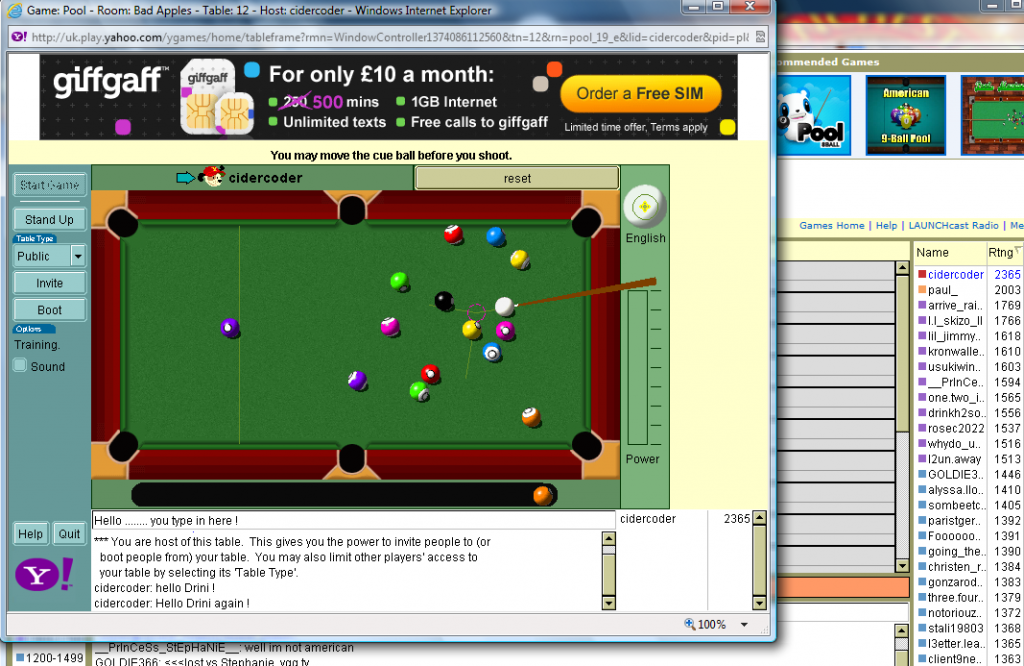 Yahoo announced on Friday that it’s shutting down several Web properties including Yahoo Games, which first launched in 1998. I fondly remember playing the mini games that existed on that site, and my favorite among them was Yahoo Pool – now a mobile app.

The site will officially close its doors on May 13, 2016, so enjoy it while you can. Yahoo is also shutting down Livetext, a site I’ve frankly never heard of that apparently allowed Yahoo to “experiment with new user experiences.” Yahoo is also closing Yahoo Astrology in some countries, Yahoo Maktoob and Yahoo BOSS.

The company will focus on other Web properties including News, Sports, Finance, Lifestyle, Search, Tumblr and Mail. Notice how Flickr wasn’t listed there. I wouldn’t be surpised to see that hit the chopping block next.