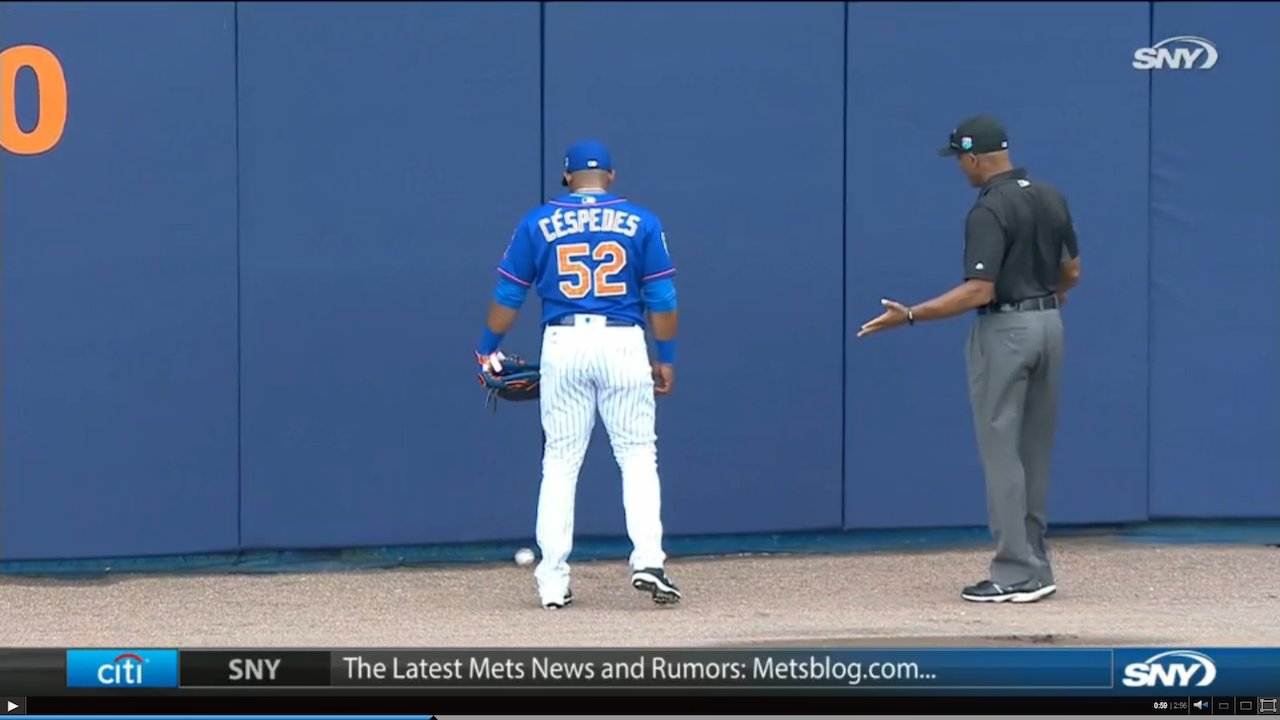 An inside-the-park home run is among the rarest and most thrilling plays in all of baseball — except, of course, when it occurs only because the outfielder decides not to pick up the baseball and throw it back to the infield.

When this happens, as it did Thursday with Yoenis Cespedes in the outfield of a Mets vs. Astros spring-training game, it becomes something else entirely — namely, a hilariously inept low-light destined for Not-Top-10 immortalization.

In the top half of the game’s second inning, Houston’s A.J. Miller lined what should have been a double over Cespedes’ head, and the ball landed on one hop at the bottom of the wall.

If the ball had been stuck, as Cespedes seemed to believe it had been, the umpire would have ruled the play a ground-rule double. We see this sort of thing happen all the time in the ivy at Wrigley Field.

But as you can clearly see here, the ball wasn’t stuck, and so Reed trotted around the bases while Cespedes and the umpire had this hilarious exchange:

It’s already been quite the spring training for Cespedes, who celebrated his new $75 million contract by arriving each day of a full week in a different flashy car — and then, lastly, atop a horse. If his bold entrances and apathetic defense are any indication, his first full season in New York should be interesting.

Cespedes, for his part, didn’t seem to upset with himself after the inside-the-park homer. Is Yoenis Being Yoenis the new Manny Being Manny?

Here’s the full highlight, via MLB.com: