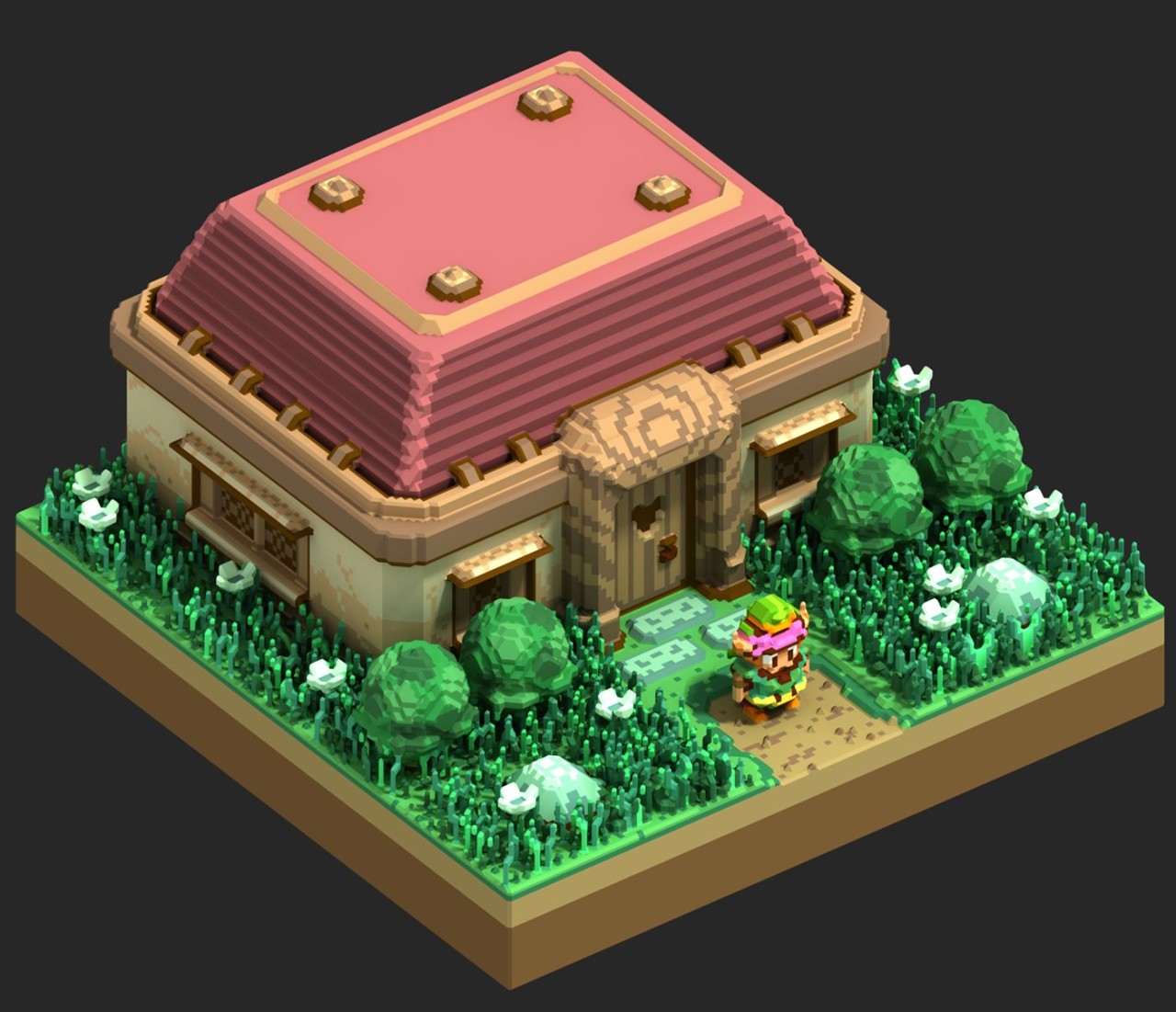 I absolutely want Nintendo to see these images and make a 3D isometric The Legend of Zelda title that looks exactly like them.

Artist Sir Carma created the five images you see in the gallery at the head of this post. The tool they used is called Magica Voxel, and the result is pretty darn astounding.

The inspiration seems to blend both, obviously, The Legend of Zelda: A Link to the Past and 3D Dot Game Heroes. Don’t remember that game? I get it.

3D Dot Game Heroes is a title from FromSoftware (yep, the same folks behind the Souls series) that released on the Play Station 3 back in 2009. It openly adores the Zelda franchise, and it does so while looking gorgeous. See for yourself.