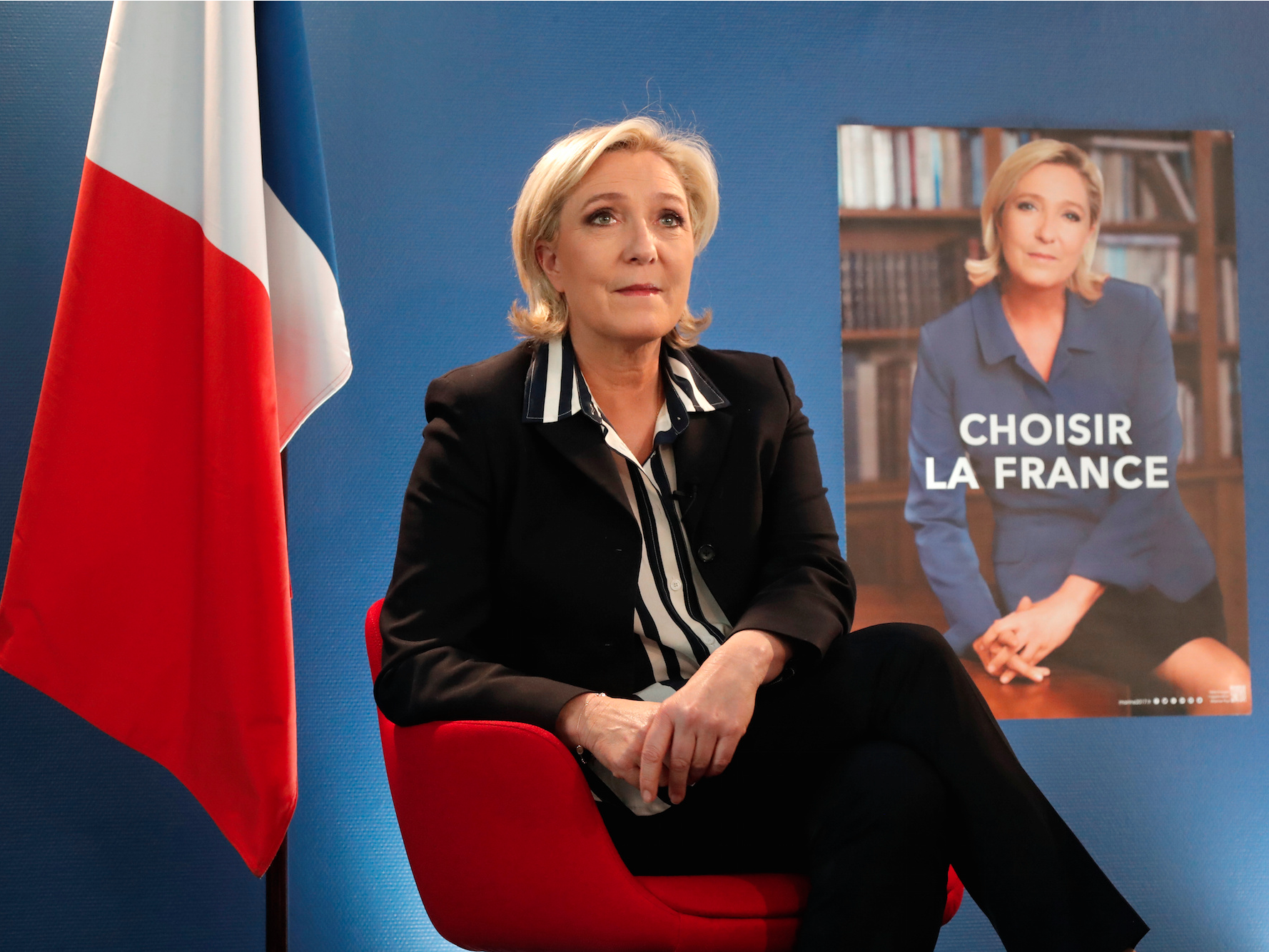 Here comes the Fed. The Federal Reserve will release its latest policy decision at 2 p.m. ET. While expectations are low for the Fed to raise rates at Tuesday’s meeting, World Interest Rate Probability data provided by Bloomberg shows a 69.6% chance the central bank moves in June.

Le Pen and Macron debate. Far-right candidate Marine Le Pen and centrist Emmanuel Macron square off in one final debate on Wednesday before the second round of the French election is held on Sunday. The polls show Macron with a 20-point lead over Le Pen, Reuters says.

JPMorgan is prepping to relocate hundreds of London bankers. The investment bank will relocate “hundreds of people” to offices in Dublin, Frankfurt, and Luxembourg if the UK leaves the European Union, Daniel Pinto, head of investment banking at JPM, told Bloomberg.

Apple whiffs on revenue and iPhone sales. Apple earned $2.10 per share on revenue of $52.9 billion as iPhone sales came in at 50.76 million, flat versus a year ago.

Twilio crashes on guidance. Shares of the cloud communications company crashed 26% following Tuesday’s closing bell after the company forecast an adjusted full-year loss of $0.27 to $0.30 on revenue of $356 million to $362 million. Both were well shy of expectations.

Etsy’s CEO is stepping down. The company announced flat earnings, CEO Chad Dickerson is stepping down, and that it will eliminate about 80 jobs, or 8% of its workforce. Shares tumbled by up to 14% following the news.

Weight Watchers posts dynamite earnings. The weight loss company earned $0.16 per share, easily beating the $0.04 that Wall Street was anticipating, and raised its full-year earnings forecast to $1.40 to $1.50 per share from $1.30 to $1.40. Shares gained as much as 11.4% in extended-trading on Tuesday.

Earnings reporting remains heavy. Molson Coors, Time Warner, and Yum are among the names reporting ahead of the opening bell while Facebook and Tesla highlight the list of companies releasing their quarterly results after markets close.

US economic data flows. ADP Employment Change will be released at 8:15 a.m. ET before Markit services PMI and ISM non-manufacturing cross the wires at 9:45 a.m. ET and 10 a.m. ET, respectively. The US 10-year yield is up 1 basis point at 2.30%.

NOW WATCH: Warner Bros. might have to pay $900 million if it can’t prove ghosts are real