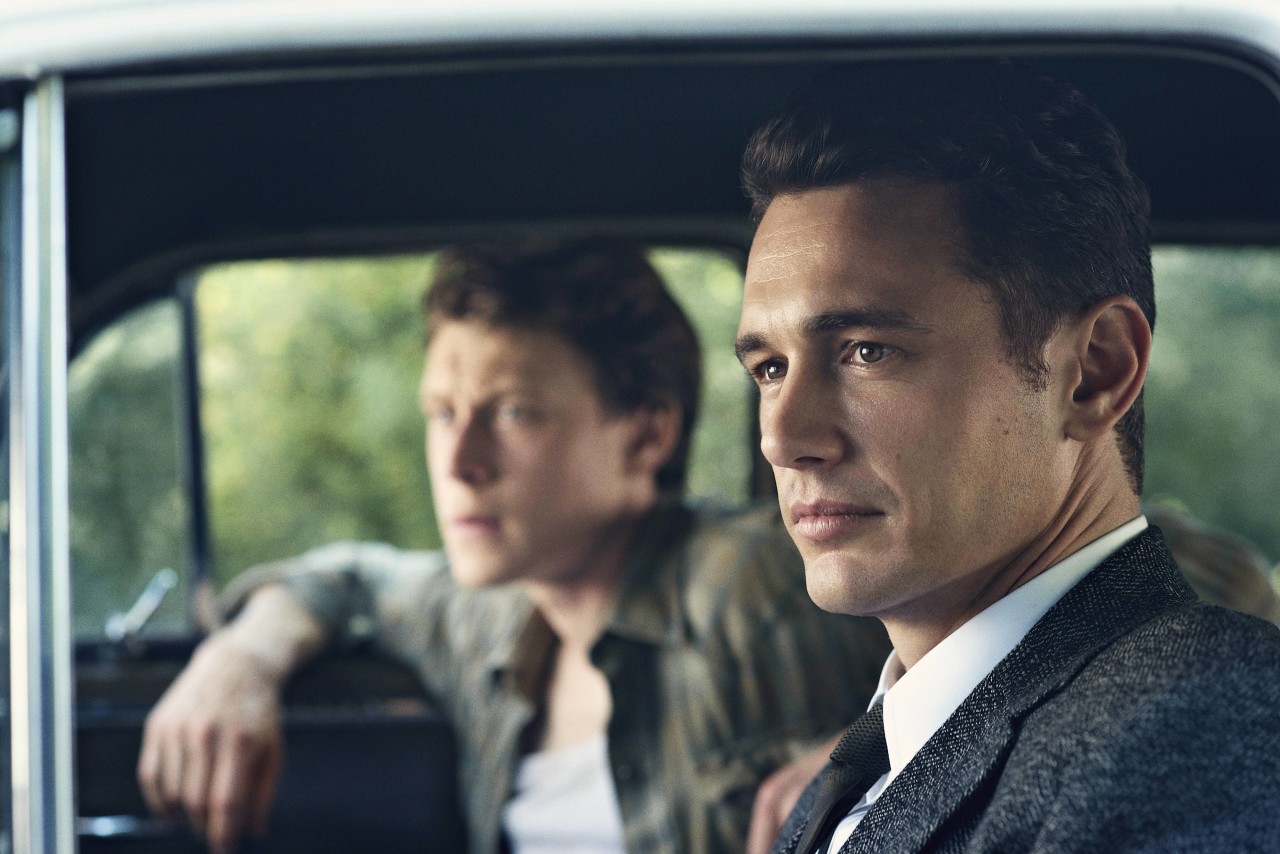 You know it, I know it: Netflix has become the streaming king among its peers, the early leader in the fight for a future in which original content is a key differentiator. When a show like Making A Murderer isn’t drawing attention to the criminal justice system, Jessica Jones is proving that women are just as strong and capable as their male counterparts.

So it should come as no surprise that other services are scrambling to keep up. Amazon has come into its own with award-winning shows like Transparent and Mozart in the Jungle, and now Hulu is putting up a fight, starting with 11.22.63, premiering on Monday, Feb. 15.

The show is based on Stephen King’s sci-fi book of the same name (11/22/63), and tells the story of Jake Epping, a disillusioned English teacher who is suddenly thrust into the role of reluctant time-traveler. His mission? Stop the murder of John F. Kennedy by Lee Harvey Oswald.

As you can imagine, changing the past doesn’t come without its challenges.

Note: Although I don’t spoil the show’s major plot points, there are some minor spoilers in this review.

Starring James Franco as Epping, and produced by J.J. Abrams, the 8-part mini series is ultimately an uneven portrayal of King’s novel, meandering from one event to the next until finally making an all-out, and unconvincing, sprint during the finale. There are some truly shining moments, and as a whole, 11.22.63 is a thrilling game of “what if.” But it ultimately lacks the conviction and intrigue that made King’s novel such a classic.

As a show that attempts to juggle the political, economic and social injustices of the early 1960s, 11.22.63 does a magnificent job of capturing a particularly turbulent era in American history, where bathrooms are segregated and divorce is taboo. Fedoras are convincingly cocked, attire is reminiscent of Mad Men, and music is used to great effect, revealing a country in search of an identity during a difficult period of transition.

Like watching Marty McFly struggle to acclimate to his new surroundings in Back to the Future, 11.22.63 uses the vehicle of time travel well to show Jake grapple with a world far removed from the progressive America he knows in 2016. But his purpose there becomes increasingly dubious, frequently diverting down unnecessary paths. In the end, we’re left to wonder: What’s the point?

Here’s how the time traveling works: Jake comes across a small diner in his hometown of Lisbon, Maine, and winds up speaking to the proprietor, Al (played by Chris Cooper). One minute Al is fine, and the next, he’s old and stricken by cancer. Al explains that his appearance is attributable to him spending years in the past, where he was attempting to stop the assassination of JFK. In disbelief, Jake is shown the time portal, which exists in the diner’s pantry.

Every journey through the portal transports the traveler to Oct. 21, 1960, at precisely 11:58 a.m. No matter what, that is when the time portal takes travelers back to; not earlier, not later. When someone travels back in time, no matter how long they spend there, only two minutes elapse in the present. So Jake could spend 10 years there, but only two minutes will have elapsed in 2016. Finally, repeat uses of the time portal will “reset” the timeline and any subsequent changes.

With these rules in mind, Al somehow convinces Jake that he must go back and succeed in preventing the assassination of JFK, which Al was unable to do despite procuring a wealth of information about the day in question, 11/22/63, and the person who supposedly perpetrated the act, Lee Harvey Oswald.

The setup is easy to follow and uncomplicated, but not entirely convincing. Aside from speculating the Vietnam War would have been prevented if not for JFK’s death, Al seems to only half-believe what he’s actually asking Jake to do. For whatever reason, Jake is game, ostensibly ready to escape his life as a recent divorcee.

Once Jake does decide he’s willing to travel back in time, the show bounces between genres of historical drama, science fiction and horror, successfully sustaining a high level of tension, especially after Jake teams up with a young man named Bill (George MacKay) and begins surveilling Lee Harvey Oswald (Daniel Webber). But the show diverts so regularly that the main mission loses some of its sizzle.

Before traveling back in time, Jake is warned that the past has a tendency to “push back” when it feels it’s being changed, making his task doubly hard. Thing is, Jake puts himself in so many unfavorable situations that time doesn’t need to do much of anything; he gets in his own way. You always get the feeling he’s way over his head, ill-equipped to be the time-traveling hero Al believed him to be.

Franco often gets in his own way, too, appearing as a fatigued, angry figure when Jake should be scared and confused. Franco’s performance aside, 11.22.63 does display some terrific acting, especially from MacKay and Webber, who are both tortured and tragic characters. MacKay in particular displays a wonderful skill; he’s loyal, caring and committed as someone who is looking to make something of himself. Webber, meanwhile, is frantic, paranoid, yet simultaneously calm and composed. It’s a delicate act that presents someone who, still to this day, remains a mysterious and fascinating figure.

Jake’s romance with Sadie (Sarah Gadon), meanwhile, is sweet and tender, but she merely becomes a distraction in the overall narrative, something Jake refuses to acknowledge despite every sign of the past pushing back. And when a crucial moment occurs at the show’s conclusion, I had no other reaction than to shrug.

Hulu picked one hell of an adaptation as its flagship original. Stephen King’s works are often difficult to adjust for the small (and big) screen, and 11.22.63 is no different. Despite its missteps, I still really enjoyed the series for what it is: a fun study of nostalgia, and an exploration of the Butterfly Effect. If you’re into sci-fi mystery, 11.22.63 delivers an entertaining ride that has a nice historical angle. If this is what we can expect from Hulu going forward, the service will be just fine as one of the market’s premier content creators.